‘All Or Nothing: Juventus’ Trailer Shows Andrea Pirlo Chewing Out His Team 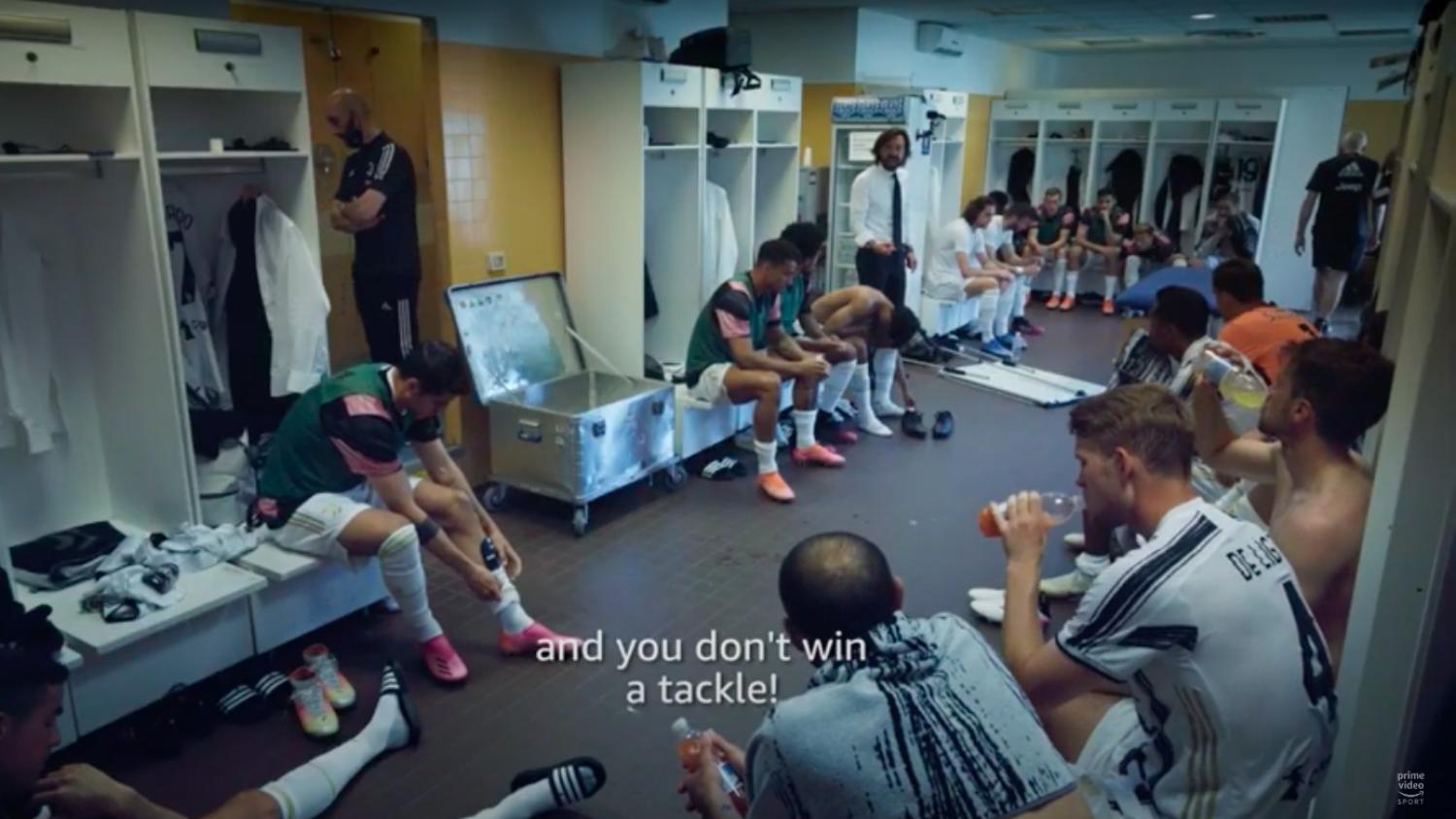 This particular season of the hit Amazon show should be loaded with drama.
YouTube

Juventus’ 2020-21 season, Andrea Pirlo’s first and only in charge, was a failure by the club’s own lofty standards. Pirlo delivered the Coppa and Supercoppa, but Juve’s nine-year grip on the Scudetto was ended by Inter Milan while Cristiano Ronaldo’s Champions League dream was humiliatingly crushed by Porto in the Round of 16.

The fallout was immense with Pirlo sacked and Ronaldo sold, making the campaign one of Juve’s most dramatic — thankfully, Amazon Prime Video Sport was there filming it all.

Coming this November, “All or Nothing: Juventus” looks at the “entire Juventus season from a completely new and unmissable inside point of view.”

If you’ve ever wondered what an angry Andrea Pirlo looks like, the official trailer reveals the previously unimaginable.

“It’s the match of our lives, and you don’t win a tackle!” Pirlo yells in the dressing room. There’s also the throwing of shirts, the kicking of equipment and all sorts of demonstrations of aggro. It looks great.

It also looks like Weston McKennie will feature pretty regularly, as well as the bromance between Giorgio Chiellini and Leonardo Bonucci.

If you’re interested in more, Amazon is releasing a six-episode series called “FC Bayern — Behind the Legend” on Nov. 2.

This will be Amazon’s fourth “All or Nothing” series focused on soccer. Previous seasons include Manchester City (2018), Tottenham Hotspur (2020) and Brazil at the 2019 Copa América (the best one in this writer’s opinion).

Filming is currently underway in London for “All or Nothing: Arsenal,” which is set for release in 2022.