This Goalie Scored A Dribble Goal Better Than Most Strikers' Efforts 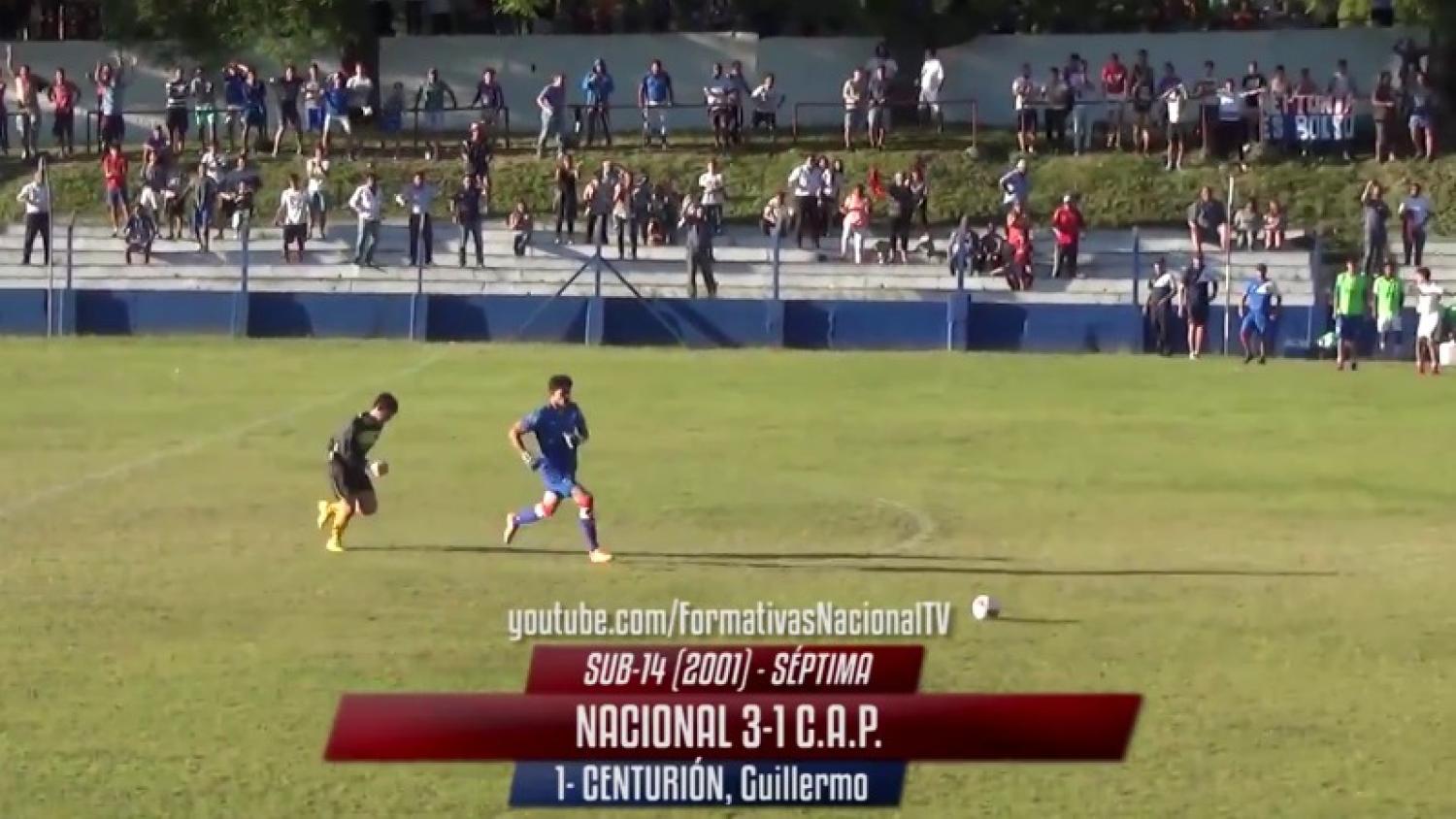 Where counterattacks are concerned, the keeper's job is distribution. Get the ball, get it to one of the field players, put everything in motion then get back in your goal.

This is not what Nacional's U-14 goalkeeper, Guillermo Centurion (what a name!) had in mind when he intercepted a corner kick.

Instead of distributing to a field player, he distributed to himself. Then he led the counter, dribbled the length of the field, embarassed the other team's keeper and coolly slotted the ball home.

This goalie dribble goal is remarkable for a number of reasons, not least of which is the sheer testicular fortitude required to even think about doing such a thing if you're a goalie. Like what is he had messed up and the other team got the ball? Then he's not in the net and Nacional probably get scored on. Those are the breaks, I guess.

I feel like we need to talk more about how great a name "Guillermo Centurion" is. That is an absolutely effing phenomenal name. The kind of name that makes you an automatic candidate for lead actor in an action movie, or allows you to score a cool goalie dribble goal.