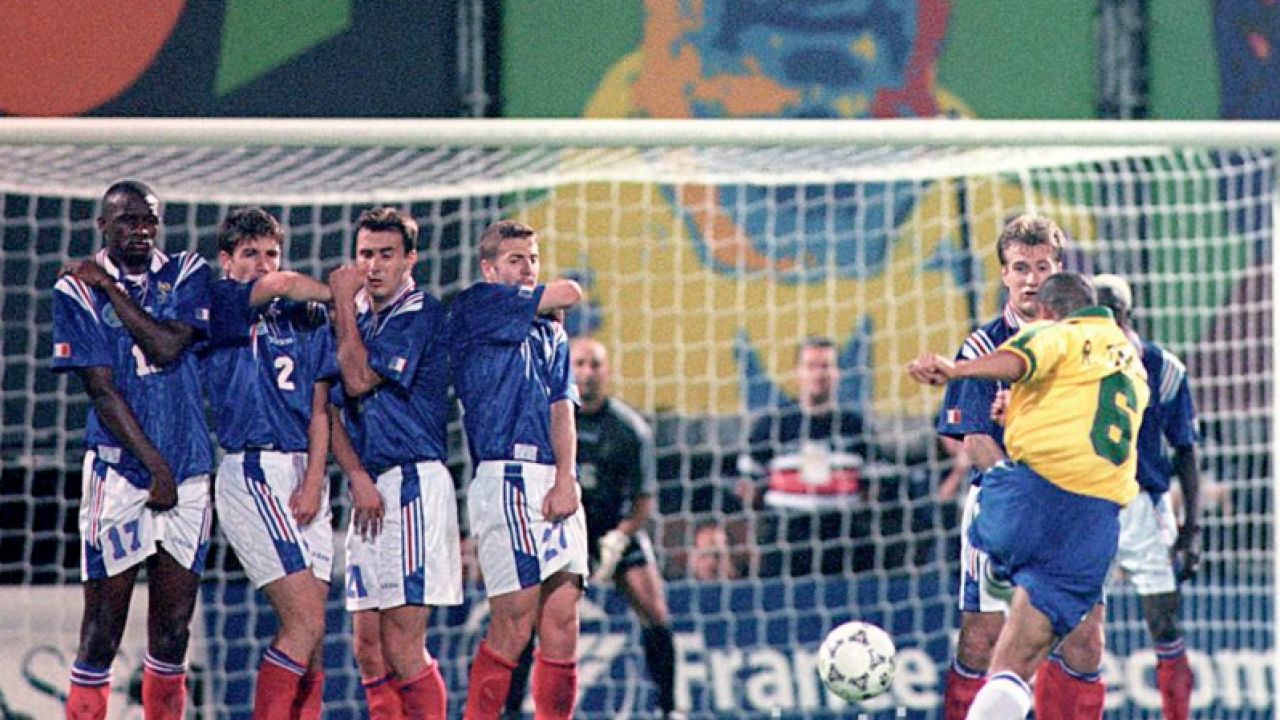 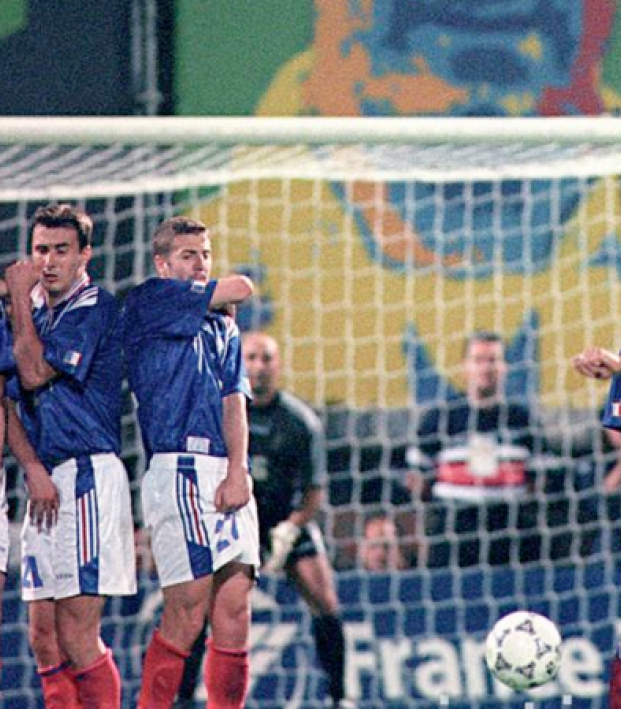 Ask any soccer fan, and they will know about the Robeto Carlos free kick goal. It is considered by many as the best free kick ever taken, and has even gained haters along the way who contest that Carlos didn't mean to do it. We say that's some b.s, and think Carlos knew exactly what he was doing before he executed the most cold blooded free kick ever.

Now, don't expect some dramatic tale about how Carlos' free kick was in the 90th minute of some huge tournament. The stage was the 1997 Tournoi de France, which was essentially a form of today's Confederations Cup. The warm up for the 1998 World Cup in France had only four participants (France, Brazil, England, Italy) in a round robin tournament with the winner of the group taking the trophy. The host country took on Brazil in the opening match of the tournament in what was actually one of the lesser attended games of the tournament. Which is sad considering history was made in this somewhat meaningless match. In the 21', Ronaldo got fouled trying to split defenders, earning the Brazilians a set piece from about 36 meters out. Roberto Carlos approaches the ball and tells his teammate to scram, as this is his moment. He sets the ball down and then walks back a good 25 feet behind the ball. He starts his gallop, and proceeds to rip a left footed shot so far right of the goal, that a camera man off to the side DUCKS. He ducks, people. The ball then takes a wicked banana bend and kisses the post into the back of the net. French keeper Fabien Barthez can do nothing but watch. He, just like the camera man on the side thought the ball was going to be well wide. He was wrong. 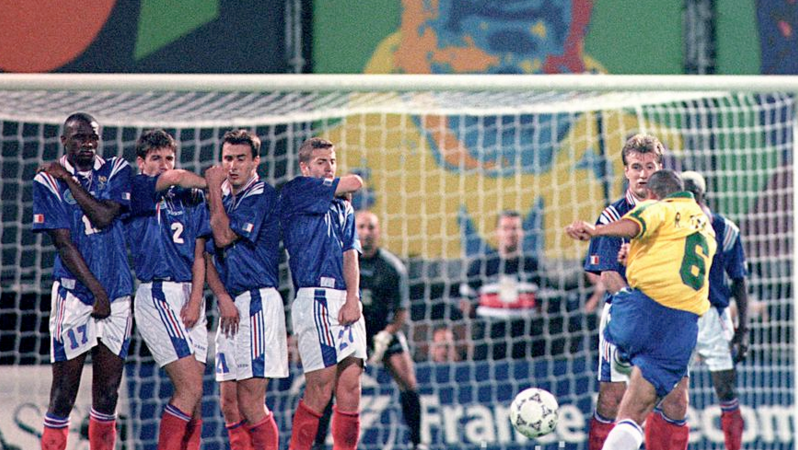 The moment Robert Carlos scored one of the most improbable free kicks ever. (Photo@bet365 | Twitter)