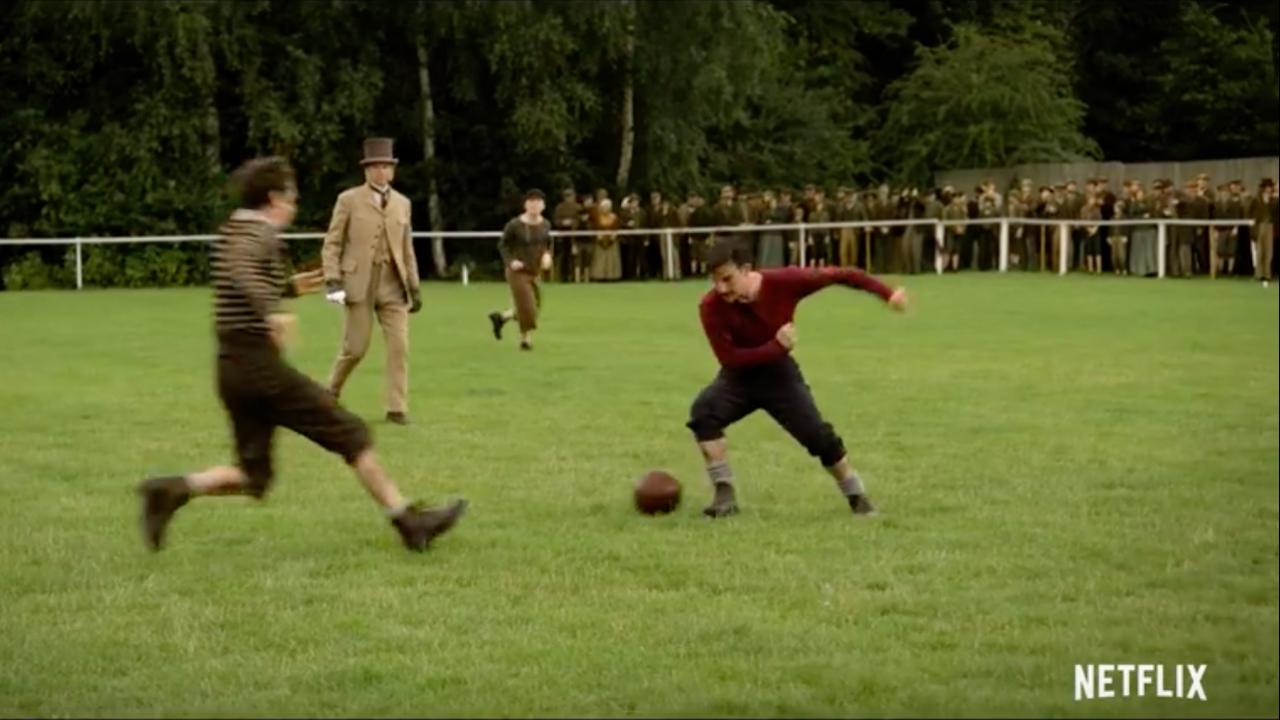 The Trailer For Netflix's “The English Game” Is Finally Here

When we told you about Netflix’s newest drama The English Game earlier this month, we still didn’t have our hands on the trailer. But that’s no longer the case as the film — the next project from Downton Abbey creator Julian Fellowes — has a two-minute spot to promote it ahead of a scheduled release of March 20.

The six-part drama will chart the origins of football in Northern England in the mid-1800s with Edward Holcroft (the Kingsman franchise) playing Arthur Kinnaird (player turned president of the FA for 33 years) and Kevin Guthrie (Sunshine on Leith) playing the role of Fergus Suter (the first professional footballer).

“There’s a certain passing of the baton from Kinnaird, who’s slightly towards the end of his career, to a boy (Suter) that he sees is going to take the game where it needs to go,” Holcroft explained. “Kinnaird sees the vision. He says to his players and friends, ‘You don’t see this. This is where the game has to go — the passing game. It’s beautiful. They need to play it, and we need to help them.’ It’s that recognition in one another, I think, that makes them so special.”

Amidst the backdrop of social changes in Britain and changes on the pitch, Fellowes is hoping to capture how those involved in the creation of the sport reached across the class divide to establish football as the world’s most popular game.