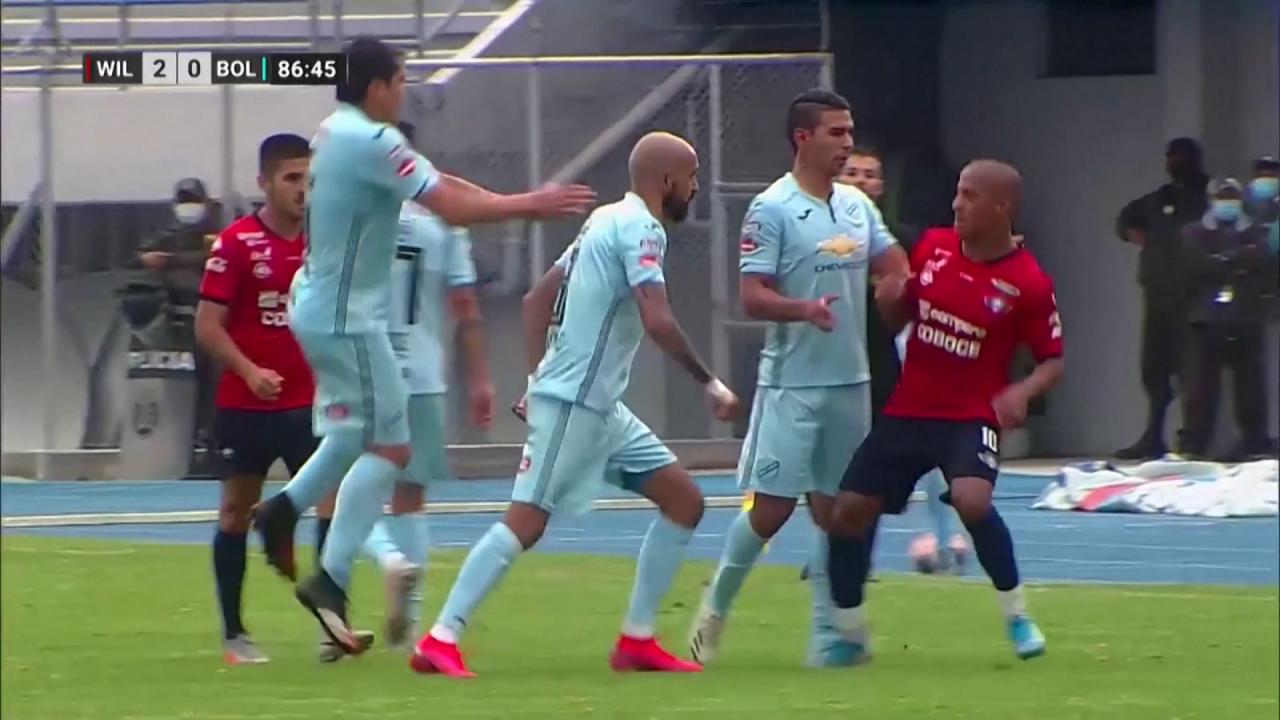 Bolivar Couldn't Keep It Together In The Home Stretch

A fight broke out in the 82nd minute of the Bolivian Primera Division match between Jorge Wilstermann and Bolivar on December 29.

The hosts Jorge Wilstermann had just scored to make it 2-0 meaning Bolivar would move from first place to third in the table with just one match left to play.

With the league title slipping from their grasp one player, Argentine Marcos Riquelme took matters into his own hands when he appeared to be provoked by Wilstermann's Serginho.

Replays showed after the ball had gone out for a throw-in that Riquelme responded to something Serginho said to him.

It resulted in a brawl with players from both sides getting involved.

Riquelme was shown a red card while Serginho was also sent off after receiving a second yellow card for his part in the incident.