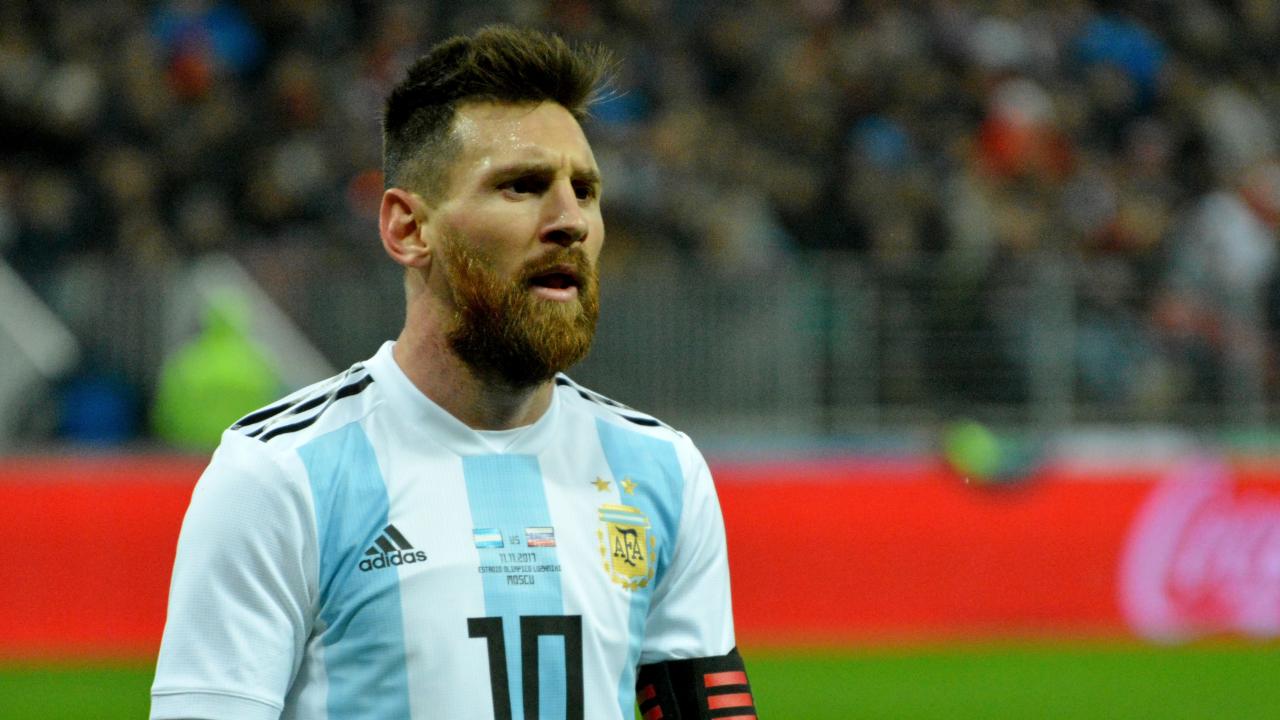 The 2018 World Cup is in Russia so we can’t wait to make fun of Vladimir Putin, the only world leader with more shirtless pictures than Cristiano Ronaldo. The cat-loving demagogue is more of a hockey fan but we wouldn’t be surprised if he used threats of violence to ensure the Russians perform well. And if Russia can’t beat Saudi Arabia, we may as well call the Russian president Sadimir Pouting. Eh? See what we did there?

The record for largest deficit overcome to win a match in World Cup history is 3, accomplished by Austria and Portugal, both in quarterfinal matches. In 1954, Austria fell behind host Switzerland 3-0 before winning 7-5, setting the record for most goals in one match. In 1966, Portugal shockingly trailed North Korea 3-0 after 22 minutes, but the great Eusebio scored four goals as his team won 5-3.

Most national teams have nicknames but some are better than others. Some teams like Brazil’s Seleção, Germany’s Die Mannschaft and Russia’s Sbornaya “The National Team” are a bit derivative and there are too many color names like Les Bleus and La Albiceleste. We

love animal nicknames like the Green Falcons (Saudi Arabia), Atlas Lions (Morocco), Super Eagles (Nigeria) and Three Lions (England). But our favorites have to be the Pharaohs (Egypt) and Socceroos (Australia).

Fox is taking an interesting strategy to its coverage of the 2018 World Cup in Russia. While they will have an actual studio set up in Moscow, like we have here at the 18,  most of the matches will be called by announcers in a studio in Los Angeles who are unable to see any more than the international feed you will be watching. Get ready for plenty of delayed reactions confused announcers, and games with no commentary at all with announcers still stuck in traffic.

Every World Cup has plenty of crazy moments, but here are our favorites from the first 20 editions: The U.S. beating England in 1950, West Germany’s Harald Schumacher annihilating France’s Patrick Battiston without punishment in 1982, Diego Maradona being thrown out of the 1994 World Cup and the Battle of Nuremberg in 2006, in which there were a record 16 cautions and four ejections between Portugal and the Netherlands.

Here are some fun facts about Russia, home of the 2018 World Cup: The Russian language uses the Cyrillic alphabet, (my favourite leter is backwards R). Russia is the largest country in the world, nearly twice as big as second-place Canada (Antarctica isn’t a country). The name “Russia” actually comes from a band of Scandinavians who settled in Novgorod. Three times in the late 1700s Russia partitioned Poland (along with Prussia and Austria) until the country no longer existed.

Soccer hooligans in Russia are no joke, often gathering far away from stadiums just to have fistfights between rivals. During the 2016 European Championship, Russia was nearly disqualified because its unruly fans rioted and wreaked havoc in Marseille surrounding a match against England. Hopefully the fans behave this summer.

#9 What Teams Should You Support Now That U.S. Didn’t Qualify

The U.S. isn’t in the World Cup so American fans everywhere are asking who to support this summer. If you like neighbors, you should root for Mexico. If you’re a front-runner, go for Germany. If you’re a hipster, learn Iceland’s Viking chant. If you like scoring, cheer for Belgium. If you want disappointment, be an England fan. If you want chaos, follow Uruguay. If you love cool uniforms, watch Senegal. If you enjoy dancing, jump on the Colombia train.

#10 Something About Mexico’s Team

Mexico’s run of six straight Round of 16 eliminations is in jeopardy after being placed alongside Germany, Sweden and South Korea in what’s widely considered the grupo de la muerte. The world will come to a halt for 90 minutes when El Tri opens against the defending world champions in Moscow, and Mexico players will know that history awaits. Probably in the form of a 7-1 loss.

#11 Is The Russian Team Doping?

If you believe Rocky IV, you’ll know that Russia is populated by Ivan Drago types — Olympic gold medalists running off anabolic steroids and a good, healthy sense of nationalism. This Russian team must break you. And then it must enlist the help of the Federal Security Service and switch its steroid-tainted urine with clean samples, evading positive detection by FIFA.

You could argue that the real winners are the friends we make along the way, but sports bookies say it’ll either be Germany or Brazil. This should come as no surprise — the two nations have combined for nine titles; the rest of the world, all together, has 11. The main threats to the hegemony are Spain, France and Argentina, but betting against this German team is like betting against seeing Cristiano Ronaldo’s abs this summer.

Lionel Messi enters the World Cup on the backend of another sensational season for Barcelona. The Argentine won the European Golden Boot after scoring 34 goals in 35 games, and he’ll get plenty of opportunities during the group stage. I mean, it’s Iceland, in its first-ever World Cup, against the greatest footballer of all time. The Golden Boot could belong to Messi after just one match. Even if some of his goals get credited to Harry Kane.

The World Cup will take over FOX and Twitter this summer, two of Donald Trump’s favorite things, so it’s a certainty that the president will get involved. But what will POTUS say? Like any fan, he’ll likely be left enraged by a refereeing decision, accuse others of a witch-hunt, threaten to pull the U.S. out of FIFA and then outlaw the act of playing soccer as part of #MAGA reform. - Insisting that proper football should be played mainly with the hands or not at all… or that could just be fake news.

2014 gave us #ThingsHowardCouldSave and #TimCahilling, but what will 2018 offer in terms of annoying hashtags that last for an entire month then disappear for good like a vuvuzela? Well, if it’s just as annoying as it is brilliant, we know it’ll be supplied by Neymar. This past year, Neymar has already been involved in #SeQueda after which he left, but we predict a summer of #Neymarcializing in Russia. That’s when you refuse to speak with your teammates in favor of dancing with a shoe on your head.

After his whole insistence on being at the World Cup turned out to be nothing more than a massive marketing ploy for Visa, the question quickly becomes: was Sweden right to omit Zlatan Ibrahimovic from its World Cup squad? In short, absolutely. Why aren’t the Netherlands and Italy at the World Cup? Because of Sweden, and the Nordic nation knocked out those two giants of the game without Zlatan. tack så mycket och hejdå!

Between ’94 and 2010, we all watched in horror as the average goals per game at the World Cup steadily declined from 2.71 to 2.23 (devastating). Many feared the worst for international football, but Brazil 2014 saw a glorious return of goals, and Russia promises more of the same. Defending just isn’t en vogue. You get criticized on social media for being boring, and then you spend your night crying alone thinking of the shots you never had..

#18 Changes You Need To Be Aware Of

There will be two big rule changes at the 2018 World Cup: the use of the Video Assistant Referee (by referees that have never used Video Assistant Referees) and the allowance of a fourth substitute in matches that go to extra time. VAR will allow officials to continue to make terrible decisions whilst looking at a television. But what about the fourth substitute? Doesn’t that just favor the depth of bigger nations? That doesn’t seem right.