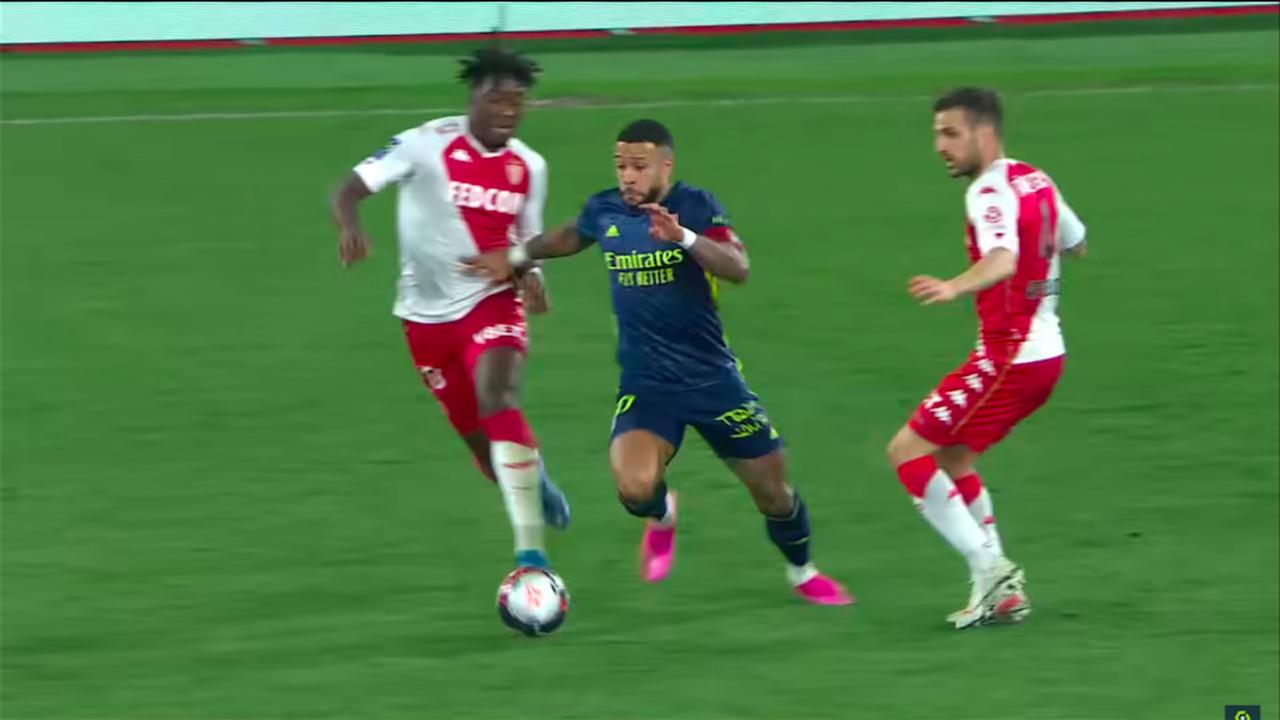 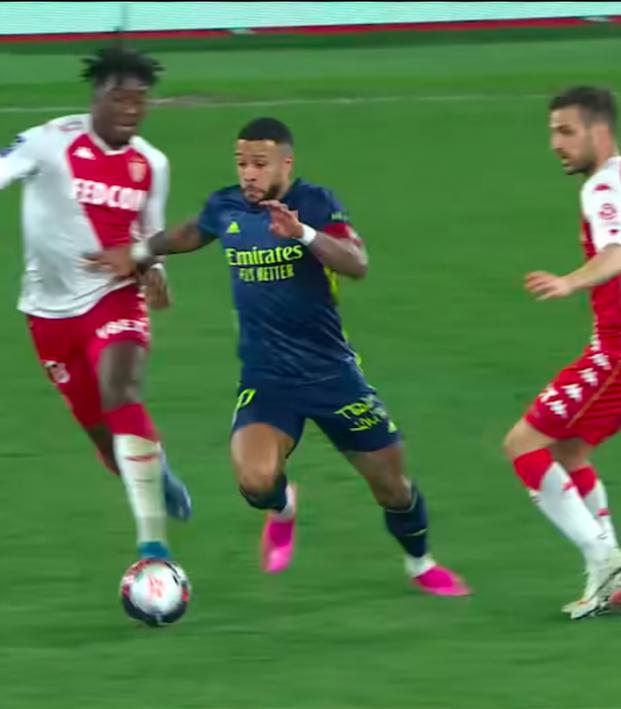 Liam Hanley May 3, 2021
The match featured five goals and five red cards, and the result now means that Monaco is five points out of first place with three matches to go.

It was a fiery weekend across French football as 10 red cards across an equal number of Ligue 1 matches punctuated both a riveting title race and the tense fight against relegation.

At the bottom end of the table, a 15th-minute red card for Angers helped Lorient stay four points clear of the drop zone, while in Bordeaux, Steven N'Zonzi's eighth-minute sending off for Rennes helped the hosts maintain a five-point cushion from the bottom three.

But the most exciting, and fittingly, most contentious match of the weekend was a five-goal thriller in Monaco — a match that featured 39 fouls and five red cards.

Monaco came into the match in fantastic form, as 14 wins in seven matches took the club up to third place — just two points off league leaders Lille. Lyon entered the weekend in fourth, six points off the top, following a devastating 3-2 defeat to Lyon a week ago.

The hosts were missing inventive attacker Aleksandr Golovin following a positive COVID-19 test, but Kevin Volland gave Monaco the lead in the 25th minute by beating his defender for pace to latch on to a through ball and slot home past the keeper.

The scoreline remained the same until after halftime, when a bit of Memphis Depay magic — plus some luck — helped Lyon equalize. The Dutchman cut in from the right wing and slalomed past three defenders off the dribble before his left-footed strike deflected past the Monaco keeper.

An improved Lyon side held nearly two-thirds of the possession in the first 25 minutes of the second half, but in the 70th mintue Lyon midfielder Maxence Caqueret received a red card after committing his second bookable offense.

The possession stats swung in favor of Monaco, but 10-man Lyon took the lead with less than 15 minutes to play as center back Marcelo rose highest to head home from a Memphis Depay free kick.

The drama was far from finished though, and in the 83rd minute, a mis-timed clearing punch from Lyon keeper Anthony Lopes caught Monaco striker Pietro Pellegri square in the face.

While a penalty was not originally awarded on the field, a VAR review gave Monaco a spot kick and Wissam Ben Yedder's clever panenka tied the match at two goals apiece.

The hosts then nearly made it two goals in two minutes. Ben Yedder threaded a through ball to substitute attacker Willem Geubbels, but he was brilliantly denied by an on-rushing Anthony Lopes, who then swatted the ball to safety after the initial save.

The remaining minutes of the match were sloppy and frantic as neither side was able to maintain possession. Monaco sensed a victory was within reach against an under-manned Lyon side, yet in the end, the decisive goal went the way of the visitors.

Just two minutes after 19-year-old Willem Geubbels was denied a winner for Monaco, Lyon's own teenage sensation, Rayan Cherki, found the back of the net.

After some beautiful combination play, Cherki side-footed the cut-back pass into the side netting of the far post for the first Ligue 1 goal of his career. The recipient of a heart-breaking 3-2 defeat last weekend, Lyon was now on the right side of a five-goal thriller.

The tension then climaxed after the full time whistle. A scuffle near the center of the field saw two players shown post-match red cards: Willem Geubbels and Pietro Pelligri for Monaco, and Marcelo and Mattia De Sciglio for Lyon — bringing the match total to five dismissals.

We've got a scuffle at the end of #ASMOL!!!  pic.twitter.com/kb1mXnObSB

Monaco is still third in Ligue 1, but the defeat likely ended their title hopes as the club is now five points behind league leaders Lille with three matches to go. Lyon held on to fourth place, maintaining the six-point gap between them and Lille, but more importantly, the club is just one point behind Monaco — who is currently holding on to the third and final Champions League qualifying spot.

What an end to the Ligue 1 campaign this is shaping up to be.