Liam Hanley June 4, 2021
For years, Thistle has been a trailblazer in the mascot game. Now, the club finally has a high-quality jersey to match.

It's been a pretty good couple of days for the social media team over at Glasgow-based soccer club Partick Thistle.

First, they made a brilliant signing-announcement video that combined the song "Breakfast at Tiffany's" by 90s one-hit-wonder Deep Blue Something along with a spliced message from manager Ian McCall, which went viral to the tune of 25,000 likes on Twitter.

Then the very next day, they had the privilege of unveiling one of the smartest kits to ever grace the world of Scottish football.

While Partick Thistle is no stranger to media frenzies, it has often struggled in the realm of kit design. The club has the unfortunate distinction of possessing an unsightly yellow, red and black color scheme.

In a good year, the kits are inconspicuous. In a bad year, Partick Thistle's home strip resembles a combination of West Brom's awful third kit from this year and the peculiarly-sponsored Burger King shirt from Stevenage a season ago — both of which were included in our "Worst Kits of 2020" summary.

Color schemes are not the club's forte, but the one positive for the Thistle online marketing team has been its memorable history of mascots, something that has helped the club gain popularity in recent years. First was Pee Tee, an exotic purple parrot with a Thistle scarf .

Then came Jaggy McBee, a friendly pollinator born out of a sponsorship with Scotland-based flavored water company MacB. Despite McBee's fun-loving exterior, "Aberdeen fans were notorious for wanting to fight him".

Jaggy survived for four years until The Jags unveiled a new mascot sponsorship in 2015. Thistle partnered with Californian investment firm Kingsford Capital Management to develop the most divisive mascot the football world had ever seen: Kingsley.

Kingsley is a unibrow-sporting ray of sunshine with a jagged smile that has been described both as "the mascot of children's nightmares" and "the best thing that has ever happened to the Jags." Half the time he can be found wearing a kilt, while the other half he is suspiciously pantless, but he is always the topic of conversation among Scottish football fans.

Art critic Jonathan Jones of the Guardian wrote that Kingsley was "art at its best." "Shrigley’s (the artist) demonic mascot is a fan yelling for its team: its mouth would willingly gobble up the opposition. This is a terrific piece of sporting art — a roaring manifestation of soccer’s energy."

Thistle's new mascot went viral, and according to Partick Thistle general manager Ian Maxwell, the unveiling of Kingsley "generated the biggest amount of publicity from a sponsorship launch in Scottish football history," as demand for Kingsley-related gear well out-paced the supply.

It's been almost six years since Partick Thistle went viral and sold out of Kingsley merchandise, but the Jags club shop better be ready come Friday, because social media is already buzzing about Thistle's new away kit — already an early contender for kit of the season:

A close-up look at the new kit!

It's available in-store and online tomorrow at 10am.

While the design is simple, it excels in so many ways. First, it is a welcome break from the overwhelming ketchup and mustard theme of the club's home kit. The white base allows for the red and yellow to be accent colors — where they look much better.

This looks especially good in the bottom half, where the red and yellow bands at the bottom of the shorts and the top of the socks look sharp. 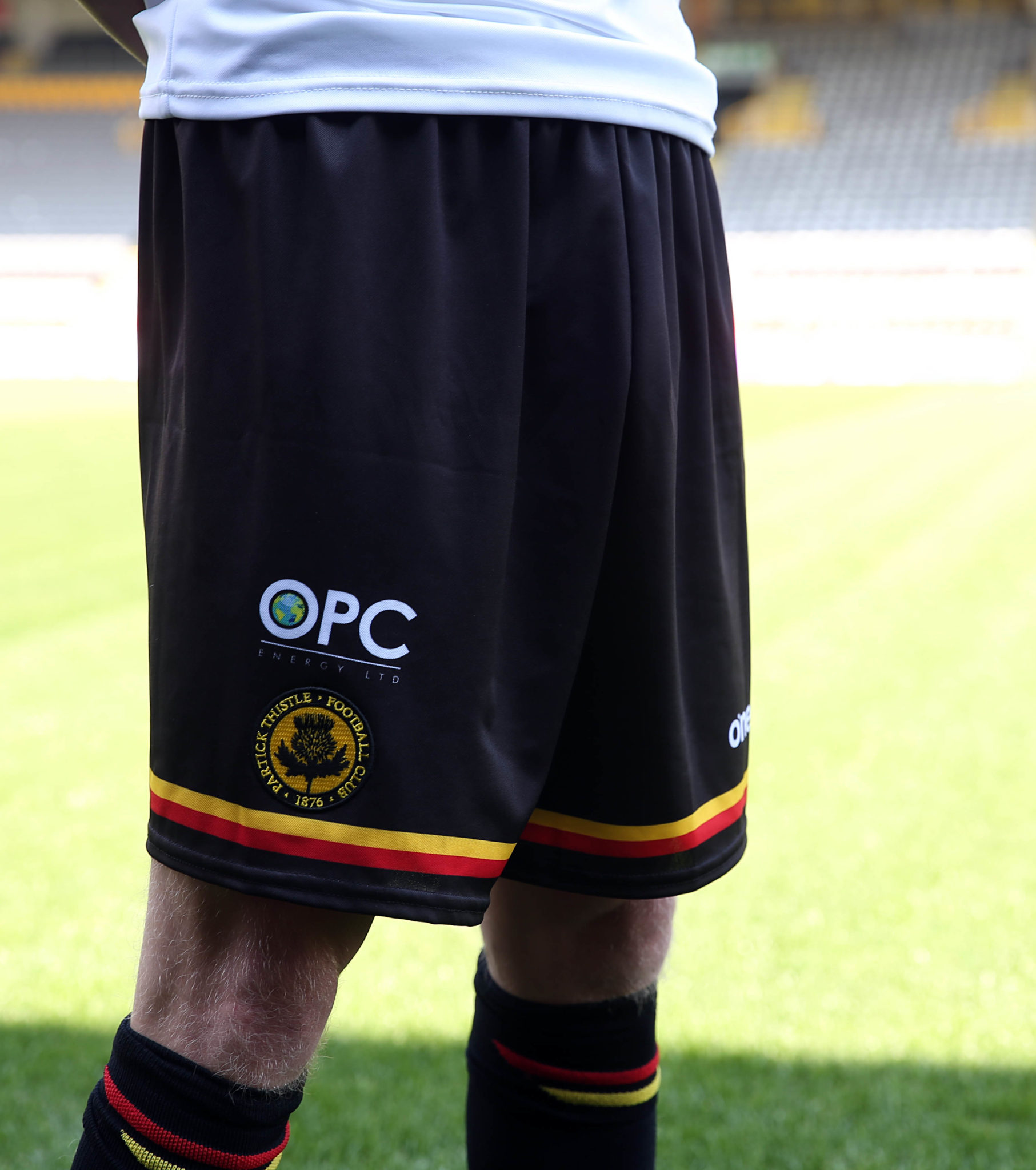 As for the shirt overall, the kit is heavily inspired by the Germany home shirts of the early 1990s, namely the kit worn by Die Mannschaft at Euro 1992.

Which is the best ever Germany home shirt? pic.twitter.com/4jlKwbaQ62

The bands of red, yellow and black borrow from the Germany theme while still making the shirt its own, and the tricolor ring at end of the sleeves is an underrated and underutilized design.

The plain black "Just Employment Law" sponsor is a smart move, as it does not distract from the rest of the shirt, and it pairs well with the oversize logo of Dublin-based jersey manufacturer O'Neills — a reminder that this kit is a product of the British Isles.

The kit (along with your very own Kingsley toy) is available for purchase starting Friday, June 4.