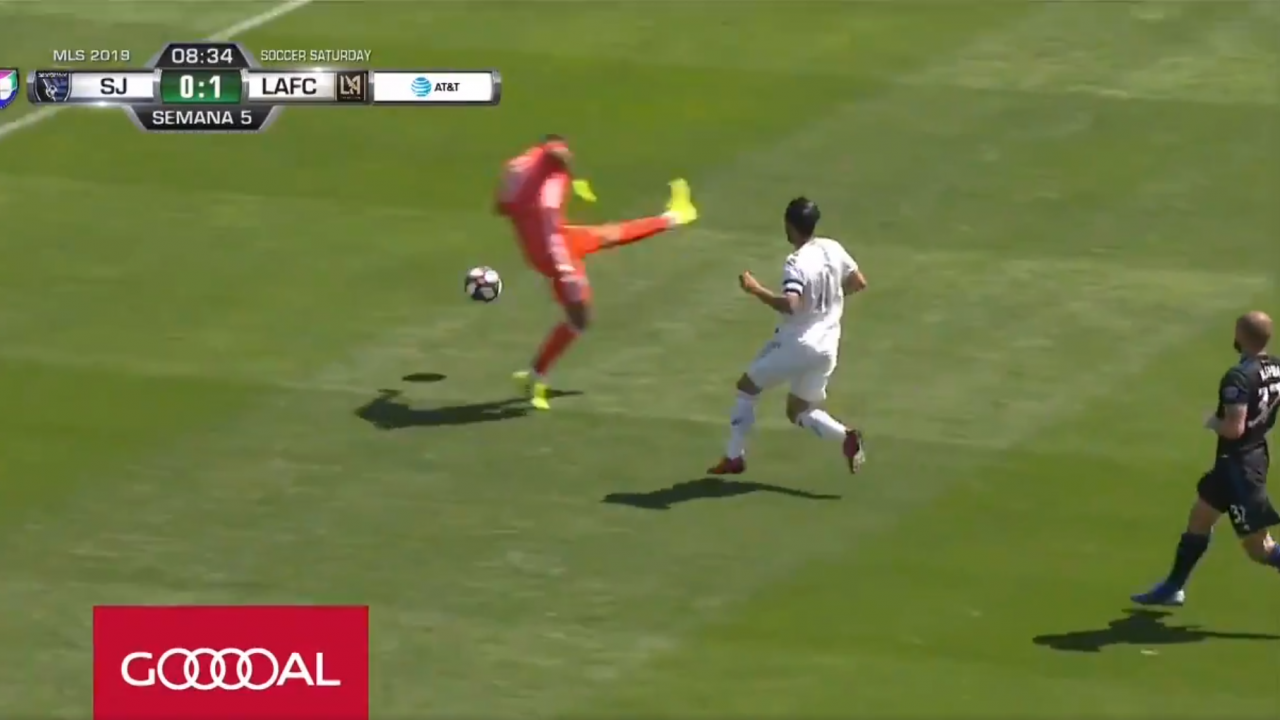 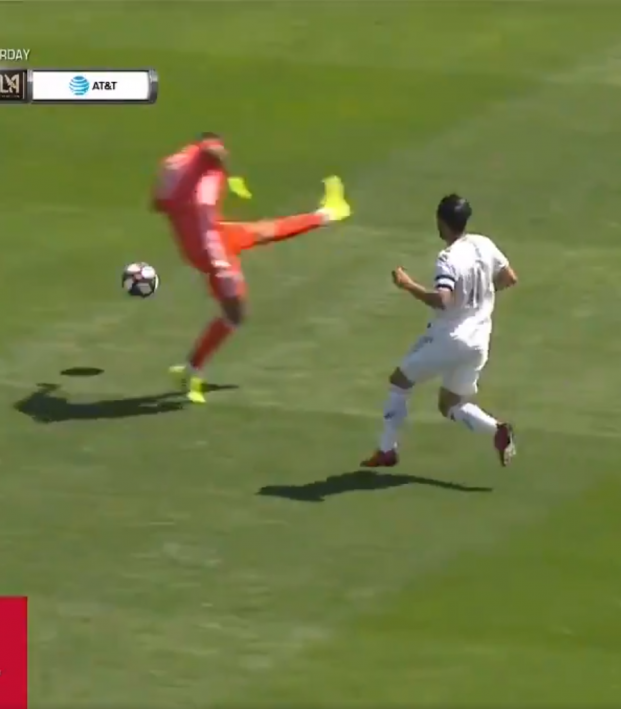 9+For many years, Carlos Vela toiled at Arsene Wenger’s Arsenal, whether on the bench or out on loan. The Gunners of that era were often derided for trying to “walk it in.” After some good years at Real Sociedad and now thriving at LAFC, this Carlos Vela goal vs San Jose on Saturday gave the Mexican forward a chance to literally walk it in.

Less than eight minutes into LAFC’s visit to the Earthquakes’ Avaya Stadium, San Jose keeper Daniel Vega committed a horrendous mistake when he rushed out to reach a long ball played over the top by Mark-Anthony Kaye.

The Argentine goalkeeper completely whiffed on his attempted clearance and Vela merely had to walk the ball into the goal to open the scoring.

It was almost as bad as Gianluigi Donnarumma’s mistake to gift Sampdoria a lead 33 seconds into their match on Saturday in Italy, but at least the Italian hit the ball.

LAFC added two more before halftime, the second one a bit more conventional with Eduard Atuesta setting up Steven Beitashour in the 26th minute.

And a second Carlos Vela goal vs San Jose gave LAFC a 3-0 lead at the break.

And how about one more from Vela for good measure?