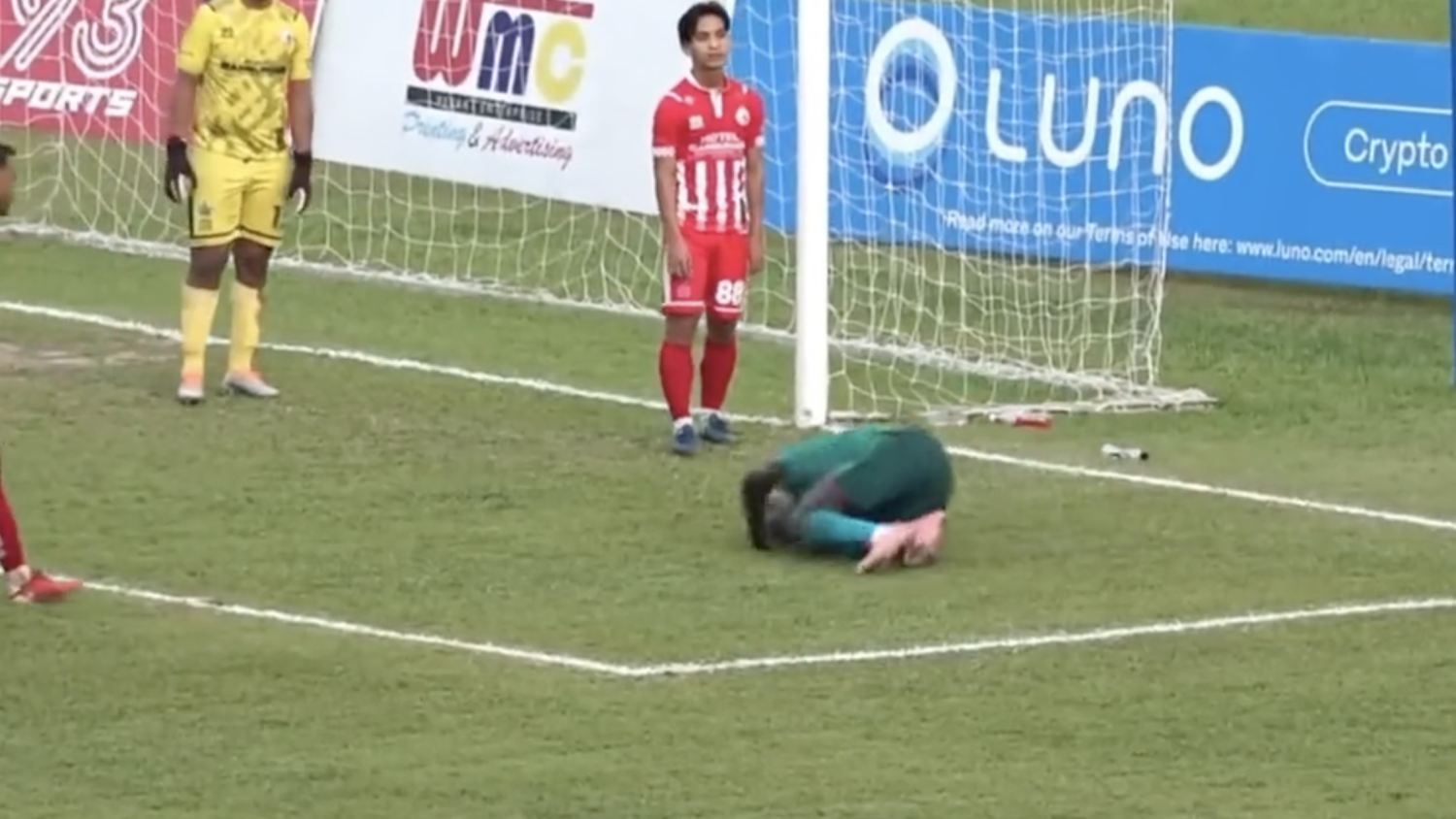 The Ballon d’Or will be announced in October this year, however the Fallon d’Floor award may as well be handed out now. A player in Malaysia’s Premier League by the name of Sunday Afolabi put on one of the most magnificent flop performances the soccer world has ever seen. Is this the worst soccer flop ever?

Afolabi’s team Perak FC had a 2-1 lead over league leader Kelantan on Wednesday with little time left in the game.

Despite the match being an away game for Afolabi’s team, he was still trying to hype the crowd up with some exquisite dance moves. It’s not clear if he was putting a show on for the traveling away fans of if he was antagonizing the home crowd.

One of Kelantan’s players decided enough was enough and brutally, maliciously and violently … tapped him on the foot.

Afolabi must have been studying Neymar’s preseason diving tactics. He might be overdoing it just a little bit.

I think my favorite part of the video is that none of Afolabi’s teammate come to his aid or defense. This must be a weekly routine from the 23-year-old Nigerian midfielder that his teammates are sick and tired of watching.

Perak still won the game 2-1. Looks like karma is playing the waiting game on when to get Afolabi.