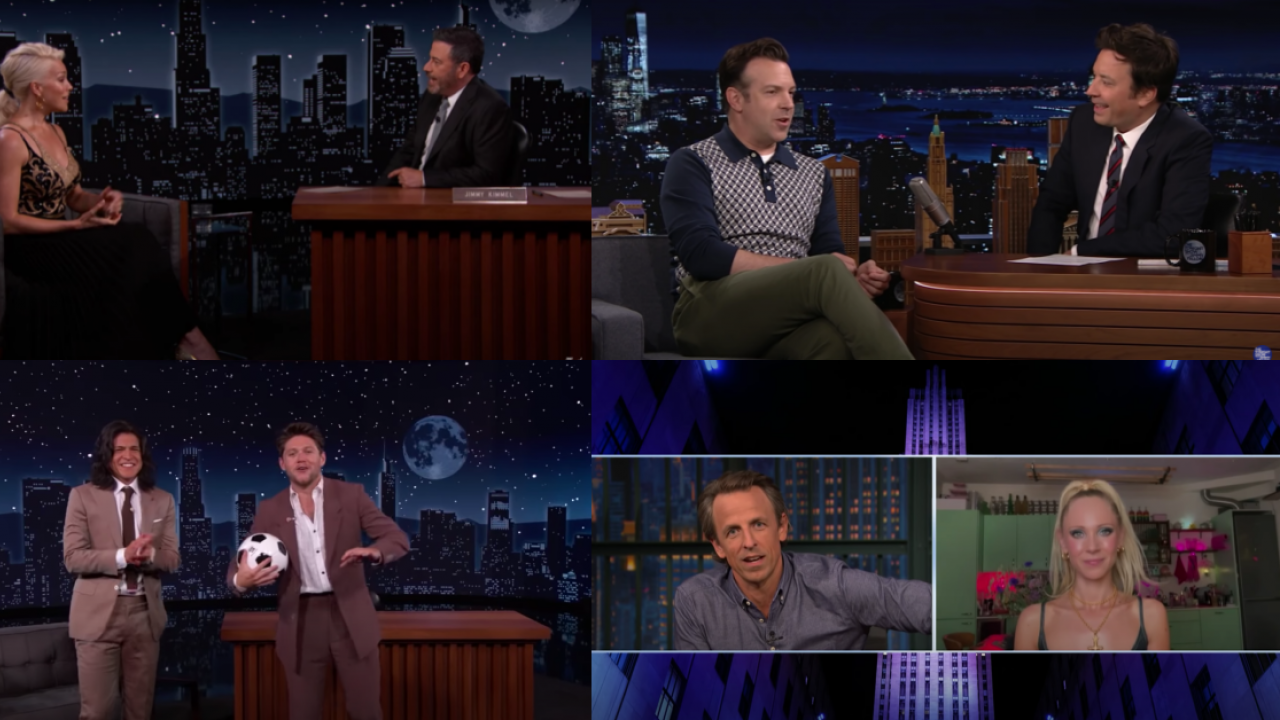 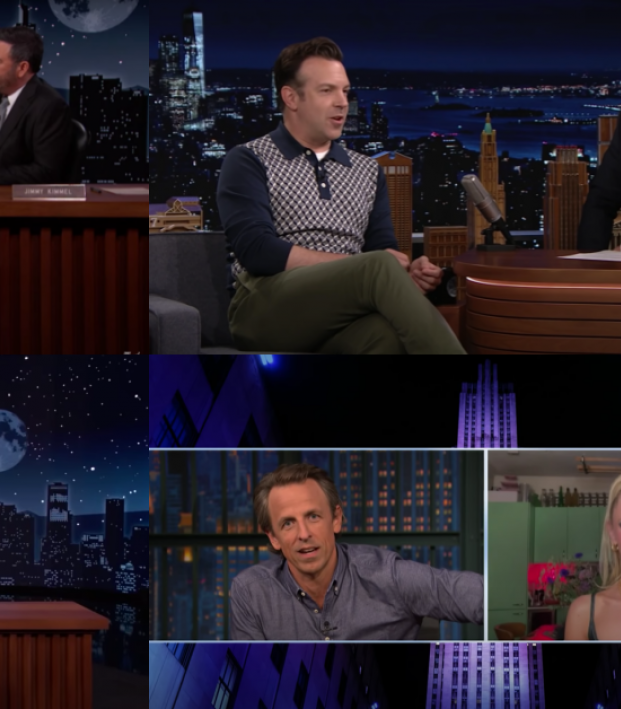 If You Can’t Get Enough ‘Ted Lasso,’ Watch These Interviews

On Sunday, “Ted Lasso” is up for 20 Emmy Awards. While there’s no way the show wins them all — many cast and crew are nominated for the same honor — there’s no doubt the series will bring home at least some hardware. Ahead of the award show, many of the Ted Lasso actors did interviews on late-night TV shows. I’ve compiled a bunch of the clips so that, if you’re like me and can’t get enough of the show, you can see a little more “Ted Lasso” before Season 2 comes to an end in a few weeks.

To be clear, I don’t really give any poops about award shows. Just like a sports hall of fame or annual awards, I don’t need some arbitrary group of people to tell me what’s good; I’ll figure that out on my own, thank you very much. But it is nice to see such a niche show get such high recognition.

“Ted Lasso” is certainly a niche show, despite its ever-growing popularity. Following an American football coach who suddenly becomes an English football coach, Jason Sudeikis and Co. have created a brilliant feel-good, make-you-cry series that is really the only reason anyone subscribes to the Apple TV+ streaming service. (Seriously, why is there nothing else worth watching on that?)

Aside from Sudeikis, most of the characters on the show have not had much fame prior to “Ted Lasso.” So sit back and watch these late-night TV interviews with the Ted Lasso actors to get them a bit better, from Hannah Waddingham (Rebecca Welton) to Cristo Fernández (Dani Rojas).

Wherein Hannah Waddingham talks about how she was the “shame nun” in Game of Thrones (if you didn’t know that already, you’re not a proper “Ted Lasso” superfan) and talks about how close the cast is.

“We are a nauseatingly happy bunch,” Waddingham said of the cast and crew. “We dig the living shit out of each other.”

Wherein Brett Goldstein explains his dad, a massive Tottenham supporter, is “finally proud of me.”

“I’m not telling you how to live your life,” Goldstein said. “But it’s funny swearing in front of kids.”

Wherein Sudeikis spoils the plot to Star Wars: Empire Strikes Back and Jimmy Fallon says he cried watching “Ted Lasso” (didn’t we all?).

Wherein Juno Temple explains her dad is an Arsenal fan but her brothers are Chelsea fans, creating an interesting dynamic in the household. (And we find out, even though no one asked, Seth Meyers is a poor West Ham fan.)

Wherein we learn Brendan Hunt did improv with Jordan Peele many moons ago.

Wherein we learn Waddingham had to correct a lot of Americanisms the American writers on the show had accidentally written for British characters.

Wherein Cristo Fernández explains he played professionally before changing careers and pursuing film, and as a Mexican he despises when Americans call it soccer.