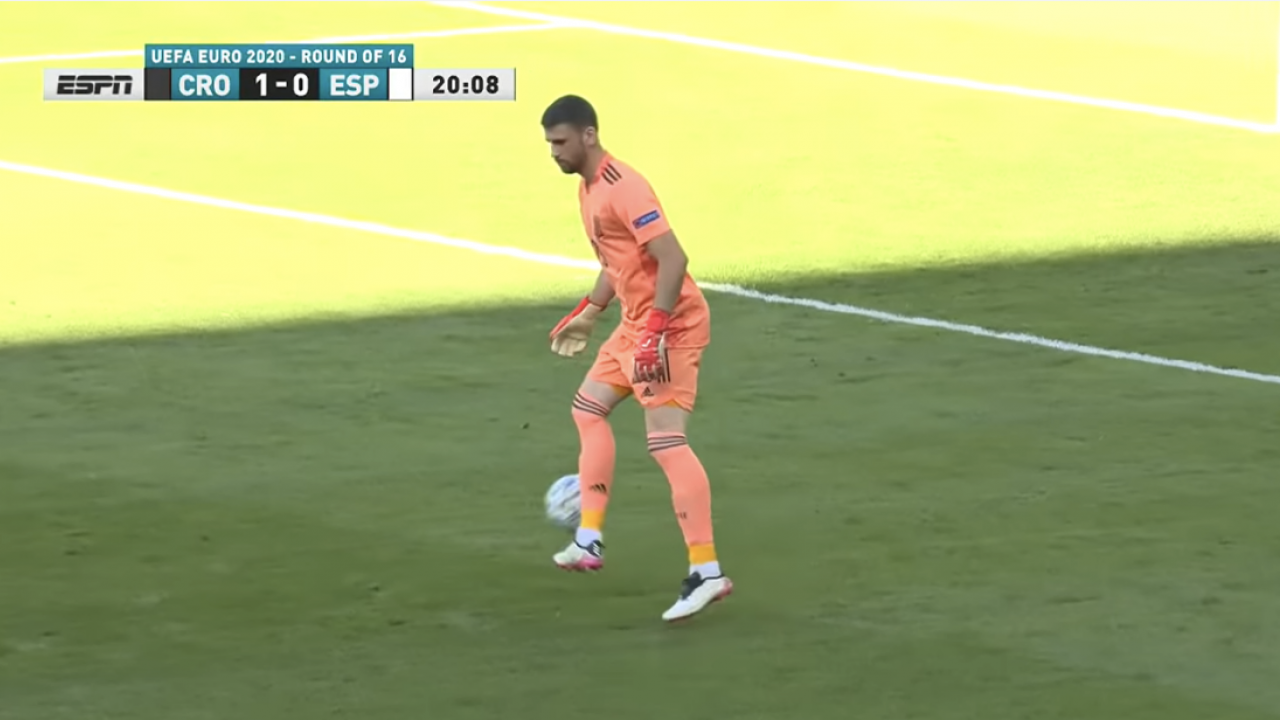 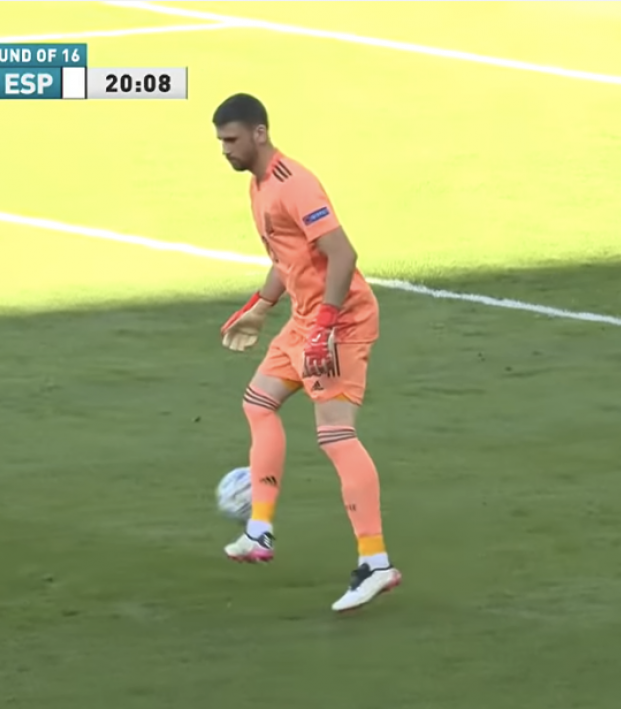 If it seems like there have been a lot of own goals during Euro 2020, it's because they have been occurring at a rate unlike anything seen at an international tournament before.

There are certainly a lot of factors at play here, including randomness, but the biggest factor behind this increase is fatigue.

After such a short break between the end of the 2019/20 season and the start of the 20/21 campaign, players are worn down and running on empty. Fatigue leads to more mistakes, but has also changed the style of play at the Euros.

The pace of play at the tournament has slowed down — teams are valuing possession more on offense and defenses are sitting deeper. With so many defenders playing so close to their own goal, deflections become more common, resulting in more own goals.

Unlucky deflections off of defenders account for five of the nine own goals so far at the Euros, but what about the other four? And just how awful have some of these deflections been? Was it an unlucky bounce or a howler for the ages?

We decided to rate all nine own goals using our patented "Awfulness Rating Scale," where 1 ranks as unlucky, while 10 is an awful mistake.

How Awful Have the Euro 2020 Own Goals Been?

Demiral is pretty unlucky here. The Turkey center back found the ball driven at his chest when he was just four yards away from goal, giving him little time to turn his body away from his own net.

THE FIRST GOAL OF #EURO2020 IS AN OWN GOAL! pic.twitter.com/fkqykh0g4q

Another day, another own goal from a Juventus player. Not the best dive from Szczęsny here, as he reacts late and lets the ball squeeze by him at a tight angle. Still, a bit unlucky for the ball to bounce off the post, onto the back of his arm, and across the goal line.

Similar to the Demiral one, Hummels is put in an unfortunate position as the ball is played in at an awkward height with pace as he stands just a few yards from goal. His body position could have been better, as facing his own net made it harder to make the clearance, but not much else he could have done.

A Mats Hummels own goal gives France the lead. The first own goal ever conceded by Germany at the European Championships.

Germany benefited from two Portuguese own goals in the span of four minutes to take the lead against the reigning European Champions, although neither Dias nor Guerreiro could do much about either one of them.

In both instances, the Portuguese defenders attempted to clear hard-struck low crosses but ended up toeing the ball into the back of their own net. Neither player is really at fault, as goals seemed likely without their interventions.

You really have to feel for Lukáš Hrádecký here. The Bayer Leverkusen keeper had a fantastic match and made a few brilliant saves to keeper Belgium off the board for 73 minutes. A 0-0 result would have been enough to send Finland through to the knockout stages, but lady luck had other ideas.

A driven Thomas Vermaelen header from a corner hit the inside of the post, the bottom of the crossbar, and then the hand of Hrádecký — who had no time to react — before crossing the goal line. Nothing the Finnish keeper could have done.

In terms of own goals, you may never see one stranger than Spain's opener against Slovakia. Pablo Sarabia's strike from the edge of the penalty area hit the cross, and deflected straight up, hanging in the air for what felt like an eternity (it was little over three seconds).

Dúbravka positioned himself on the goal line, but when he attempted to tip the ball over the crossbar, he ended up spiking it into his own net. He's in a difficult position, but the Newcastle keeper really needs to be doing better.

By the time Slovakia conceded a fourth goal in the 67th minute, its poor goal differential had essentially eliminated the team from the tournament. But there was more embarrassment to come. In the 71st minute, Slovakia was unable to properly clear the ball from its penalty area, andthe came a flicked header found Pau Torres just a few yards from goal. Dúbravka saved with his abdomen, but the ball deflected to midfielder Juraj Kucka on the goal line, who, when attempting to clear, hit the ball off his shin and into his own net.

While Kucka's effort was awkward, the Parma man could do little else with two Spanish players eagerly standing just behind him.

Pedri: Spain vs Croatia (Round of 16)

There are own goals, and then there is whatever happened in the Round of 16 match between Spain and Croatia. Spain controlled the opening portion of the match, owning about three-quarters of the possession and fashioning multiple promising attacking moves. With Spain trying to build from the back in the 20th minute, Pedri received a pass with his back to goal just inside his own half.

Croatia pressured him from behind, forcing him to play back to Athletic Bilbao keeper Unai Simón in goal. It was a well-hit back pass — maybe hit a little too well. The ball skipped just outside the 18 and came to Simón at ankle height. The Spanish keeper lifted his foot but as he looked up to assess his options, the ball bounded over his outstretched right boot, skipping one more time and landed in the back of the net. 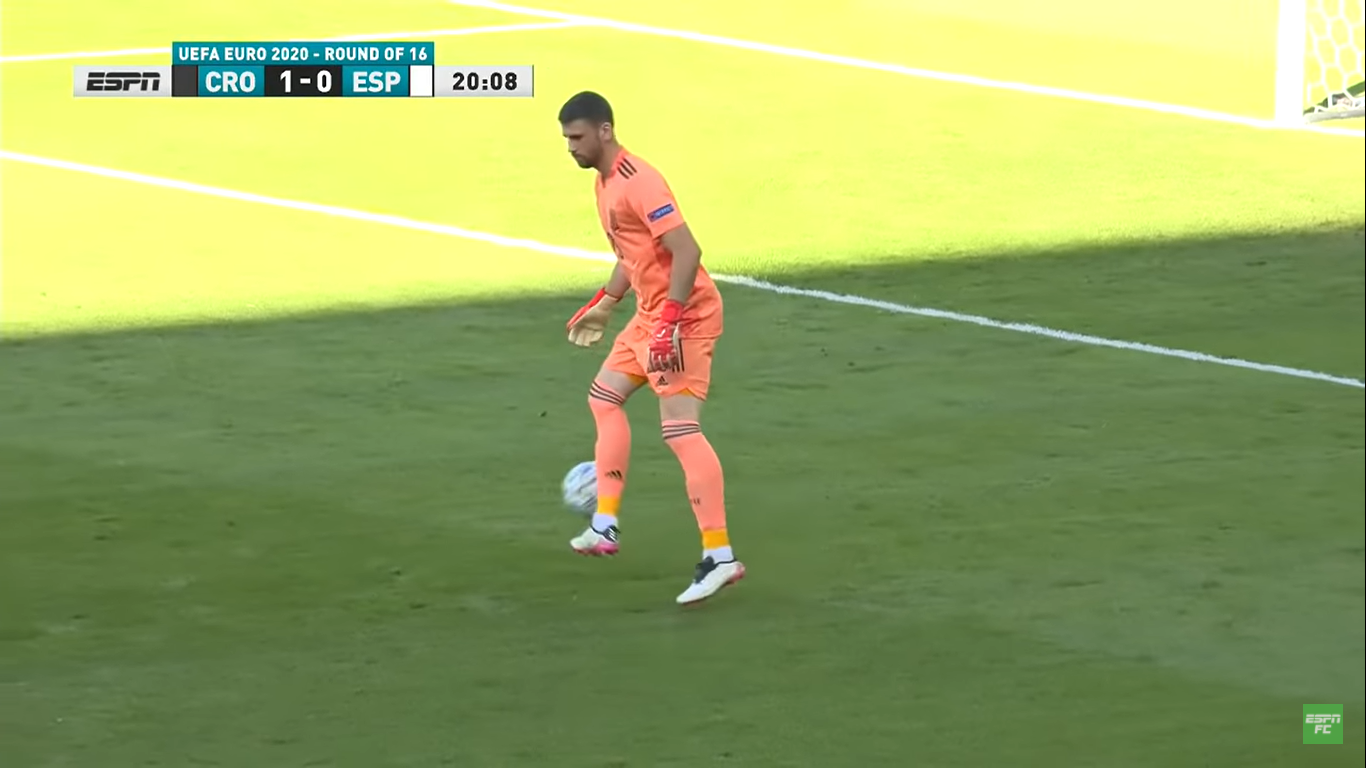 Always keep your eye on the ball, kids.

It was an awful mistake from a goalkeeper in his first international tournament. The back pass was an awkward one, hit with pace and coming in at a difficult height, but as a keeper, you really have to do all you can to stay in front of the ball. This is where you bring out the patented U-9, two-legged shin trap, because keeping the ball out of the net is more important than a cute trap or a perfectly played long ball.

UNAI SIMON, WHAT IS GOING ON pic.twitter.com/GqHTbarCUo