Meet The Starting XI That Will Save Humanity From COVID-19 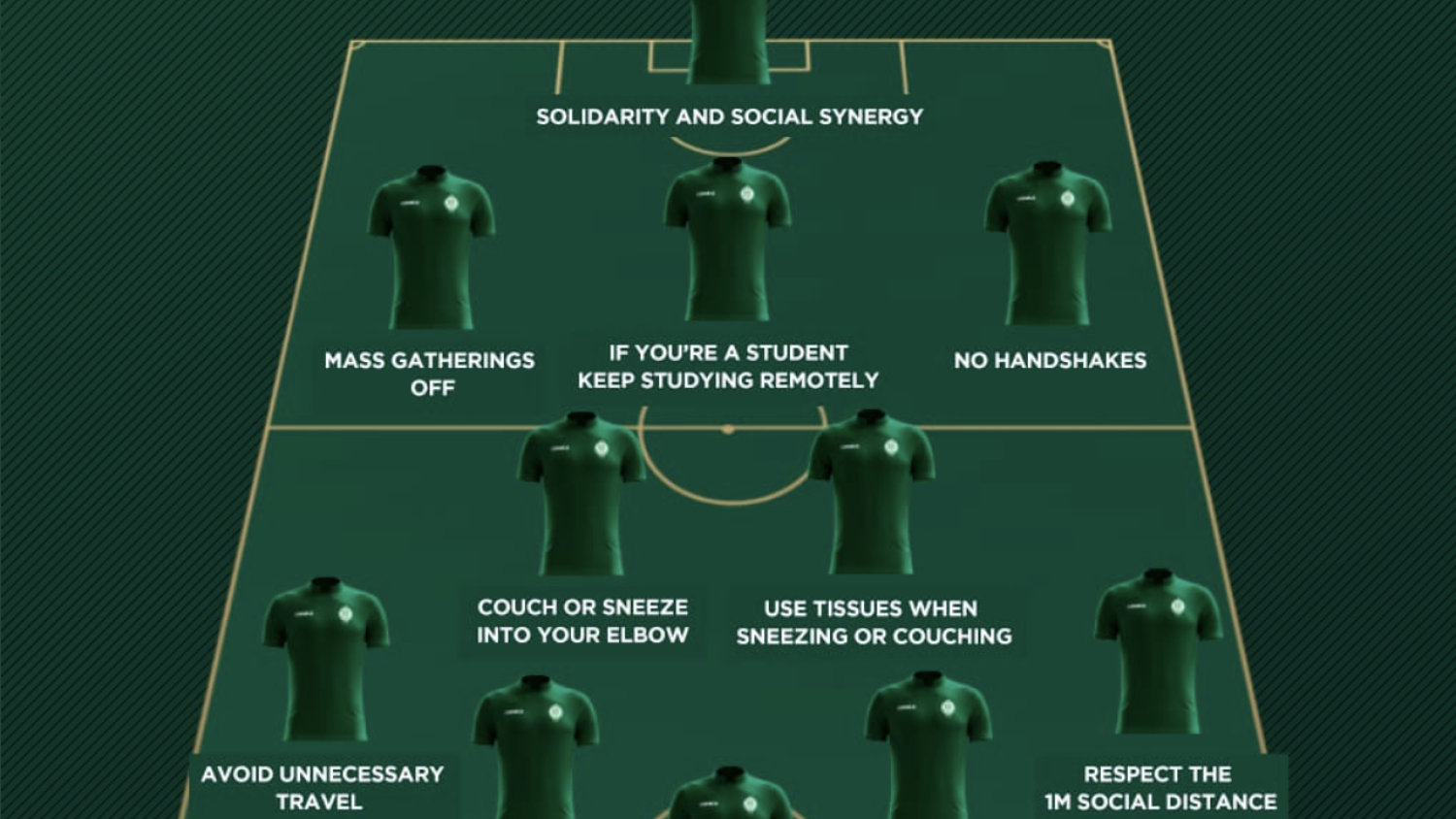 The greatest starting XI to grace a football pitch is our only hope.
Twitter

Moroccan side Raja Club Athletic followed its tradition for posting the team’s starting lineup ahead of its next match. This time around, the club’s opponent just so happens to be humanity’s adversary as well.

Let’s take a look at the chosen 11 Raja Club Athletic is fielding against COVID-19 and break down each player.

Over the recent weeks, we used to make a post announcing our starting XI before any match. It is even more important to do so today, at a moment when humanity at large prepares for what is set to be the most important and decisive match of this year. In order to win this battle, pic.twitter.com/eJULJtvYN4

This hasn’t been everyone’s favorite player by any means. Many still choose to ignore the goalkeeper and do as they please, but if people choose to get behind “Abide By Official Instructions,” humanity will concede a lot less.

The meteoric rise of this player has been seen all around the world in the past months. “Wash Your Hands Regularly” has always been an accepted starter, but in the past months, this center back has really hit form and is a solid defense for Team Humanity.

Perhaps the most ignored player starting for the team is “Avoid Panic Buying”. The most overlooked aspect of this player is the distribution ability if people are willing to listen to it and not be a ball-hog/toilet paper-hog. Please try listening to this center back a bit more.

The club’s higher-ups are looking to make this a permanent starting role. With the injuries to most of the airlines and cruises around the world, “Avoid Unnecessary Travel” could have a long spell as starting left back.

This player doesn’t always get along with others and is more of a lone wolf. Despite operating alone, there is no denying that this right back will shut down any threat from spreading.

Central Midfield Pair: Cough Or Sneeze Into Your Elbow and Use Tissues When Sneezing Or Coughing

These two players have a great sense of chemistry about them. If one isn’t where they need to be, then the other is quickly there to recover for them. The duo provides one of the best midfield pairings since Xavi and Iniesta.

A new edition to club, “Mass Gatherings Off” hasn’t had the greatest reception to the starting lineup. A large portion choose to ignore the winger and pretend this player doesn’t exist. While perhaps not the most exciting player in the starting 11, it does add benefits for humanity. On the bright side for “Mass Gatherings Off”, anti-social people absolutely adore this winger.

Another player that will take some getting used to, “No Handshakes” offers plenty for humanity and will be a key player. Although a winger, “No Handshakes” also has expertise in defense and can disrupt COVID-19’s spread of the ball.

The University of Phoenix absolutely adores this player.

Starting up top for Humanity is the player that will rally and bring us all together. This is the best striker in all of football. Eat your heart out, Jamie Vardy.