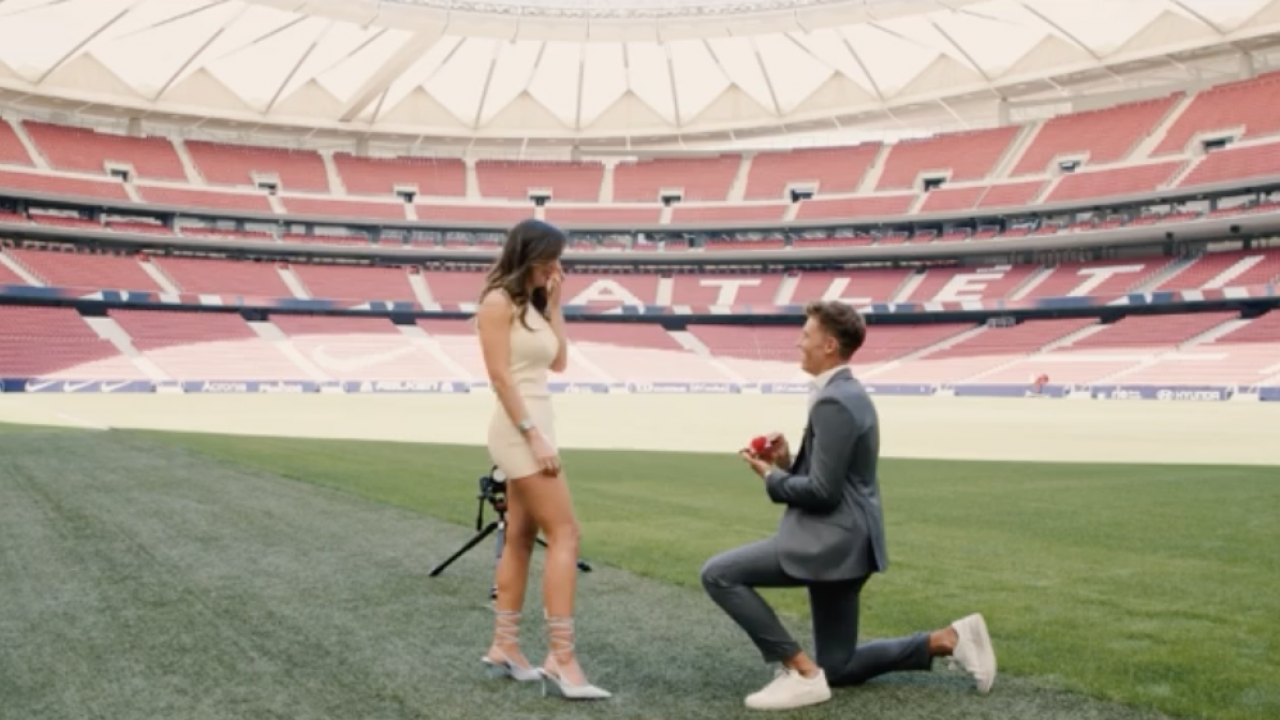 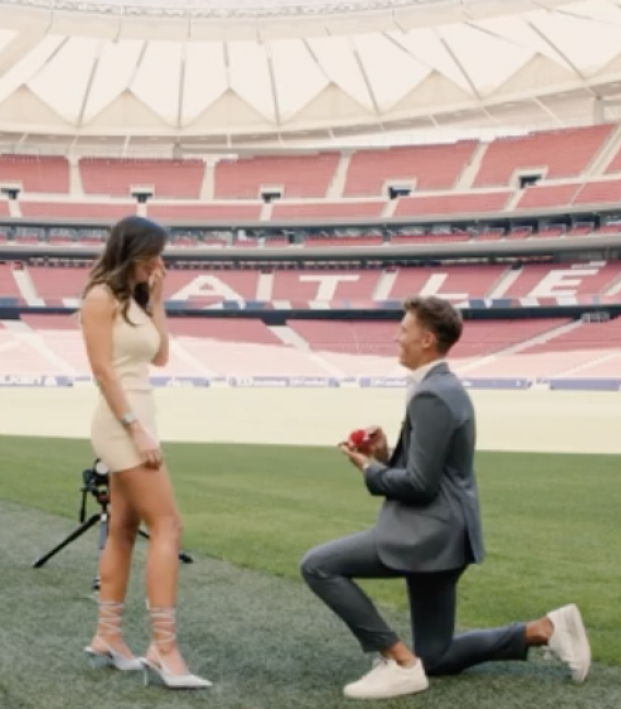 The 26-year-old midfielder couldn’t have asked for a better backdrop to propose to his girlfriend, Patricia Noarbe. Llorente wasn’t going to casually get down on one knee and call it day, he had a plan. According to a post on Noarbe’s Instagram, Llorente had told her that they were going to the Wanda Metropolitano Stadium to do some interviews.

Noarbe is an influencer and food/health expert. She had been led to believe that the interview was focused on Llorente’s success and how she helps contribute. Some hype videos of Llorente’s highlights played on the big board when suddenly the tone shifted very quickly.

What was supposed to be another video of Llorente was instead a montage of all the couple’s moments throughout their relationship. Noarbe immediately teared up when “It all started on June 11, 2013” appeared on the screen.

The rest you must watch for yourself. (The video is 9 minutes long, but the good stuff starts at the 3:11 mark)

Translation: "Marcos told me that the day he asked me to marry it was going to be the happiest day of my life, and that day was yesterday. See, I was supposed to go to a small tribute for Marcos at the Wanda and I ended up experiencing something so special that I still haven't I can't even believe it, with the most incredible person I've ever met."

If you didn’t get a little teary-eyed then you either have no soul or are bitterly single. I won’t judge you either way.

Good luck to anyone out there planning a marriage proposal soon. You’re not going to top Llorente’s proposal.