5 Clubs That Shook Up European Football This Season 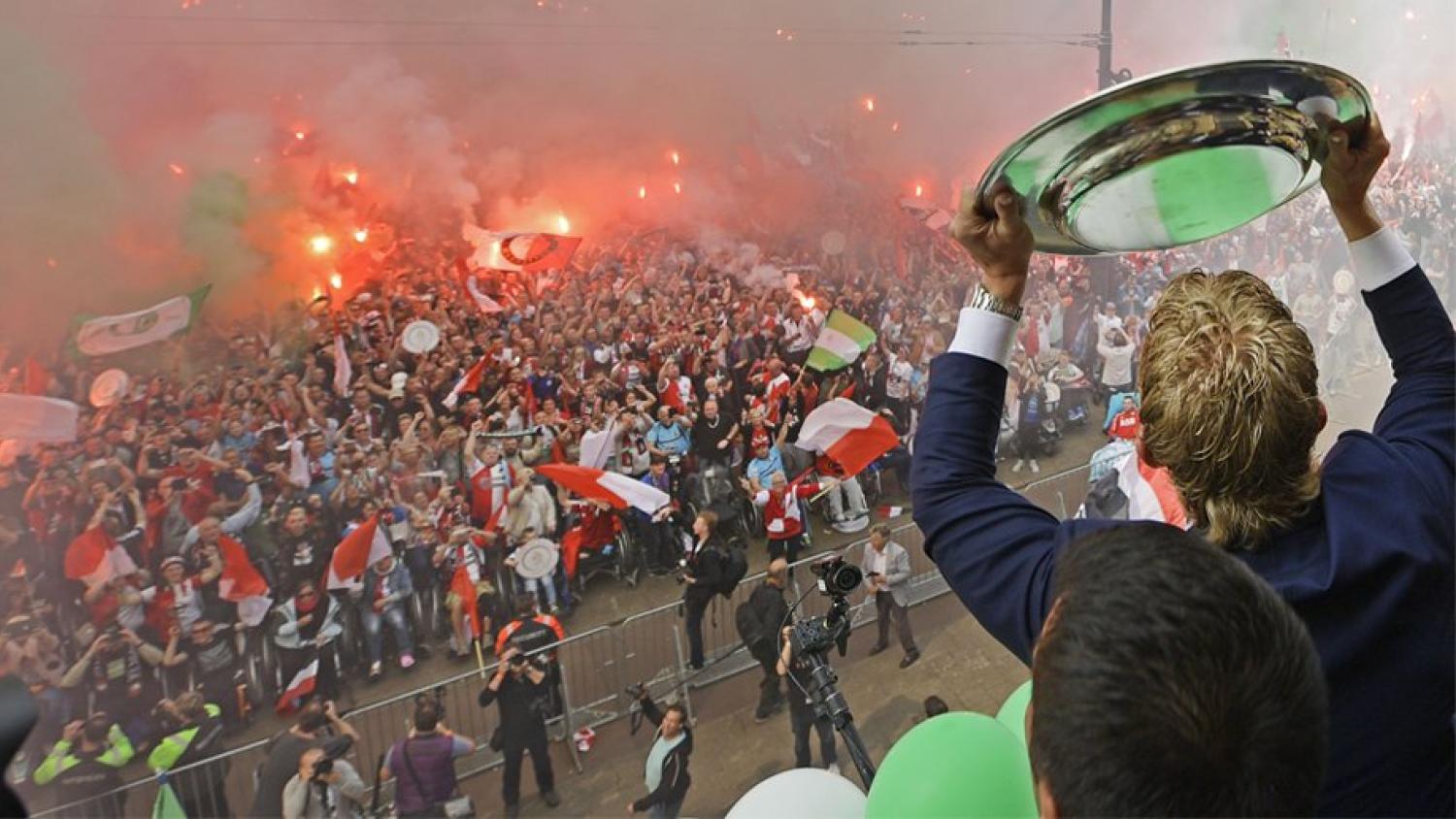 Here are five European clubs that exceeded everyone’s expectations and gave their fans the season of a lifetime in 2016-17.
@awesummly | Twitter

The 2016-17 European club season brought many surprises. There were several teams that nobody expected much from, but they managed to prove us all wrong by either winning a title, qualifying for European competition or doing something notable in the Champions League. Let’s take a look at five clubs that provided a bit of magic this season. 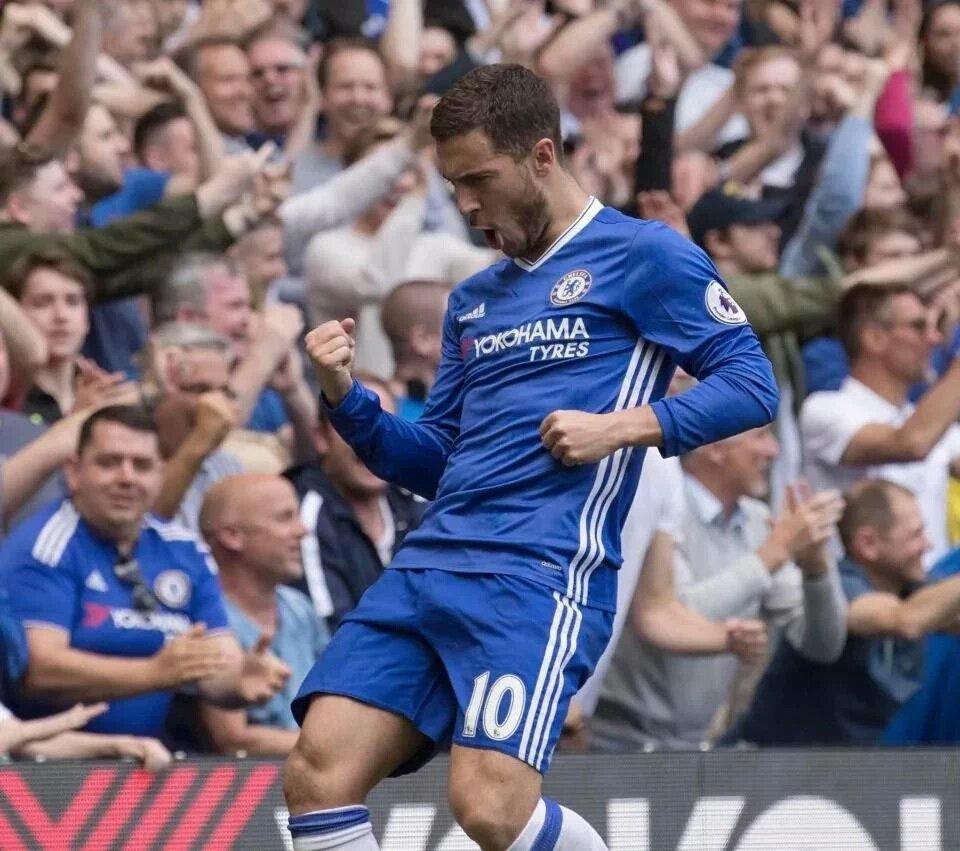 Eden Hazard was back to his brilliant best this season.

Everyone expected Chelsea to bounce back from their 10th place finish in 2015-16, but few could’ve foreseen this. They are on this list not only for winning the Premier League, but for the manner in which they accomplished the feat.

Despite winning the league title in 2014-15, not many knew what to expect from this new Chelsea side under Antonio Conte. Chelsea were coming off a stormy season which saw Jose Mourinho leave the club in December and the team fail to qualify for any European competitions.

There were also some internal issues that Conte needed to sort out, such as whether key players like Eden Hazard and Diego Costa would continue at Chelsea. It also wasn’t clear what formation Conte would use, especially after David Luiz returned to the club just two years after departing for Paris Saint-Germain.

It wasn’t a rosy start to the EPL season for Conte’s Chelsea as they only won three of their opening six games, including a home defeat to Liverpool and a 3-0 loss to Arsenal at the Emirates. However, it was that loss to Arsenal that changed Chelsea’s season.

After that defeat, Conte changed the team’s formation to a 3-5-2 with Marcos Alonso and Victor Moses as wing backs, N’Golo Kante and Nemanja Matic as holding midfielders, and freeing Hazard and Pedro of their defensive duties to focus more on the attack.

After that, Chelsea went on a 13-game winning streak, beating Tottenham, Manchester City and hammering Manchester United 4-0 along the way. The winning streak led Chelsea to the top of the table and put a 10-point gap between themselves and second place.

Despite Tottenham snapping the streak in early January, Chelsea were able to manage their lead at the top and lost only three fixtures after the New Year. Not even two defeats in April to Crystal Palace and Manchester United were able to destabilize this Chelsea side.

On May 12th, Chelsea officially clinched the Premier League title after a grueling 1-0 away win at the Hawthorns against West Brom. 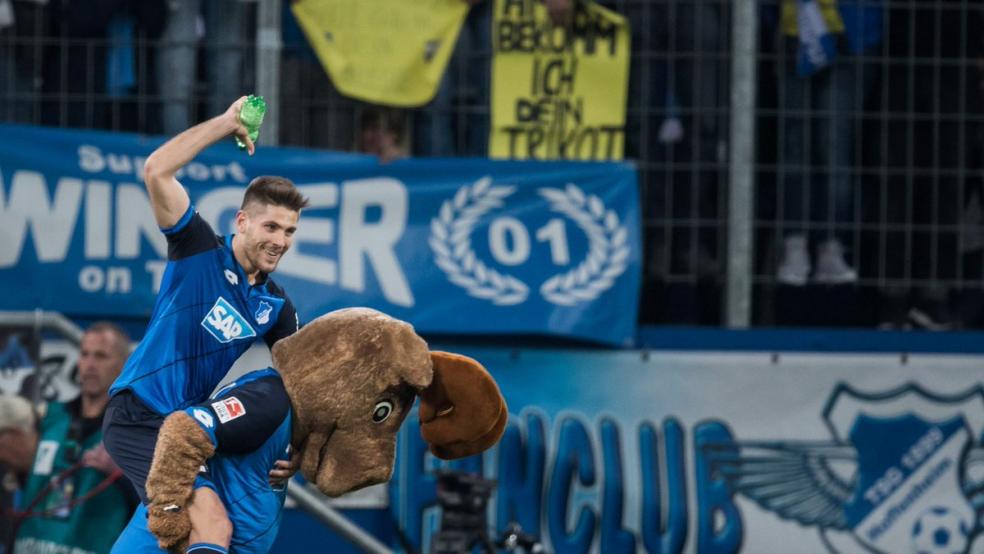 Croatian Andrej Kramaric was one of the stars of the Bundesliga season.

Before the start of the Bundesliga season, not many expected Hoffenheim to even challenge for a European place. Especially since their manager, Julian Nagelsmann, was the youngest manager in Bundesliga history at only 29 years of age.

Despite the low expectations, Hoffenheim went 17 match days without losing a game, picking up 10 draws and seven wins, before losing their first match to RB Leipzig in late January. During that time, they drew to Bayern Munich and Borussia Dortmund, and they beat Schalke 04, Bayer Leverkusen and FC Köln. This undefeated streak put them in the top four and made them serious contenders to qualify for the Champions League.

Hoffenheim only lost four matches during the entire 2016-17 Bundesliga season and even managed to beat Bayern Munich. After a 1-0 home victory against Eintracht Frankfurt on match day 31, TSG 1899 Hoffenheim officially sealed their qualification for next season’s Champions League for the first time in the club’s history. 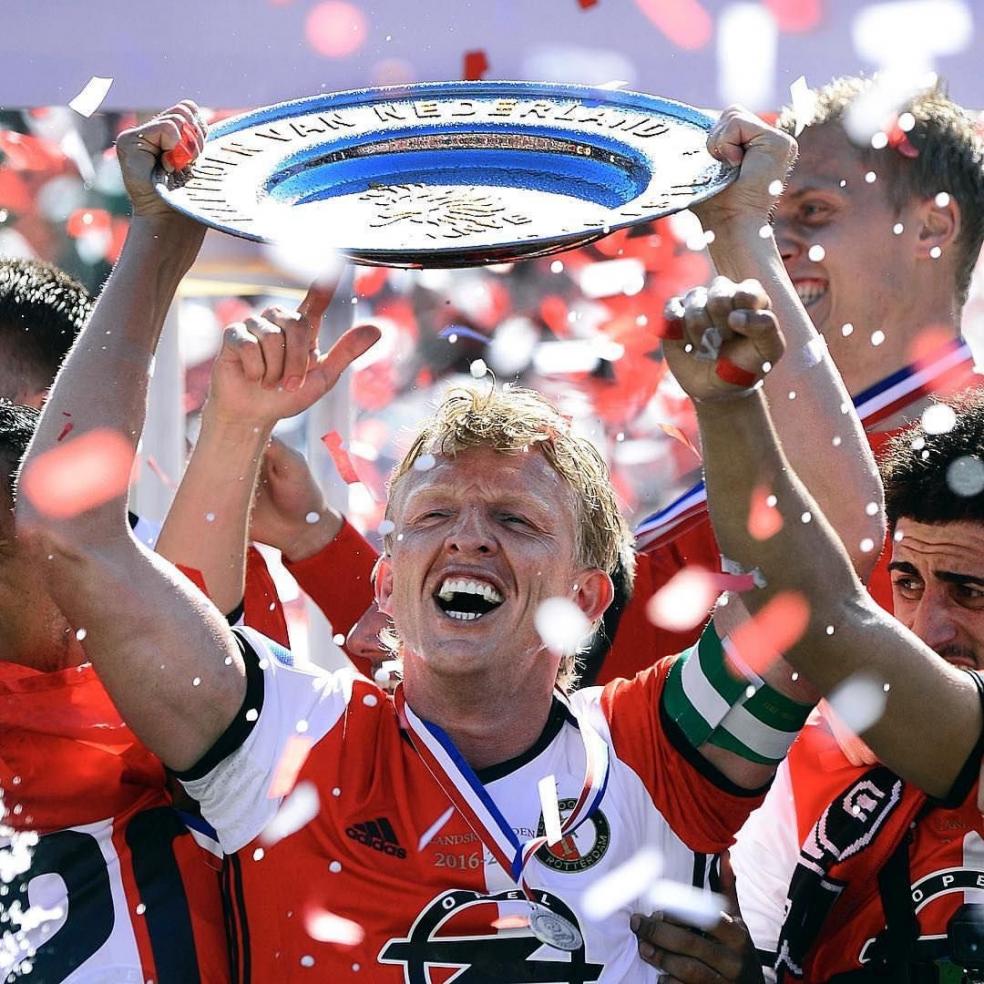 Feyenoord captain Dirk Kuyt led his side to an unexpected league title.

Feyenoord hadn’t won the Eredivisie since the 1998-99 season. In a country that’s historically been dominated by Ajax and PSV, not many expected a third club to challenge these two for the league. In fact, the only teams that have been able to break the Ajax/PSV cycle since 1999 are AZ Alkmaar in the 2008-09 season under Louis van Gaal and FC Twente in the 2009-10 campaign.

However, this season, fans of the Rotterdam club were in for a real treat. Managed by Giovanni van Bronckhorst (former Feyenoord, Arsenal, Barcelona and Dutch international), Feyenoord opened its league season with nine consecutive wins, beating PSV along the way. The team only lost four games in the entire league campaign and scored a total of 86 goals, the most in the Eredivisie.

Those 86 goals included numerous thrashings throughout the season. They beat both FC Groningen and Roda JC 5-0, AZ Alkmaar 4-0 and 5-2, Sparta Rotterdam 6-1, and Go Ahead Eagles 8-0. 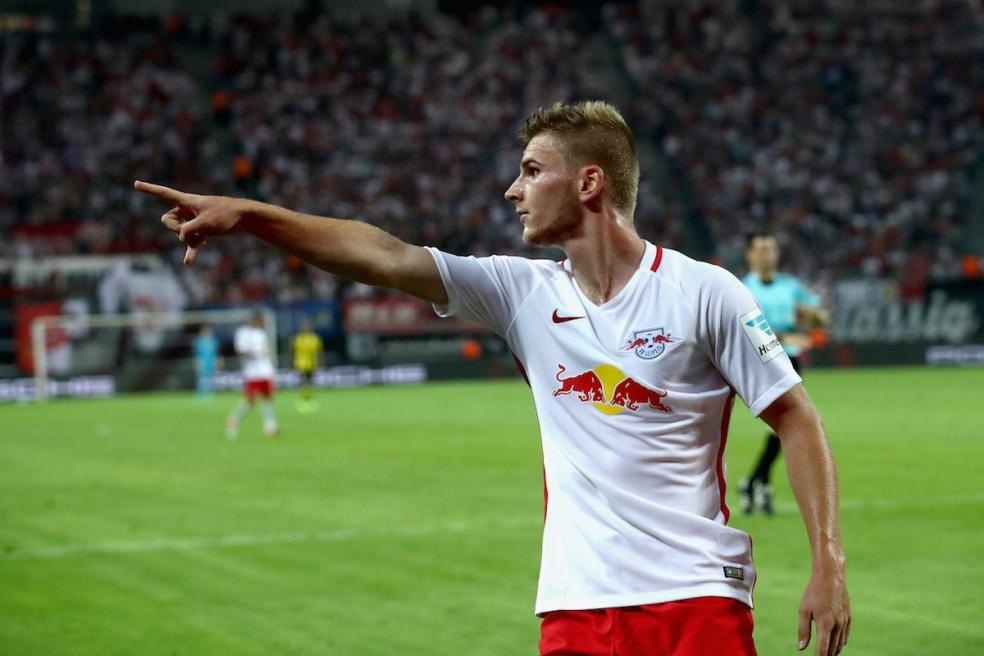 RB Leipzig have quickly come to power in the Bundesliga.

Arguably the most controversial team in Bundesliga history, RasenBallsport (everyone knows it’s actually Red Bull) Leipzig won promotion to Germany’s top flight in 2016, just seven years after Red Bull GmbH founded the team in the fifth division. Despite all the criticism and protest by opposing fans, the side managed by Ralph Hasenhüttl surprised everyone out of the blocks by going on a 13-game undefeated streak.

They won 10 of 13 games and at one point were challenging Bayern Munich for the Bundesliga crown. That dream of winning the league took a hit after defeat to FC Ingolstadt and then virtually disappeared after a 3-0 loss to Bayern Munich.

Even though their league hopes were over, they were still very much in contention for qualifying for the Champions League. RB Leipzig only lost seven games and beat several notable teams, such as Borussia Dortmund, Schalke 04 and Bayer Leverkusen.

After a 4-1 away win to Hertha Berlin, Leipzig officially qualified directly for next season’s Champions League, finishing in second place ahead of Borussia Dortmund. They finished the season with 67 points and a goal differential of +27, scoring 66 goals and only conceding 39. Not bad for a team playing its first ever season in the Bundesliga. 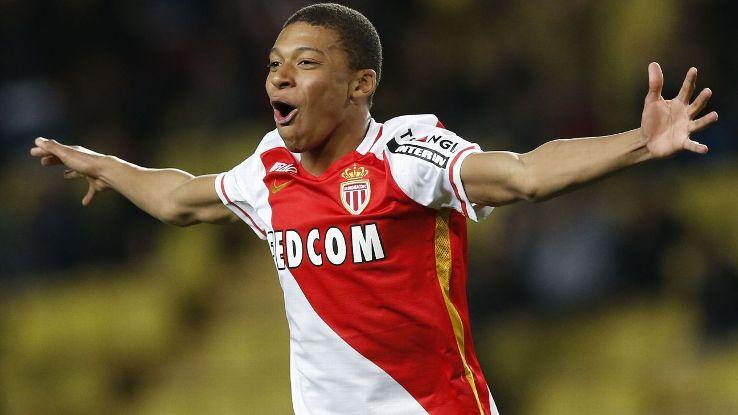 There is no real need to explain in depth why AS Monaco is number one on this list. PSG had the best squad (and the biggest budget) and were expected to once again steamroll through the French league to win their fifth-straight Ligue 1 title — especially after the signing of former Sevilla manager and three-time Europa League winner Unai Emery.

Monaco, on the other hand, were deemed a young and inexperienced squad whose average age was just 24.5. Despite the questions surrounding their age, the side managed by Leonardo Jardim did not shy away and stepped up to the challenge.

Playing a fun and attractive style of football, Monaco took advantage of PSG’s slow start to the season to go top of the league. They even beat the Parisian side early on at the Stade Louis II, 3-1.

In the Champions League, they finished top of a group that included Bayer Leverkusen and Tottenham, even managing to beat the London side twice and eliminate them from the competition. Monaco would shock the footballing work in the round of 16 by eliminating Pep Guardiola’s Manchester City in a tie that saw a total of 12 goals.

Then, they eliminated Borussia Dortmund in the quarterfinals before succumbing to Juventus in the semis.

Back in Ligue 1, many thought Monaco’s bubble would eventually pop and PSG would retain the league crown. However, Monaco took a big step towards winning Ligue 1 after a draw away to PSG and a 3-0 victory over third place OGC Nice.

Led by a revived Radamel Falcao and 18-year-old sensation Kylian Mbappe, Monaco officially won Ligue 1 on the penultimate day of the season after a 4-0 home victory over Lille. It was Monaco’s first league title since the 2000-01 season.