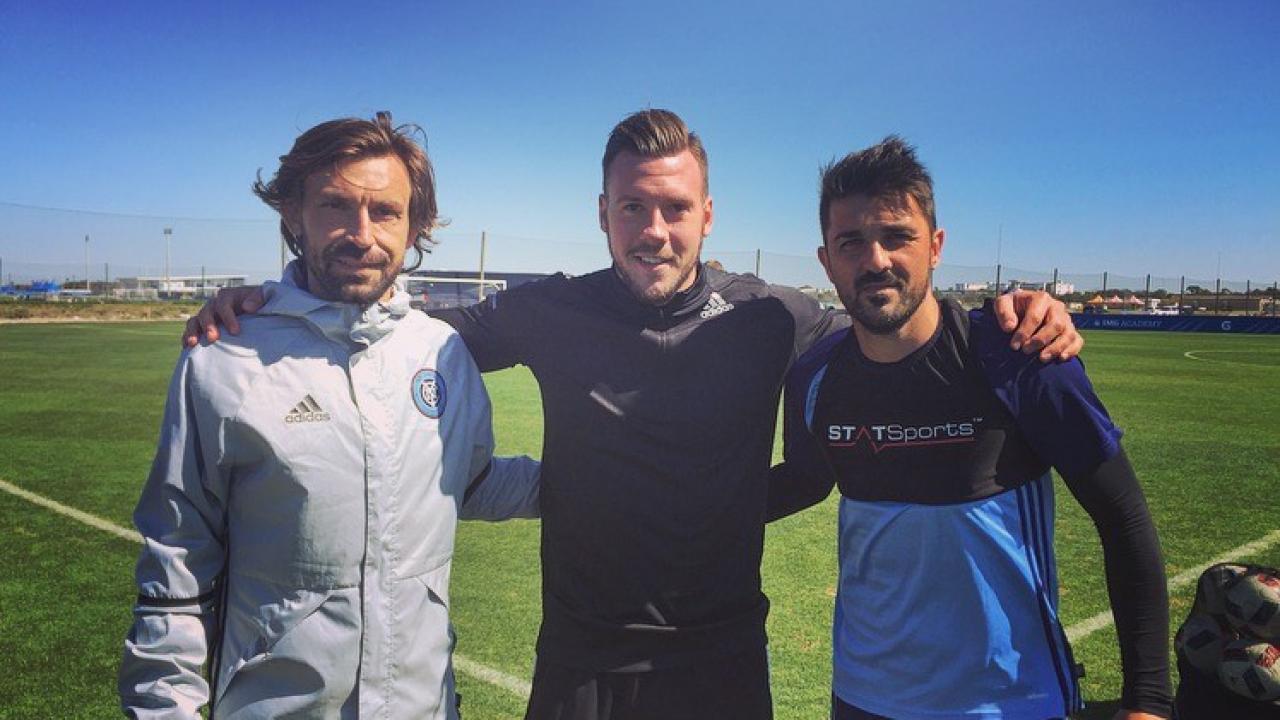 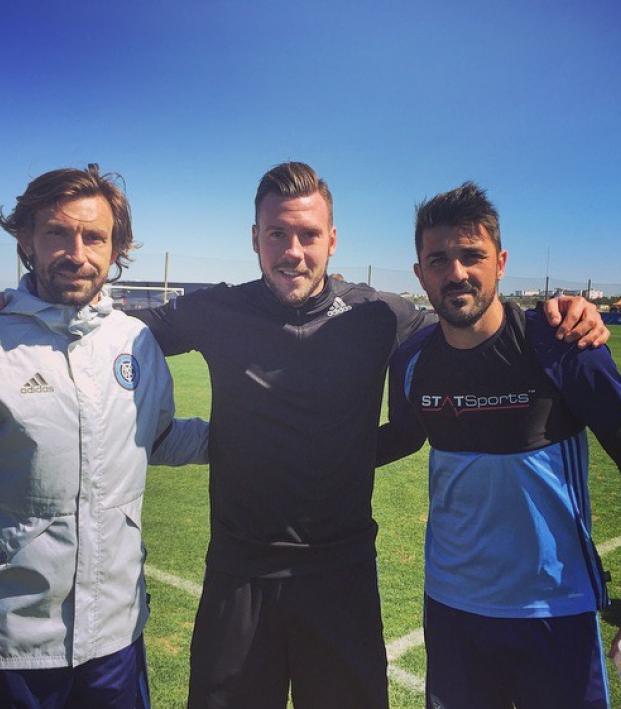 How To Train Like A Professional: 10-Year Pro Jamie McGuinness Shares His Workout Plan

“If football has taught me anything it is that you can overcome anything if, and only if, you love something enough.” — Lionel Messi

For Jamie McGuinness, his life’s mantra has always been to live without regrets and to accomplish that by going all in each and everyday. It’s a mentality that served him well over the course of a 10-year professional career that began at the age of 16 with Luton Town in the English Championship and continued in America with stints in the PDL and USL.

There have certainly been sacrifices and risks involved, from staying in on Friday nights and preparing for matches while the rest of his friends were out partying to moving to the United States at the age of 22 with just two suitcases to his name and zero prior experience in America.

But for McGuinness, now 29, the sacrifices and what you have to put in are all ultimately trumped by the rewards and what you get out of the process. That mentality has now formed the cornerstone of his work as a fitness professional. McGuinness now offers his expertise as a soccer-specific strength and conditioning specialist, as well as a wellbeing nutritionist, to clients through 1966 JM Training.

McGuinness is now engaged with a highly regarded company called 1966 Americas, a reputable company that’s steadily built its brand and reputation over the course of 10 years in the soccer industry. It is the U.S. entity of 1966 in the U.K.

McGuinness currently works with more than 200 elite athletes from around the world, including over 120 soccer players. His clientele ranges from the youth level and Development Academies to Division I, Division II, professional and international players. He helped prepare the U.S. Virgin Islands Women’s National Team for Olympic qualifiers and has trained World Cup-winners David Villa and Andrea Pirlo.

Given the extent of his activity and the experience of his own playing days, McGuinness recognizes the challenges of advocating for total commitment, especially when the day-to-day grind is so much less glamorous than what the younger generation sees on the television screen.

“When I was growing up, wherever I went I had a soccer ball with me,” says McGuinness. “For the younger generations, it’s a computer screen. And they don’t see what it’s like on a day-to-day basis. It’s tough. In the preseason you go to training, you come home, you eat, you sleep, you go back out to train, you eat, you sleep. That’s your life. The mindset of younger players is that everything comes easy for them. It’s not about that; it’s about hard work and dedication and the desire to be your best every single day.”

For McGuinness, these are the mental, physical and nutritional aspects of your life that you can get to work on immediately in order to directly benefit your performance out on the pitch.

MENTAL: 9 Specific Skills That Contribute To Success
MENTAL: Focus On Becoming A Game-Changer

Foot skills, ball mastery, keepy ups, step-overs, etc. are great and should definitely be worked on, but these things don’t make you different from everyone else. Focus on position-specific technical drills. Can you be someone that...

#2. Activate and Mobilize – The second part is to activate the key muscle groups and mobilize key joints and ranges of motion used within the game of soccer.

#3. Performance – The main aim of this phase is to prime athletes for their sessions. This phase of the warmup will directly lead them into the session. The intensity should be at a comparable level to what they are about to compete in.

PHYSICAL: Exercises That Soccer Players Should Focus On

Soccer players need all-around fitness to be successful on the field and all of that starts in the gym. Any good soccer workout focuses on core and leg strength, power and speed. Core is a major component when looking to improve balance, posture, power and overall functionality along with agility, endurance and speed. Sometimes core is an area that’s overlooked because it almost seems quite dull and boring in today’s day and age.

Spending a lot of time on single leg balance is vital, especially in our sport. As much as you need to build bilateral strength, we spend the entire game on one leg or the other.

PHYSICAL: Gym Exercises That Soccer Players Should Focus On

Trap Bar Deadlifts: Using the trap bar will make lifting easier on the lower back and it will allow you to use more weight compared to traditional deadlifts. Less stress on the spine and back can help decrease injuries for soccer players and the move will add back and lower body strength.

Barbell Back Squats: Squats help build strength in your lower body and can actually improve hip flexibility, which is crucial for soccer players. It will hit your quads, hamstrings and calves, building up your legs.

Dumbbell Lateral Lunges: Since soccer players are constantly running, lunges can help boost your strength, flexibility and mobility in your legs. The exercise will also help your core, lower back and obliques.

Dumbbell Step Ups: This exercise increases strength in your legs, quads and thighs along with your glutes and hamstrings. All the work done on the hamstrings is crucial for soccer players. The stronger and more stable your hamstrings are, the more power you can get from your legs on the field.

Kettlebell Swings: Kettlebell swings work out a range of areas, including the core, hips, glutes and shoulders, plus it helps with explosive power movements, something soccer players need when they are on the field. The swings will work your hamstrings as well as muscles in your back.

Turkish Get Ups: Increases shoulder mobility, lower body stability and core strength, which in turn helps you with speed, agility and power. This exercise helps with hip flexibility, which is crucial for soccer players when changing directions and speeds on the pitch.

NUTRITION: Why Is Great Nutrition So Important?

• When you provide your body with the nutrients it needs, it can develop at a rate faster than you’ve ever experienced before and will lessen the strain put on your body. If you practice consistently good nutrition, you will be able to run longer, sprint faster, jump higher, push harder and perform at a higher level. On top of all that, it will help you to concentrate, focus and think more clearly.

• If you fail to take care of your body through proper nutrition, your body will struggle to consistently perform at the level to which you aspire. The result is a heightened risk of injury, increased recovery time between training and matches and failure to perform at a consistently high level.

• A healthier body is a better body. You will have a stronger body inside and out, you will be more resilient to illness, have more energy and be able to maintain a healthy weight.

• Ever heard the expression you can't out-train a bad diet? Well, it's absolutely true. Of course, if you perform additional training you will experience some gains, but nowhere near to the extent of if you can couple that hard training with optimal nutrition.

• Can be the difference between winning and losing.

• Reduces the risk of injury from overtraining.

• Helps achieve the best possible performance in training and matches.

• Will give you more energy and focus.

• Will result in a healthy body that's fit for all walks of life.

• Will prevent you from reaching your potential.

• Will lead to an eventual breakdown as your body is unable to cope with the demands being placed on it (every 150 days, half of your body protein is broken down and replaced, so if you eat poor quality foods, this will be reflected in the quality of your bodily tissues). 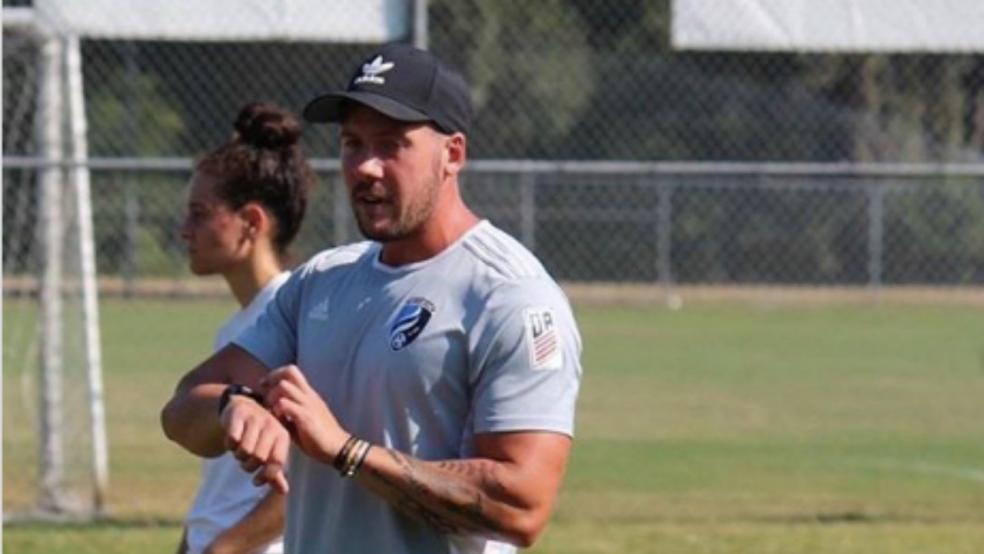 Come match day it's all about selecting foods that won't leave you feeling bloated, will give you the appropriate sensation of fullness and supply your body with the nutrients it needs to perform optimally.

• Consume extra water and low GI carbohydrates the night before and reduce fat intake. Take on extra minerals to avoid cramping during the match.

• Drink 1-2L of fluid between breakfast and the match. Leave no longer than 3 hours between meals.

• Drink fluids that are cool, flavored and contain sodium. (Water by itself does not stimulate fluid uptake.)

• Increase calorie intake with a smoothie in the morning. Avoid fiber, which takes longer to digest and consume protein to aid recovery post-match.

• Remember to test any new foods in training before you implement them on a match day.

• Your pre-match meal should be consumed 2-4 hours before kickoff and be followed up with a smaller snack.

• Your pre-match meal selection has as much to do with psychology as it does with the nutrition you're taking onboard. However, the focus of your pre-match meal should always be on carbohydrates, preventing hunger and avoiding unnecessary fat or fiber intake.

• You may think that some of the match-day foods are not particularly healthy, but match day is one of the only occasions where simple sugars will be on your side (when consumed at the right time). The need to limit fiber intake also rules out some healthier alternatives, which you should eat day-to-day.