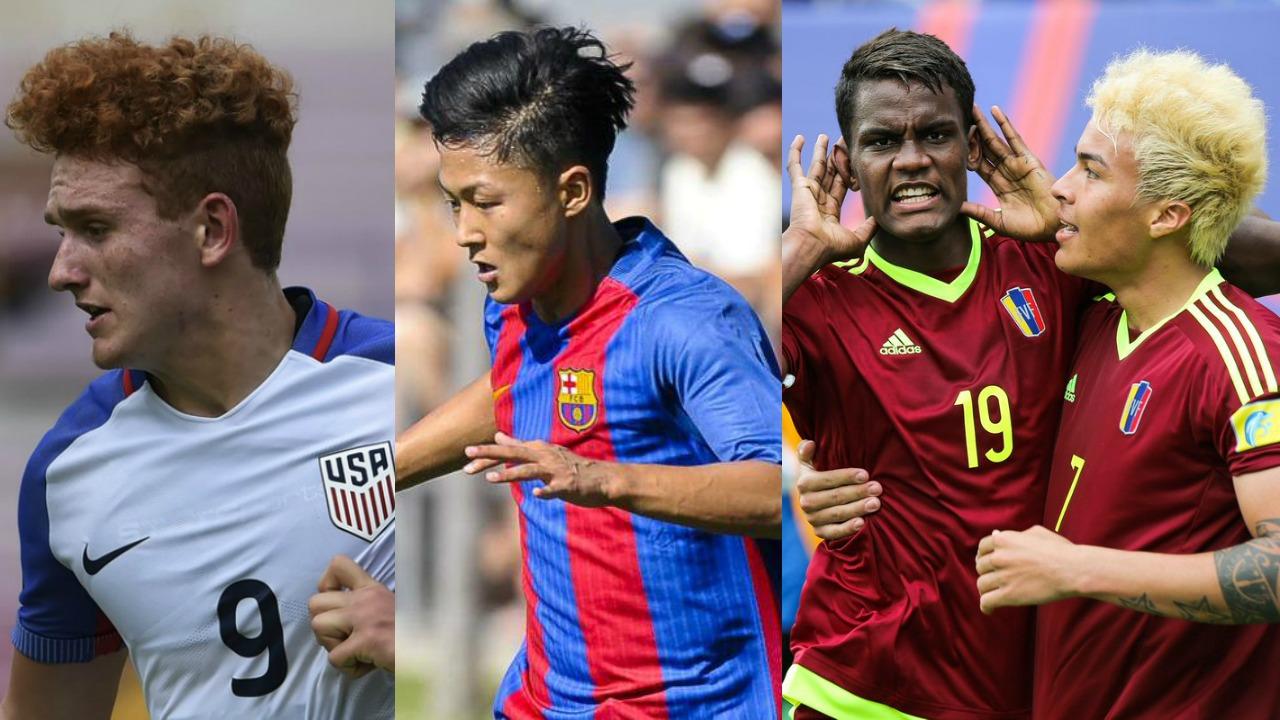 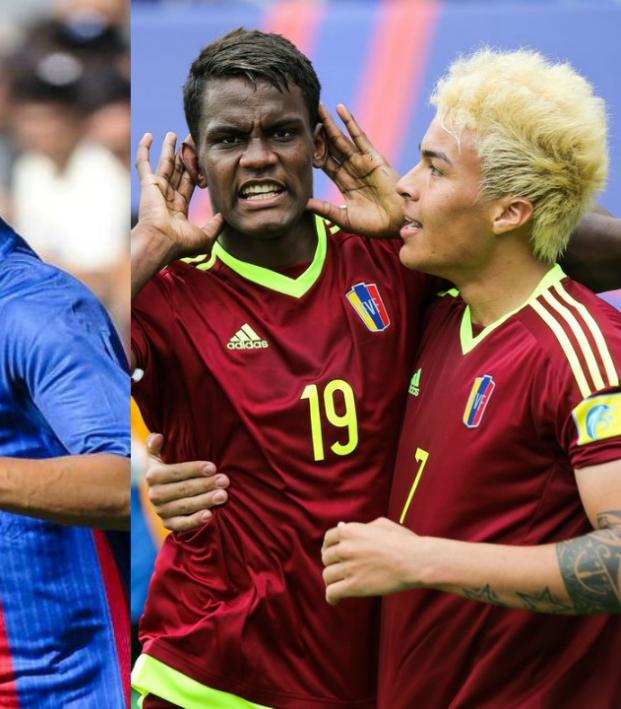 Let’s get one thing out of the way: these cats are young. They’re like kittens in that sense — feral, attack-minded, alley kittens. It’s easy to get hyped on talent at the FIFA U-20 World Cup because the game, at this age, so heavily favors attackers. The goals are beautiful, but they’re generally scored in acres of space and triggered by a breakdown in midfield or defense.

Goalkeepers and defenders are lacking a key ingredient in what makes them great later in their careers: experience. You might also say that teams are tactically naive at this age, but that’s for the best. This is the age for players to express themselves, to be more single-minded in their approach and a time for physically developed youngsters to use every personal advantage to brutalize the opponent. It’s fun to watch, but the U-20 World Cup clearly isn’t a crystal ball for gazing into the future.

Of the 12 players we’ve identified here, maybe one or two will go on to be world-renowned, while the others will simply go on to play professional soccer for a while and make a lot of money. Sounds awful, doesn’t it?

Take, for example, the winners of the tournament’s Golden Ball between 2009 and 2013. In 2013, Paul Pogba took home the award. He’s only gone on to bigger and better things since then.

In 2011, Brazil’s Henrique Almeida was the tournament’s top player. He’s since played for Sao Paulo, Granada, Botafogo and Gremio without really making a huge impact at any club. Still, that's a pretty impressive resume.

In 2009, Ghana’s Dominic Adiyiah was the revelation of the tournament. He now plays for Nakhon Ratchasima in Thailand.

So there you have the full spectrum of what can become of players who dominate this tournament — it’s impossible to forecast. But whatever. Here are 12 players at the 2017 FIFA U-20 World Cup that are all going to be better than Lionel Messi and Cristiano Ronaldo combined. 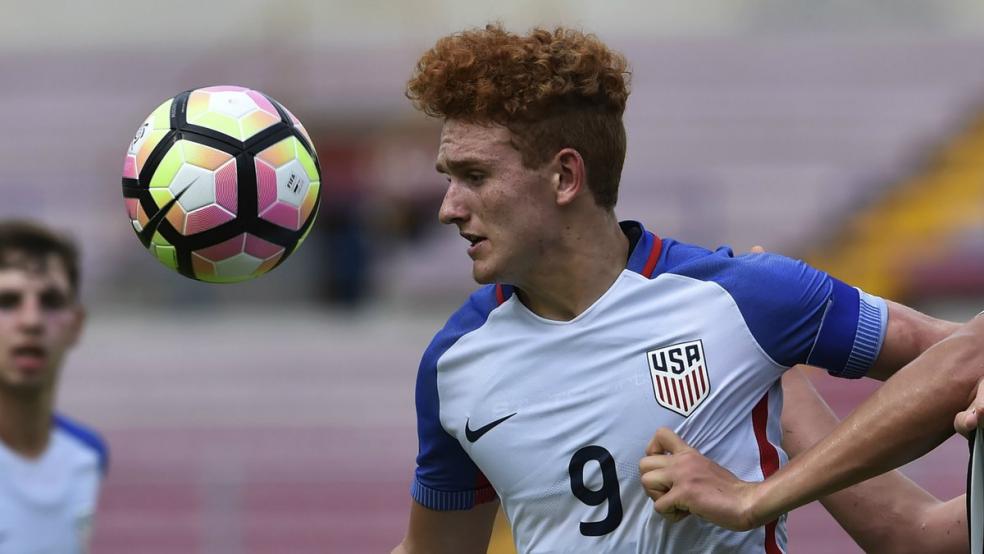 Josh Sargent is already the best player in the history of the United States after scoring three goals.

Nobody really knew Josh Sargent before the U-20 World Cup kicked off. Yes, he excelled for the United States at the U-17 level, but if that really floats your boat, you have a problem.

But now Sargent is “U.S. Soccer’s next great hope”, he’s “USA’s 17-year-old rising soccer star”, he’s “an American revelation”, he’s “ready for Europe”. You can imagine just how shocked the U-20s of Ecuador and Senegal were when they came up against the ginger Pele.

We haven't seen a striker like this since Jozy Altidore was kicking the ball too hard as a five-year-old. 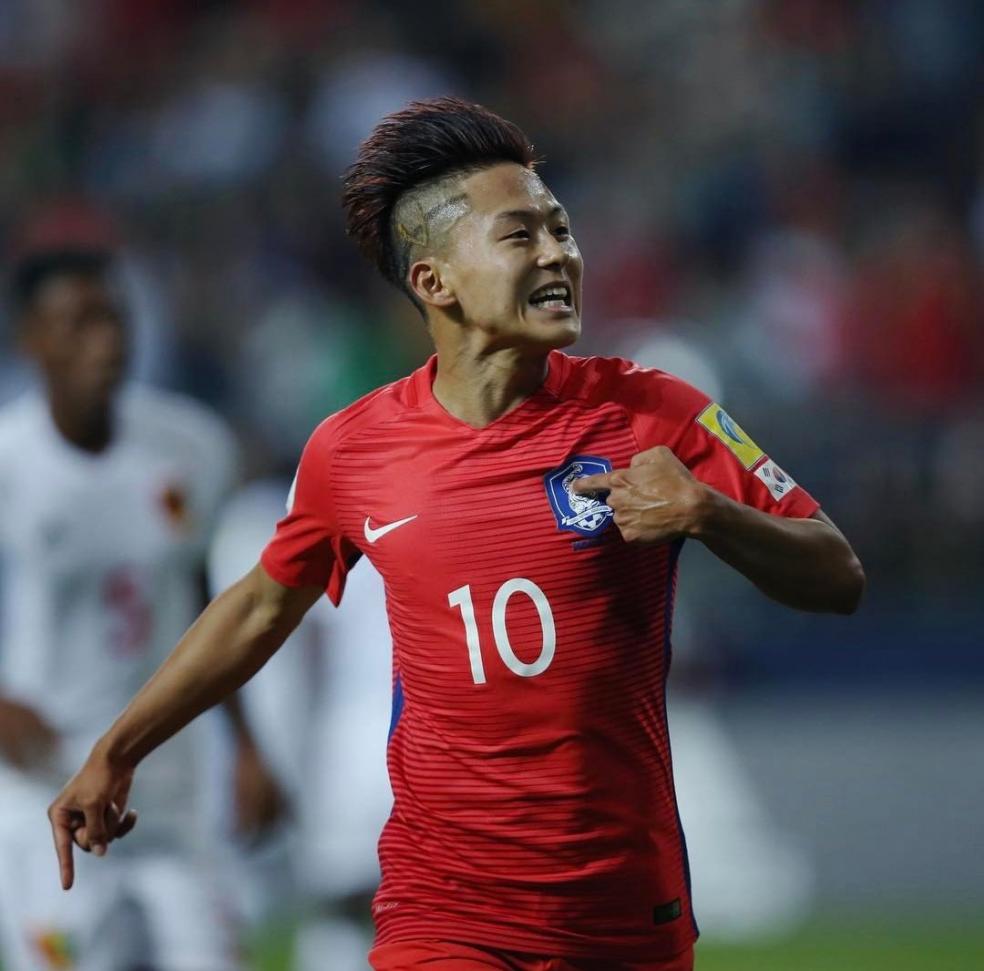 They call him the South Korean Messi and that's a compliment to Messi.

They didn't call him the Messi of South Korea for nothing. Lee Seung-Woo's showing Argentina's youth side how to play gambeta style. pic.twitter.com/NBazEKJE1Y

Lee Seung-woo is 19, he’s been at La Masia since capturing Barcelona’s attention as a precocious 12-year-old and he now plays for the Barca B team. That should tell you everything you need to know about this young baller. 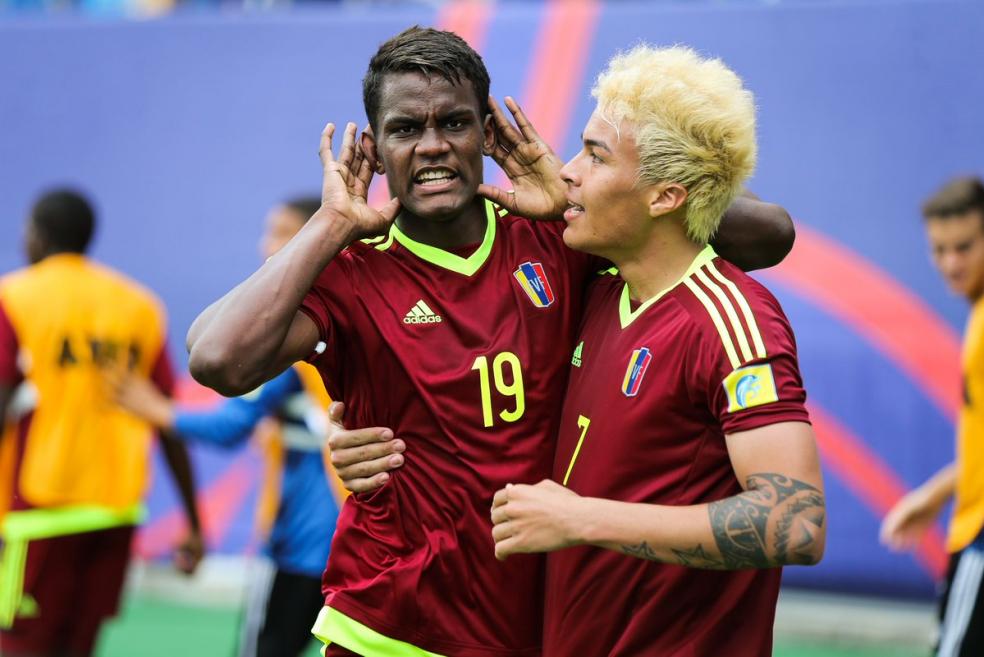 You can't have your Cordova without your Penaranda, so they say.

FT | Venezuela 2-0 Germany | Ronaldo Peña and Sergio Córdova get the U-20 World Cup started with a sensational win: pic.twitter.com/pQXW3Ek4uj

Sergio Córdova getting his fourth goal of the tournament after being set up by Adalberto Peñaranda: pic.twitter.com/pWcDzYjHDn #Venezuela #Gol

For attentive readers out there (wow, good job on your ACT), you’ll notice that I’ve snuck in two players in one slot! That’s because there are no rules, and I couldn’t choose just one Venezuelan representative when you’ve got these two La Vinotinto prodigies looking like a better South American pairing than Neymar and Gabriel Jesus. Also, Penaranda has nice hair.

They came, they balled, they conquered. 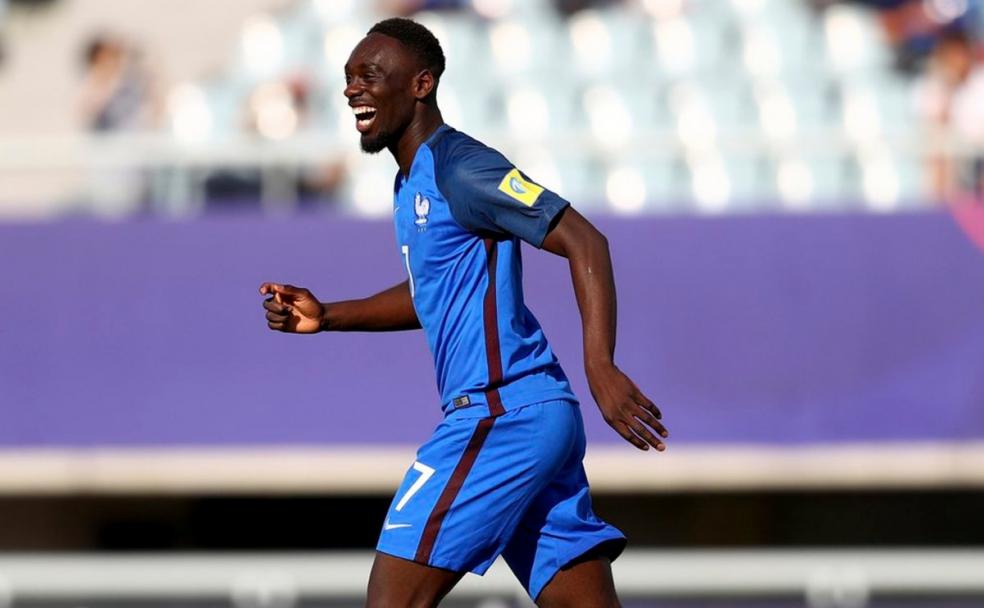 The PSG 19 year old played very well in his debut for France in the U20 WC. pic.twitter.com/Up9cBoshQl

Hey, have you heard the one about an insanely talented French forward who's the next Thierry Henry? Perfect, because here's another one. For a country that can’t even be bothered to call up Karim Benzema because Antoine Griezmann, Olivier Giroud, Andre-Pierre Gignac, Anthony Martial, Alexandre Lacazette, Kevin Gameiro, Kylian Mbappe, Anthony Modeste, Valere Germain, etc., this is really just embarrassing now. 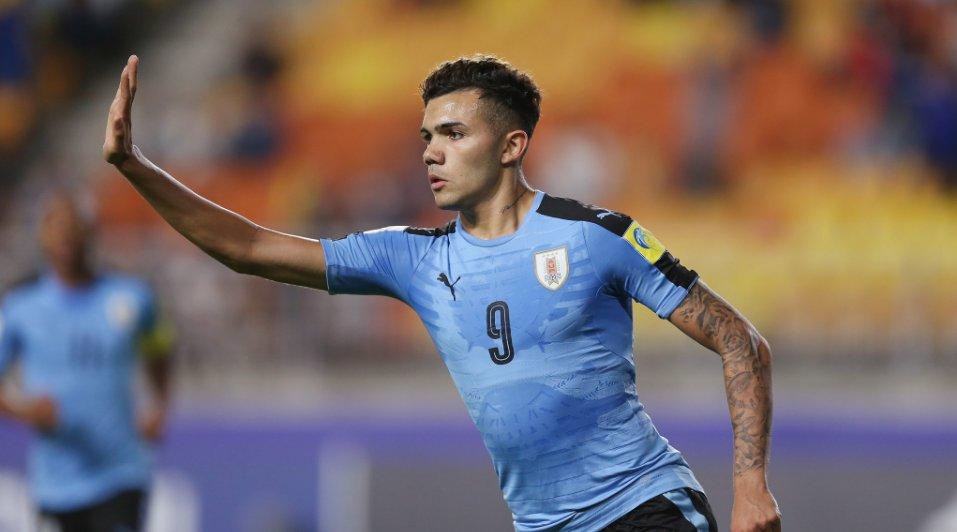 Nicolas Schiappacasse is a tough name to fit on the back of a jersey.

The 1-0 for Uruguay vs. Japan. A brilliant team move rounded off expertly by Nicolás Schiappacasse. (@ScoutedFtbl). pic.twitter.com/p0PNxBnHBE

I'm telling you right here, right now: the greatest goal call in the history of the game will involve Nicolas Schiappacasse. SCHIappaCASseeeeeeeeee!! It's more fun to say than Francisco. And he will eventually do a really important goal, because this kid has got straight tekkers.

He's only 18, but he rose through the ranks at River Plate to become a first team regular, and then Atletico Madrid asked him to sign "Straight up G" on the dotted line. 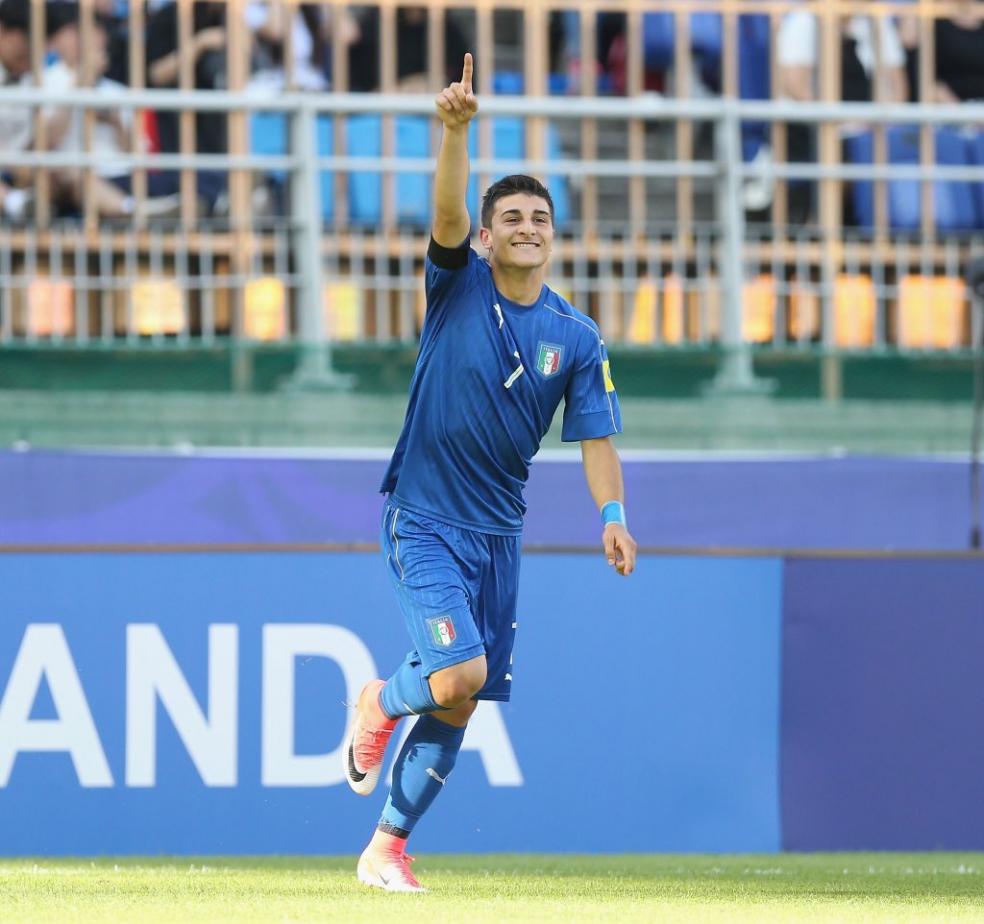 When you're 20 and Juventus want you, you're good.

You might not recognize the name, but you know Riccardo Orsolini. I’ll show you how:

To say that Orsolini is good at dribbling is to say that the Tin Man’s privates are made of sheet metal. It’s as clear as day. Not only is he as tricky as Run-D.M.C, he also drops bangers like a pack of rubber chickens. 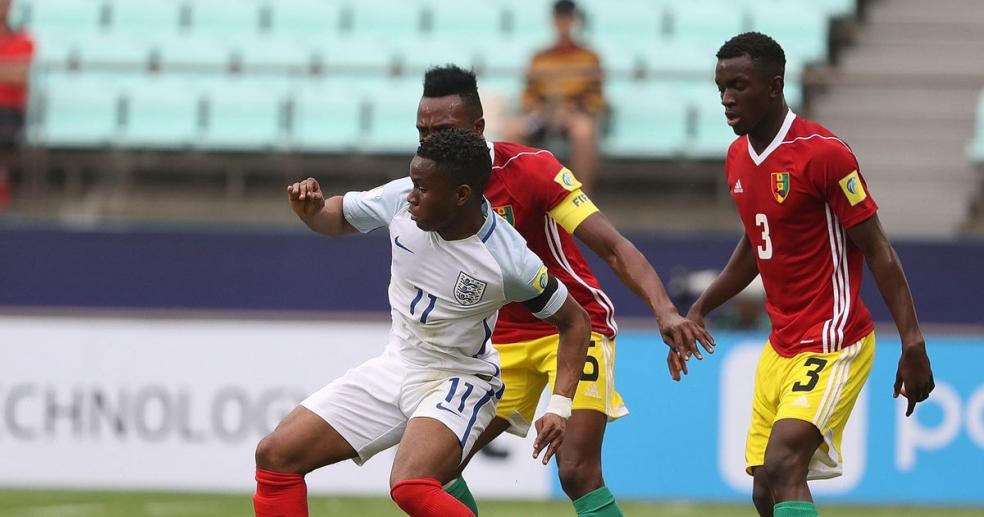 Ademola Lookman has described his own game as "flairy".

London-born Ademola Lookman was signed by Everton on January 5 and completed his remarkable rise to the Premier League by scoring against Manchester City only 10 days later on his club debut.

This wizard of the wing hasn’t yet got on the scoresheet in South Korea, but he struck the post twice against the hosts after some zany dribbling tekkers. As Rufio would say, looky looky out for Lookman 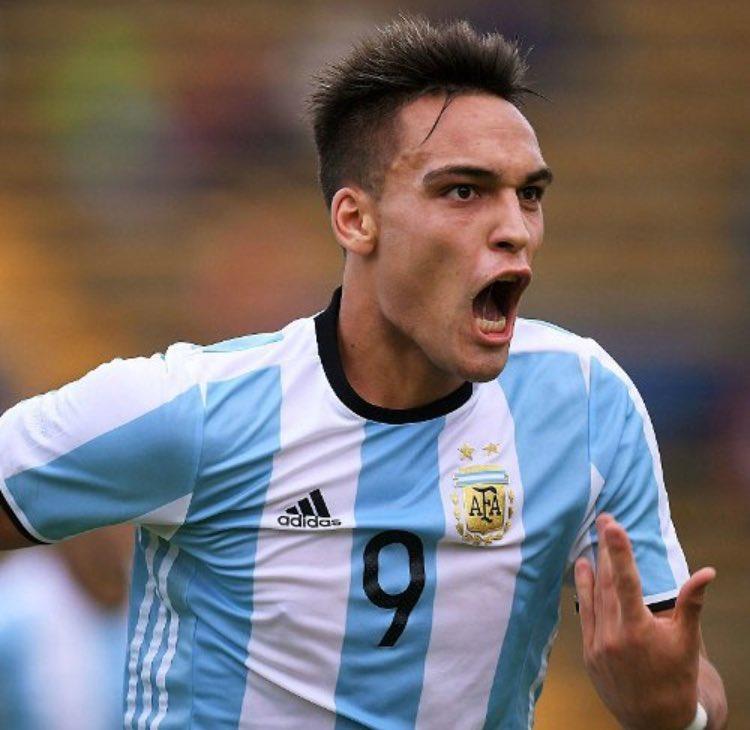 Lautaro Martinez was sent off, but he's not a bad guy.

Lautaro Martinez’s World Cup couldn’t have started any worse as he was dismissed against England via the Video Assistant Referee, thus becoming a historic piece of U-20 World Cup bar trivia.

Lautaro Martinez retrespectively sent off during the match for elbow on Fikayo Tomori. Video assistant referees in action! #U20WC pic.twitter.com/QJP60d1gOT

You can retroactively take Martinez out of the game, but you can't take the game out of Martinez or something. 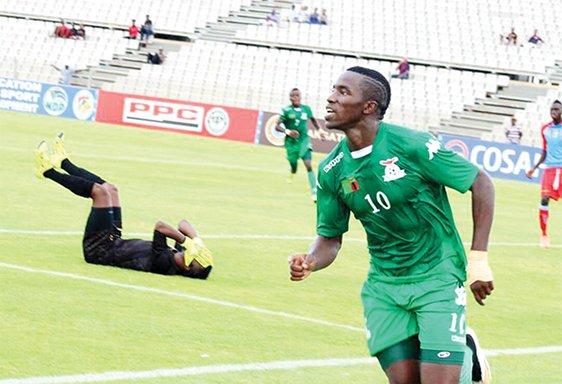 You think fashion's your friend, my friend, fashion is danger.

Fashion Sakala has got it all: the strength, the speed, the finishing ability and, most importantly, the name. He's got the look. The Zambian’s talents saw him move to Zanaco FC, the most decorated club in Zambian football history, at a young age.

From there, Russia’s most successful club, Spartak Moscow, signed him to a three-year deal. 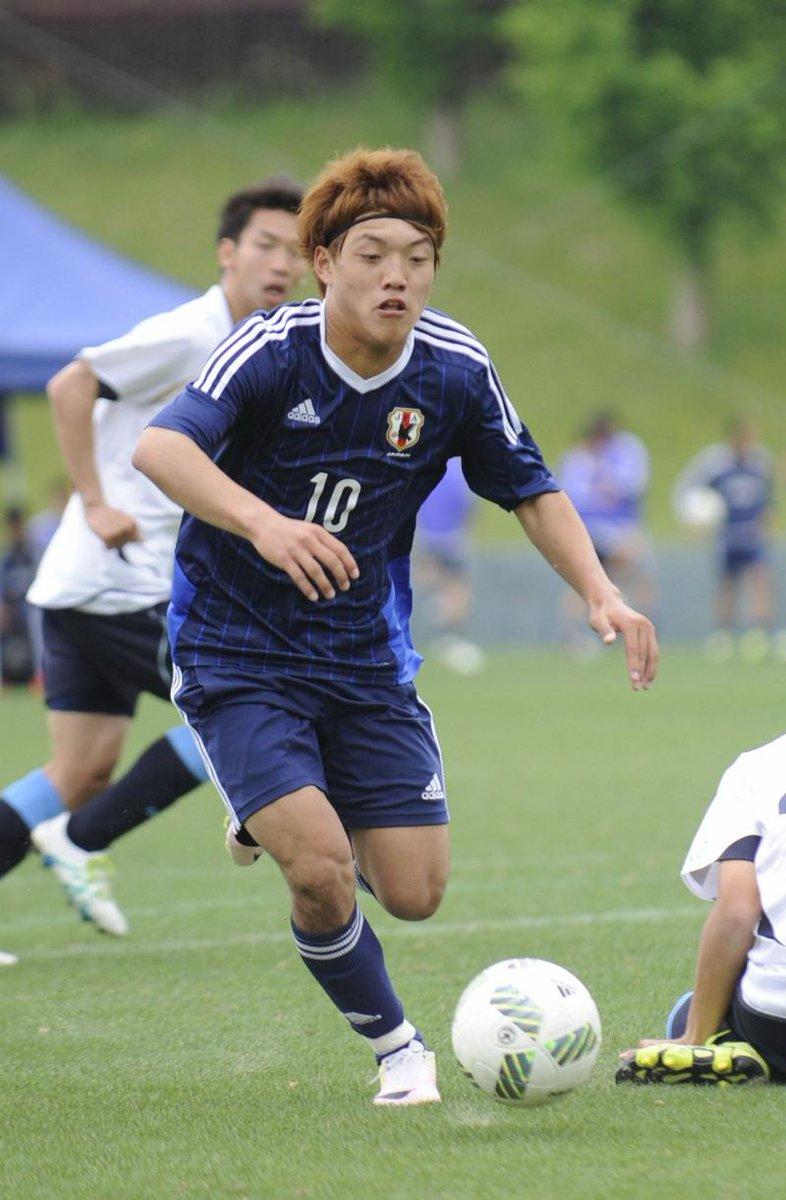 Look at that defender just sitting on the ground with his ankles snapped.

He may be only 17, but at next #U20WC he'll be probably one of the stars: Ritsu #Doan can only grow #ACL#GAMvADE@MondoFutbolCom pic.twitter.com/n1zmJWvBmU

Ritsu Doan has just broken into the first team of Japan’s Gamba Osaka, scoring three goals in seven league matches. He’s the most highly regarded young talent in Japan, and he was given the AFC Youth Player of the Year award in 2016. There's also an unsubstantiated rumor, started by me, that he's going to bring balance to the force. 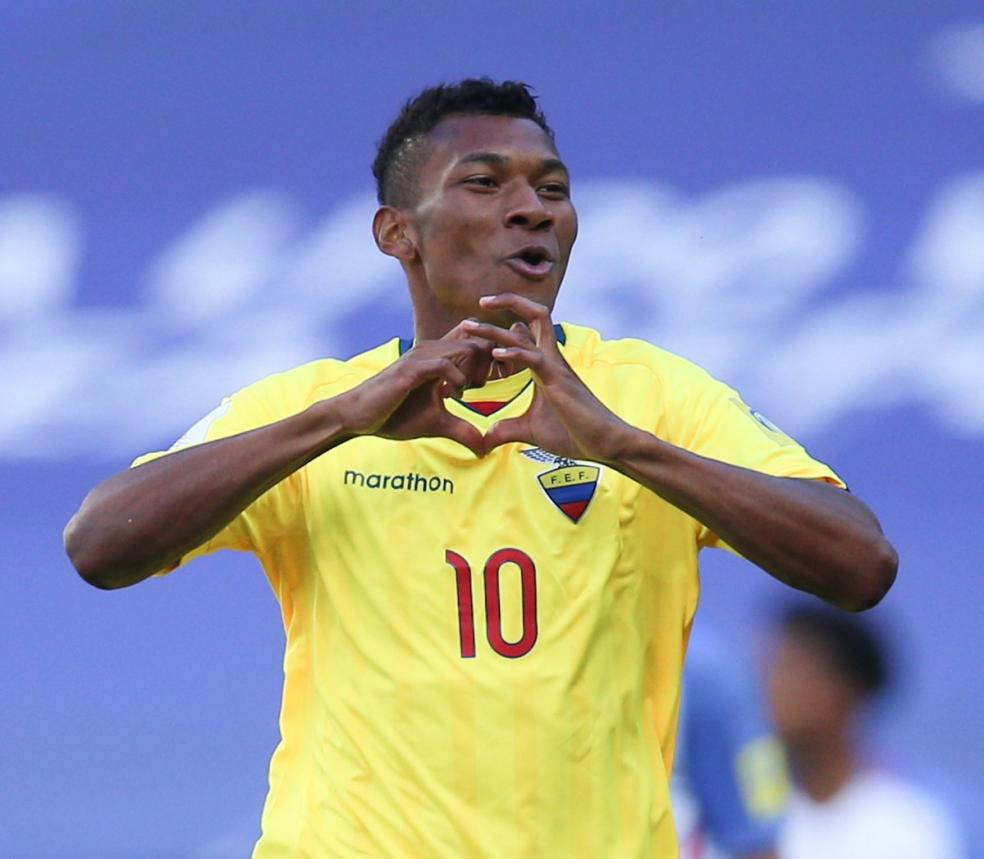 The worst celebration in all of football. This should be a yellow card.

20-year-old Bryan Cabezas is an All-Action-Jackson midfielder who’s already appeared for the Ecuadorian senior side and plays his football in Italy with Serie A’s Atalanta. Fun fact: he’s ambidextrous so nobody knows how in the hell to mark him.