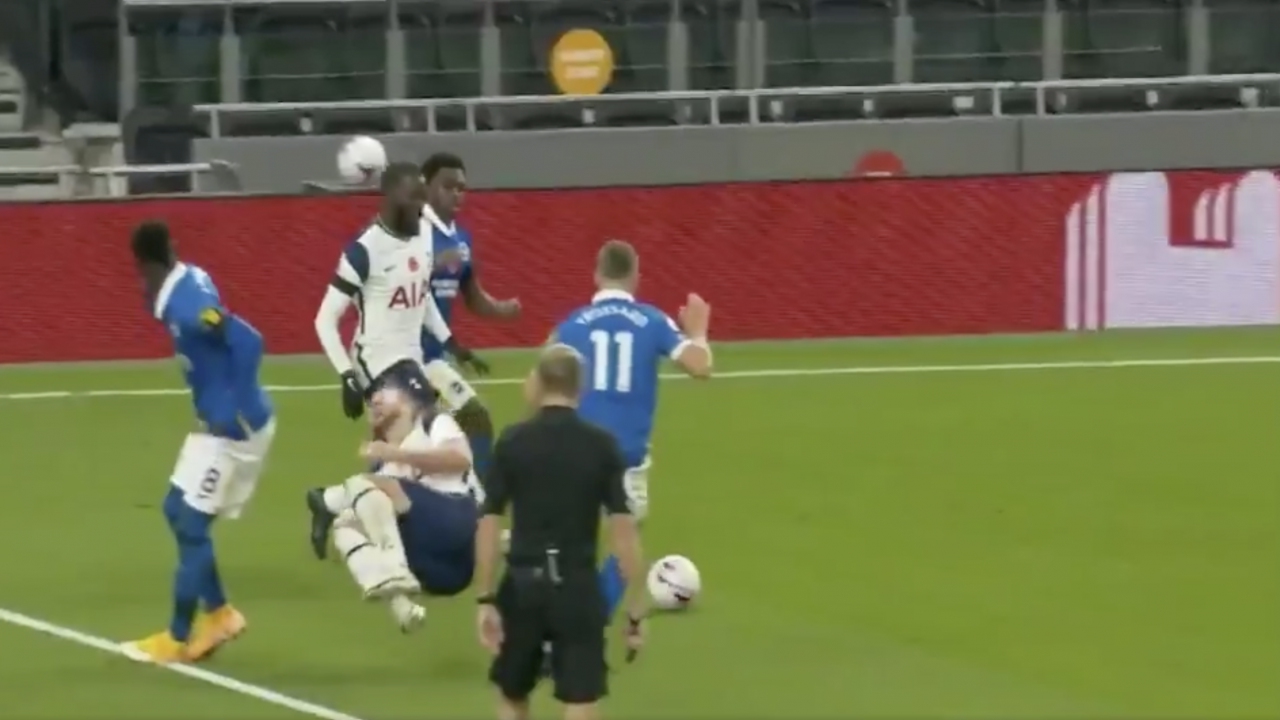 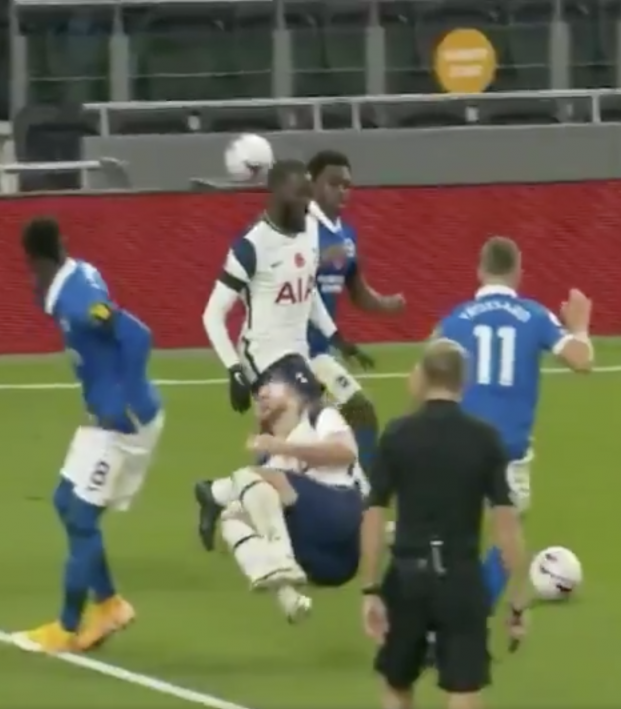 Don’t let Gareth Bale scoring Tottenham’s game-winning goal against Brighton on Sunday distract you from Harry Kane and Son Heung-min’s abysmal flopping performance. In the span of ten seconds, the world was treated to two pathetic Kane and Son flops.

Jose Mourinho must have told his players that the referee was in the midst of practicing for a role as one of the three blind mice. The center official had a controversial call in the 56th minute after awarding Brighton’s equalizing goal despite a clear and obvious foul on Pierre-Emile Hojbjerg during the build-up.

To clear up any confusion, the referee was awarding a goal kick and not a penalty. It’s unfortunate the clip doesn’t have any audio. To give the Kane and Son flops the chorus they deserve, I took it upon myself to add the musical backdrop that their theatrics merited.

1. The Earth is round

3. Everything is better with Titanic music pic.twitter.com/Brcihwk1X4

If awful recorder Celine Dion isn’t your taste, I made a back-up option just for you. Visiting teams that play at Tottenham Hotspur Stadium must be wary of the marksman lurking in the rafters.

Someone really needs to do something about the sniper that's been living at Tottenham Hotspur Stadium. pic.twitter.com/B0SEGrgMNn