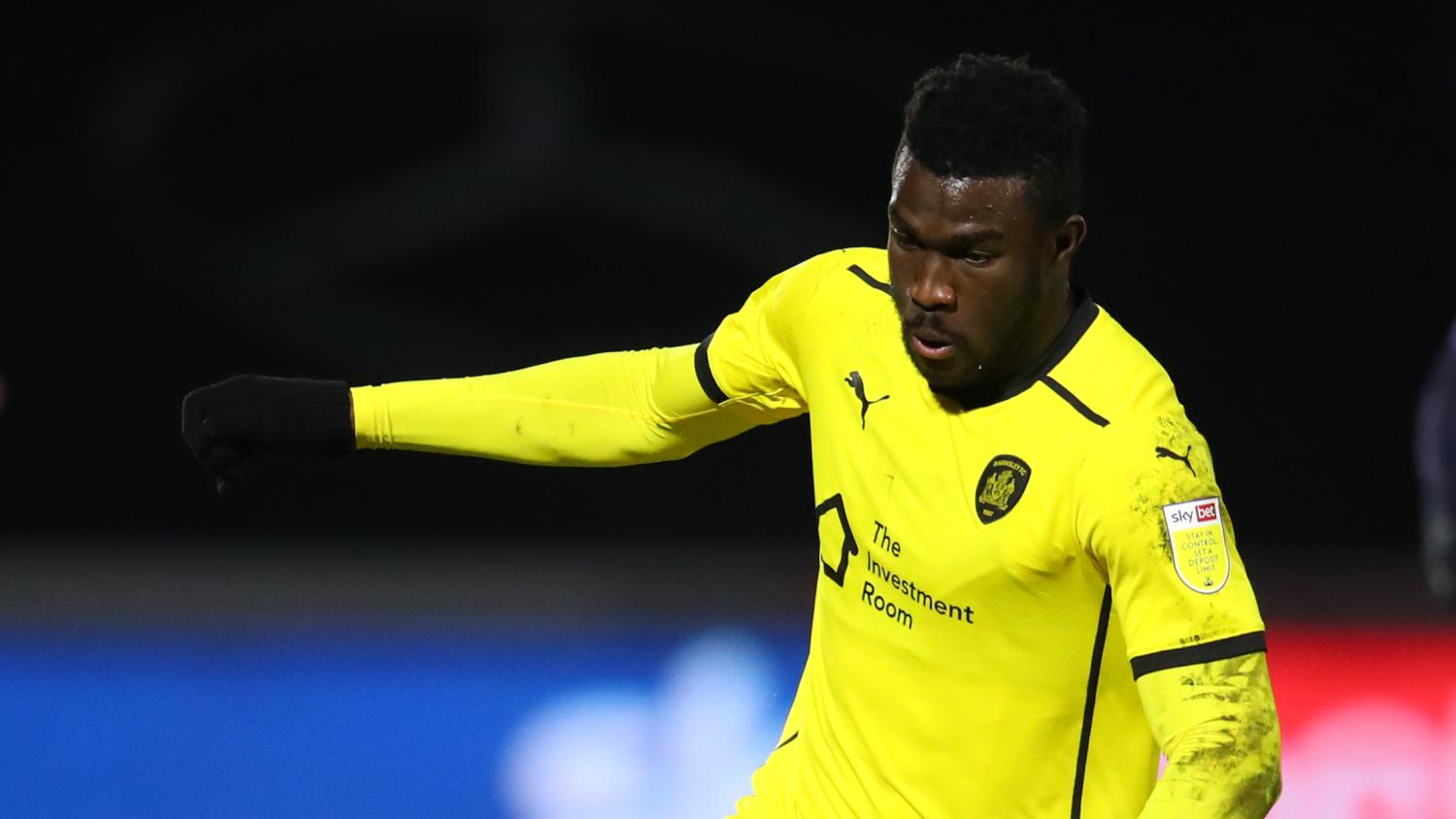 He already has the approval of football's strongest man, Adebayo Akinfenwa.
Getty Images

Americans have a long, but not necessarily impressive, history of playing soccer in Europe.

John Harkes was the first American to play in the English Premier League when he debuted for Sheffield Wednesday in 1991. Since then, many Americans have tested their mettle in England, yet very few have delivered truly impressive seasons.

Tim Howard was one of the better goalkeepers in the Premier League for a decade, Brad Friedel's Premier League run extended even longer, while Clint Dempsey and Brian McBride both had their share of impressive seasons.

American stars are even harder to find at the Championship level, where just 41 Americans have appeared in the history of the league.

Jay DeMerit had a great run with Watford back in the 2000's and fellow defenders Tim Ream and Eric Lichaj were solid players during the 2010's. Geoff Cameron and Duane Holmes are two current Americans who are regulars in the Championship, but neither would be considered players of note in the division.

Americans have fared even more poorly at scoring goals in the Championship.

The best goal-scoring season by an American in the English second division came from Reading's Bobby Convey back in 2005-06, when the former DC United winger netted seven times in the Royals' promotion campaign. Convey never scored again for Reading in league play, despite making 35 more appearances. He also scored just once in 46 international appearances for the USMNT.

Second place on the list is jointly held by Danny Williams and Eddie Lewis, both of whom scored five times in a Championship campaign. Williams, a defensive midfielder, achieved his feat with Reading in 2015-16, while left winger Lewis' career-best goal-scoring season came with Leeds in 2005-06. Lewis did have some impressive seasons as a playmaker though, notching 13 assists for Leeds in 04-05 and reaching eight assists two years later.

Only three other players have scored more than two goals in a Championship season: Jay DeMerit with Watford in 04-05 and 05-06, Jemal Johnson with Wolves in 06-07 and Robbie Findley with Nottingham Forest in 11-12. All three players reached three goals in their respective campaigns.

But a new contender has emerged. He stands 6-2, 220, has 96 strength in FIFA and was recently subject to a $10 million bid from a top-six Premier League team.

Around this time a year ago he was playing collegiate soccer for the University of Virginia, now Daryl Dike is on pace for the best goal-scoring season ever by an American in the Championship.

The Oklahoma native already has five goals in just 10 matches for Barnsley since joining on loan from MLS side Orlando City in February.

Josh Sargent, Brenden Aaronson and Taylor Booth have all scored goals today but the best goal by an American this weekend remains Daryl Dike’s blast from Saturday.

This is the second-most goals scored by an American in a Championship campaign, and Dike only needs three goals in Barnsley's final nine matches to break Bobby Convey's record of seven goals.

Another day, and more goals for former  University of Virginia player, Daryl Dike, who scored 2 goals for Barnsley FC in the English Championship.

"The kid was a problem," Wycombe striker Adebayo Akinfenwa said after Dike scored twice in Barnsley's victory over Wycombe on Tuesday. "He's got a big future ahead of him."

That is some high praise from the strongest man in football.

Enjoy Dike in the Championship while you can, because pretty soon he'll be playing primetime football.