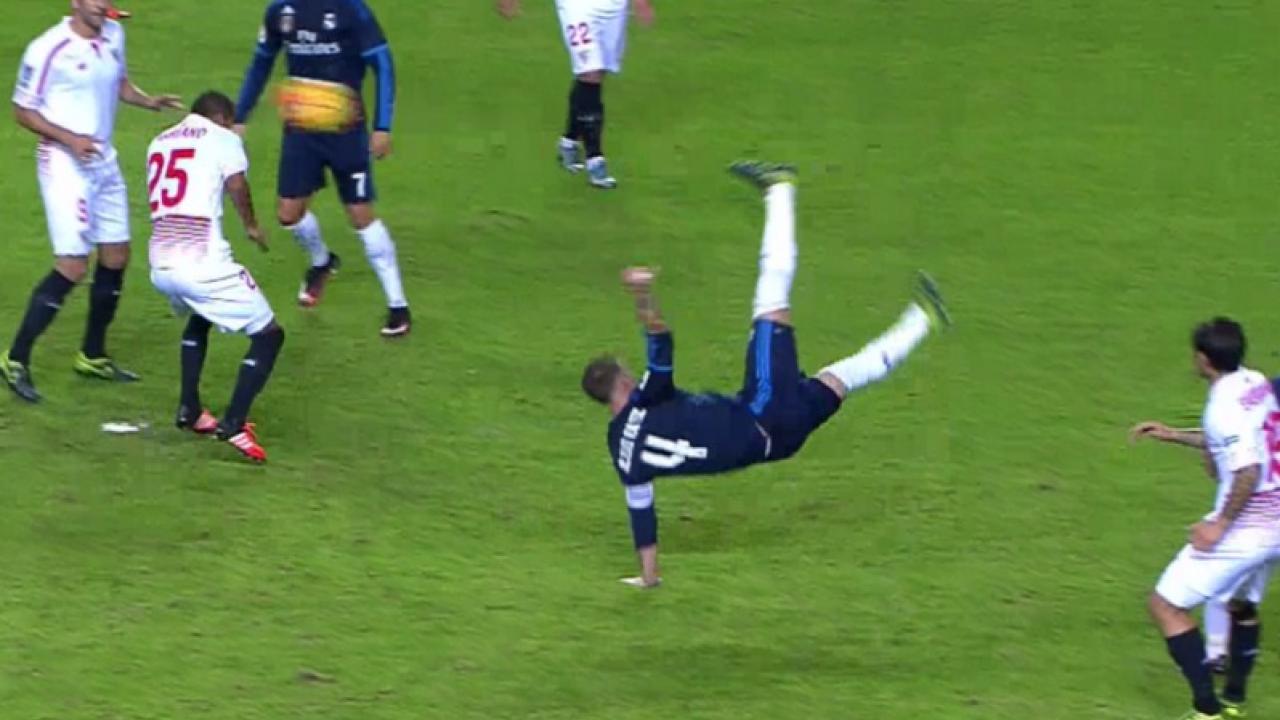 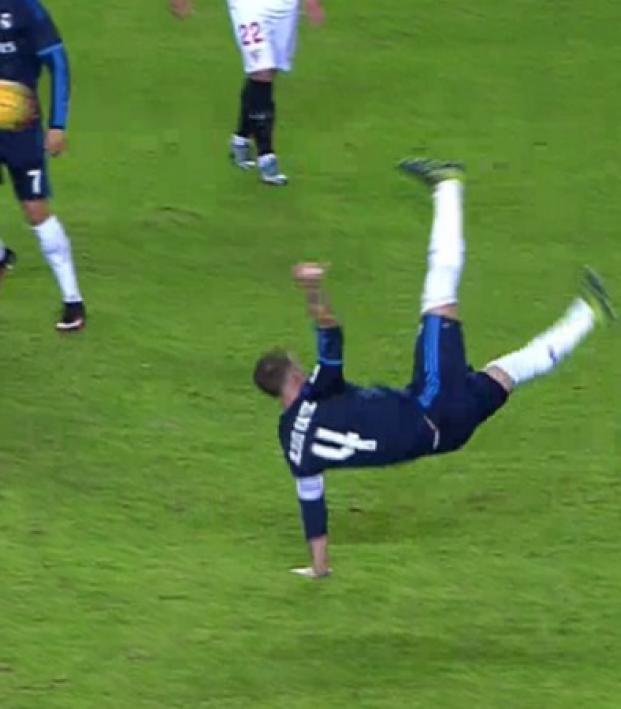 Injured shoulder? Psh. This Sergio Ramos bicycle kick shows that the Madrid captain care more about scoring epic golazo's then some ailing shoulding. Ramos had already missed six games due to the injury and has played in a handful of matches (Atlético, Celta, Sevilla and Champions League games against PSG) thanks to taking cortisone shots before matches. That only makes this goal more badass considering Ramos the fact that it sounds like Ramos should is about to fall off.

On a Real Madrid corner kick, Ramos gained just enough seperation to execute a chilena into the bottom right corner of the goal. He stayed down for a little bit after the goal and was subbed off 10 minutes later. A source claimed that Ramos said that Real Madrid players have "0 confidence in the training staff", which doesn't seem too far fetched considering Ramos has been dealing with this injury for a good two months. Either way, Ramos is going to suit up for El Clasico on November 21st, because who the hell would miss playing in El Clasico? it was also reported that Ramos will get surgery after the match. 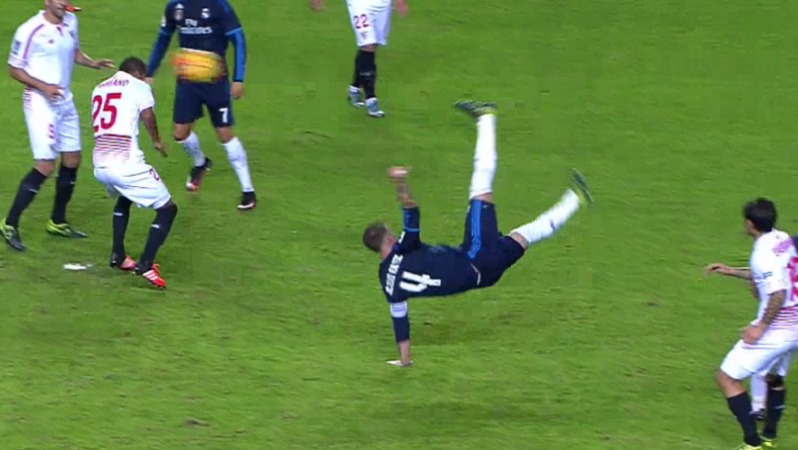