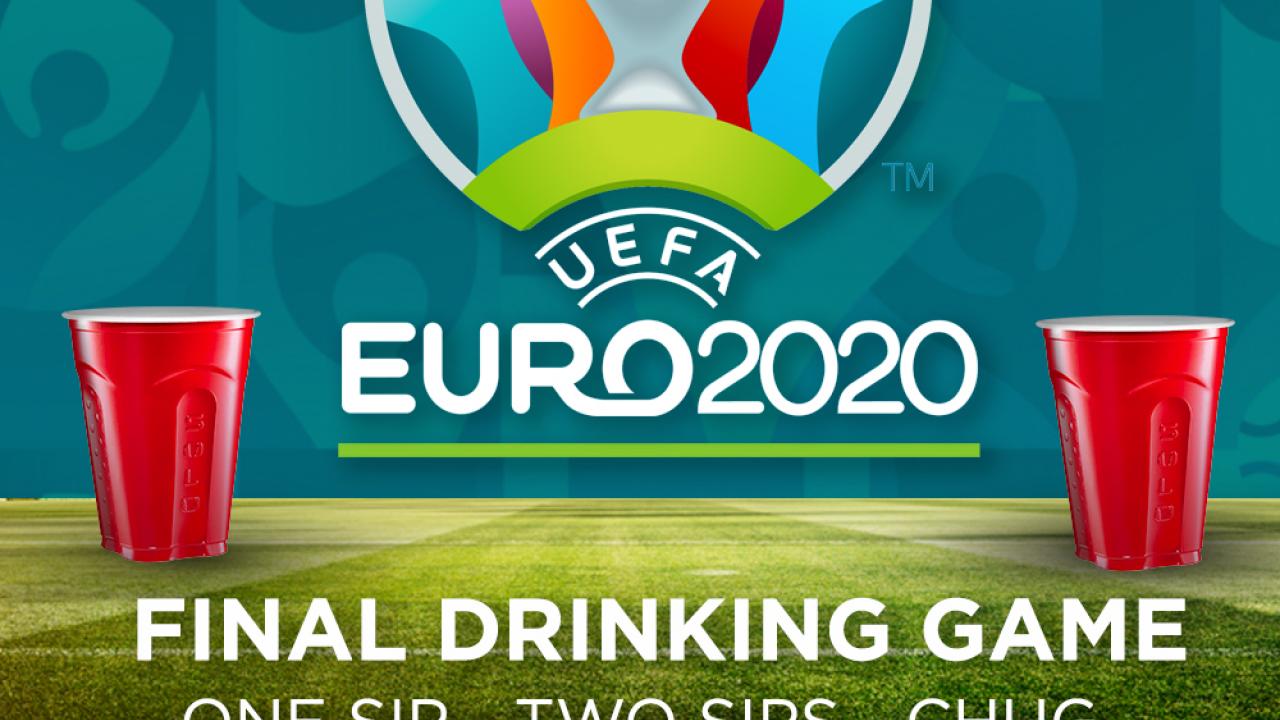 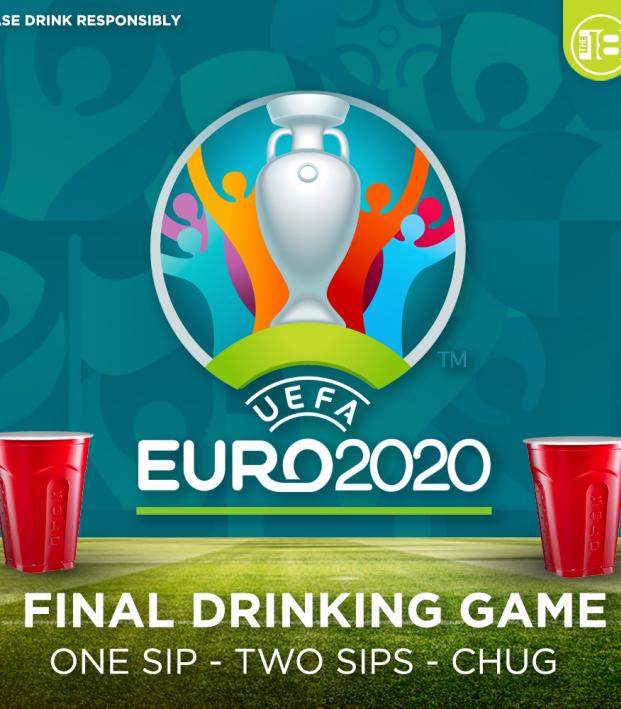 Spice Up Italy-England With Our Euro 2020 Final Drinking Game

England and Italy — two giants of the game — face off to be crowned champion of Europe on Sunday. Two nations soccer fans either love or love to hate will make for an epic finale the entire football world will be watching. But in case you want to rope in your friends who are filthy casuals, we’ve got a Euro 2020 Final drinking game just for you.

If you aren’t lucky enough to be one of the 60,000 fans spreading the delta variant in Wembley Stadium on Sunday, you’ll want to catch the Italy-England match with some friends and, if you’re of legal age, an alcoholic beverage of choice. With a 3 p.m. ET kickoff (noon on the West Coast), Sunday is a perfect time to imbibe and cheer, with plenty of time to sober up for the USMNT’s Gold Cup opener against Haiti later that night. Just try not to be too hungover from the Copa América final between Brazil and Argentina on Saturday night.

With England wanting to annoy the world by bringing it home and Italy trying to sculpt a footballing renaissance, there is plenty of intrigue for the final. But let’s be real, once the little Volkswagen car brings out the ball for the first kick, the only thing on the minds of most fans will be watching who wins, seeing who fucks up and putting booze into your body.

Here is the best Euro 2020 Final drinking game on the internet, based on the fact that it’s the only one we’ve bothered to look at. The rules are pretty simple: Find a suitable beverage — we suggest a nice prosecco for Italy fans or a shitty beer for England fans, but soda or water works too — and drink either one sip, two sips or a lengthy chug whenever any of the following events occur. 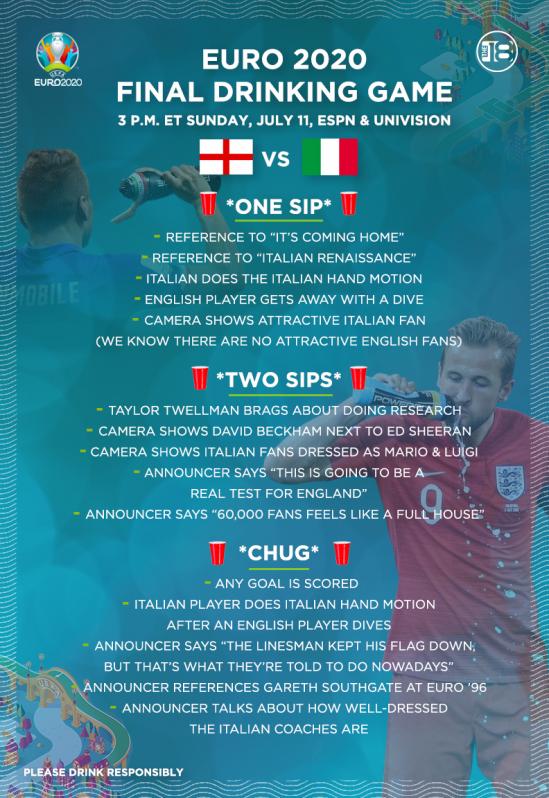