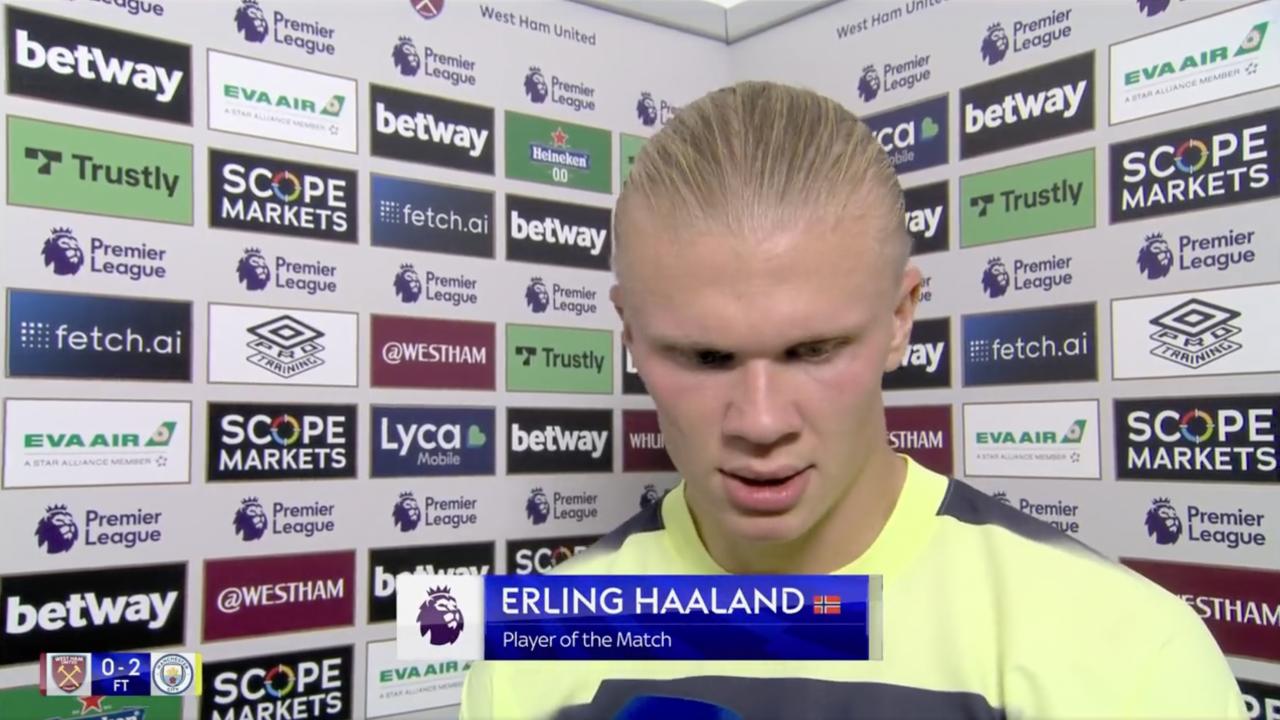 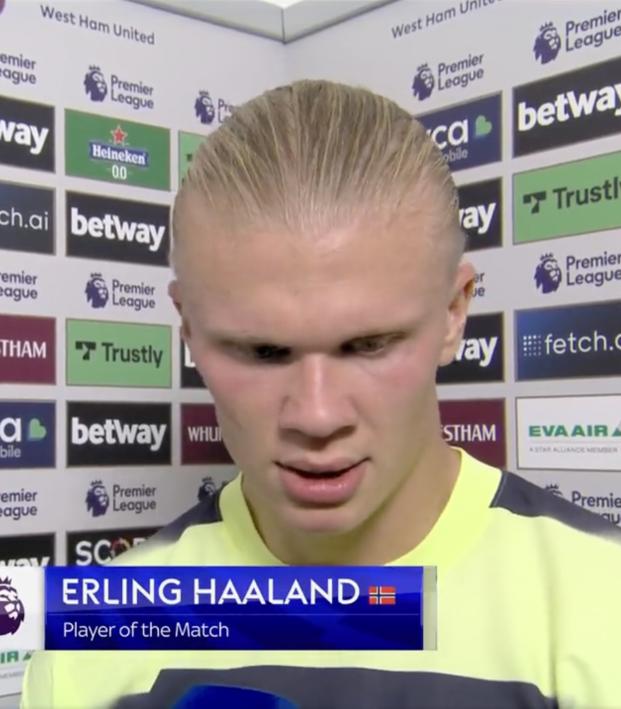 Haaland Calls Debut ‘Shit’ For Not Scoring In Final 25 Minutes. He Came Off In The 78th

And so it begins. On Sunday, Erling Haaland made his Premier League debut for Manchester City and scored two goals during his 78 minutes on the pitch.

History says this is largely what we should expect from the 22-year-old. With Borussia Dortmund, Haaland averaged a goal every 86 minutes (62 in 5,388) while his career average in the Champions League is one every 77 (19 goals in 1,463 minutes).

Guardiola said it best after the match: "He was born to score goals."

Erling Haaland finds the back of the net once again!

Guardiola also had a dig at those who criticized Haaland after the Community Shield: "One week ago he could not adapt in the Premier League. Now he's alongside the best, Titi Henry, Alan Shearer and Cristiano Ronaldo."

Haaland himself was less enthused after striking in the 36th and 65th minutes. His failure to find the back of the net in the final period of the match (despite being replaced by Julián Álvarez in the 78th) left him displeased.

"It's almost 30 minutes since I scored the last goal so I have to keep going," he said.

Haaland was also mad at himself for not making a run for İlkay Gündoğan that could've earned him a hat-trick.

Man City returns to action Saturday with its home opener against Bournemouth. The Cherries opened with an impressive 2-0 win over Aston Villa.