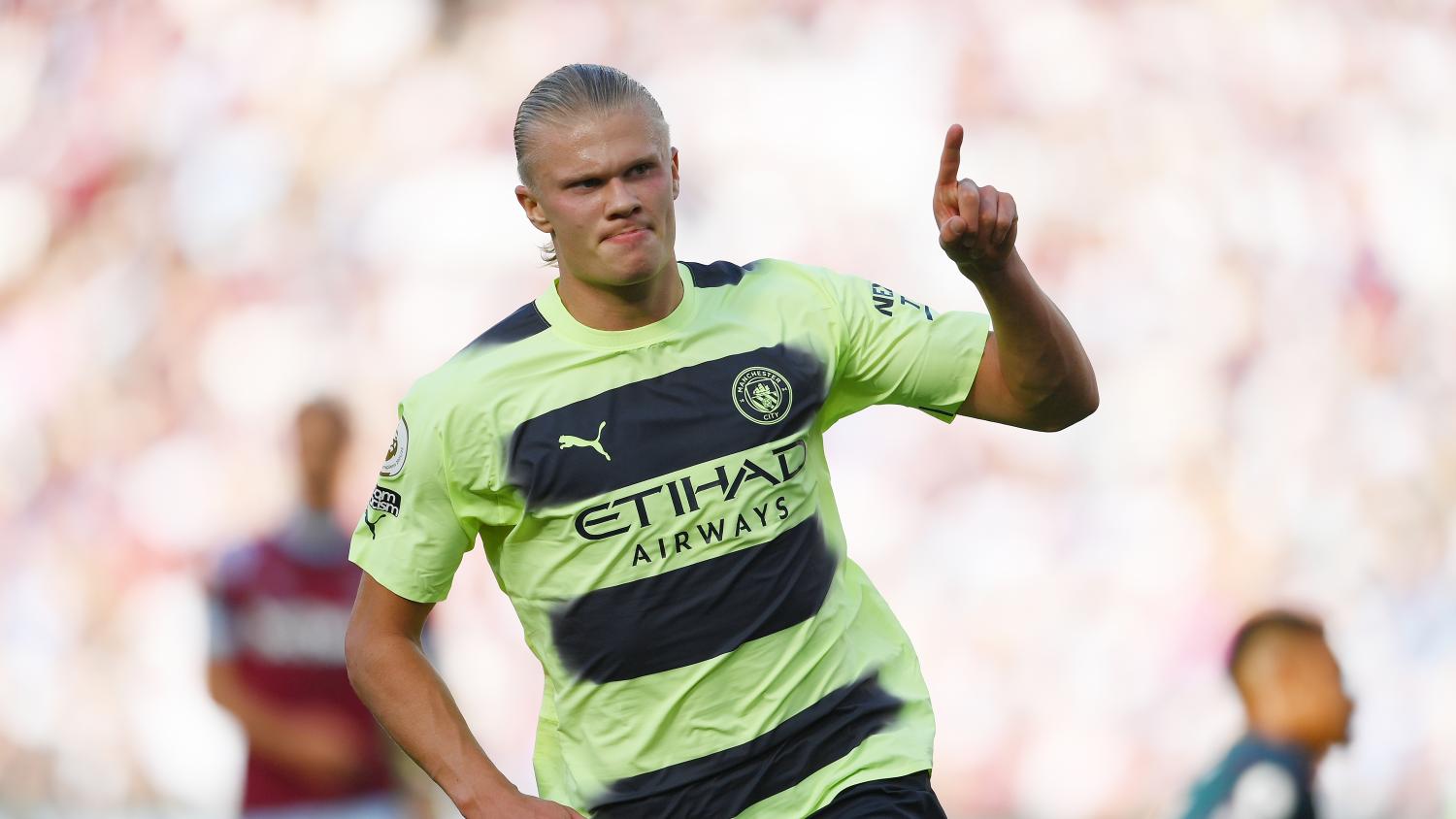 With 37 matches still to play, it's time to bring the curtain down on the 2022-23 Premier League season. On the limited evidence of Matchday 1, here's how things are going to shake out over the next nine months, guaranteed.

5 Things That Are Certain After EPL Opening Weekend

A trip to London Stadium on Sunday was a difficult opening task for the defending champions, and West Ham packed the place with a record crowd of 62,500. But the deepest fears of City's rivals were confirmed as the introduction of a true No. 9 didn't disrupt Pep Guardiola's system, it made it even better.

Erling Haaland scored two, and the second — coming off a feed from the maestro Kevin De Bruyne — was certainly a sign of things to come.

Erling Haaland finds the back of the net once again!

It looks like the 22-year-old is going to treat the Premier League like he's treated every competition he's ever played in. That means he's going to average a goal every game and City's going to race to the title, but first they have to catch Bournemouth.

#2. Manchester United's Going To Get Relegated

Here we go again. A new manager and a little time away hasn't solved anything as the same shortcomings exposed Manchester United at Old Trafford on Sunday.

It was another match to forget for Harry Maguire, Marcus Rashford was wasteful, Jadon Sancho quiet, Fred and Scott McTominay outmatched in midfield... a prematch standing ovation for Erik ten Hag was replaced by halftime groans, full-time jeers and more open mutiny against the Glazer ownership.

Groundhog Day offers more variety than Roy Keane ripping into the squad at this point, and after watching Brighton attempt 15 shots at "The Theater of Dreams" with United academy product Danny Welbeck pulling the strings, it's clearly time for something drastically different.

Relegation to the Championship might be a little extreme, but we're ready to see it all burned to the ground.

It's a brace for Pascal Gross!

Brighton take a 2-0 lead and stun the crowd at Old Trafford. #BHAFC

#3. Newcastle And Major Leeds Soccer Are Qualifying For Europe

After a summer of wheeling and dealing in the transfer market, Newcastle showed that now's the perfect moment to play a Nottingham Forest team that's still learning names. But Eddie Howe has built a starting XI that looks ready and able to challenge for the top seven, although the squad's lack of depth could be a hindering factor.

Still, Howe has shown an ability to get the most out of previously discarded performers like Joelinton and Fabian Schär.

WHAT A HIT BY FABIAN SCHAR! #NUFC

Over at Elland Road, the USMNT's preparations for the World Cup got off to a great start with Jesse Marsch handing Tyler Adams 90 minutes and Brenden Aaronson getting 84.

Jesse Marsch & Bruno Lage appear to get into an argument after the final whistle.

#4. The EPL Goals Record Is Falling Down

It turns out Aleksandar Mitrović was just getting started when setting the EFL Championship record with 43 goals in 44 matches last season. Now he's going for Alan Shearer and Andrew Cole's EPL mark of 34 after scoring two on Virgil van Dijk and Liverpool.

Who said he can't do it in the Premier League. pic.twitter.com/hLnYPQhe4a

Kane and Son already had an argument as the world's best duo, but the 22-year-old Kulusevski reminded everyone why he was once regarded as one of the game's brightest talents.