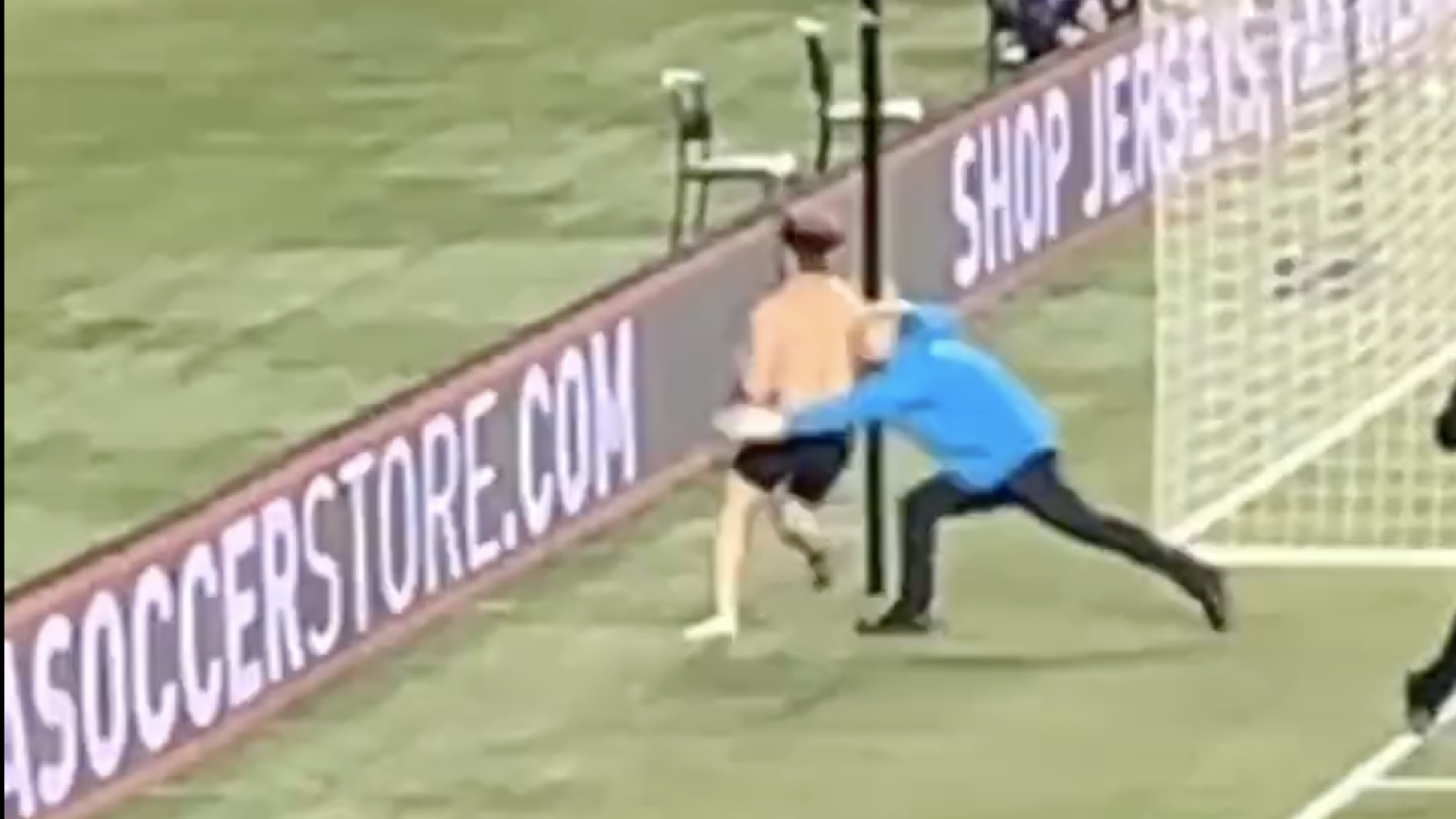 I can’t imagine this experience was worth it.
@FFLose | Twitter

Canada tested out its home-field advantage in Edmonton on Friday and it worked wonders. Over 48,000 fans packed into Commonwealth Stadium to watch Canada defeat Costa Rica 1-0. They also got a bonus show of a Canada streaker getting hit sticked into the advertisement board.

Canada Streaker Gets Tackled Into Board

I can’t imagine the amount of alcohol it takes for an individual to strip and run out into the 30-degree temperatures and interrupt a World Cup qualifier. Thanks to the huge crowd at Commonwealth Stadium, we get to see a bunch of angles of the streaker getting hit into the advertisement board.

Someone get this steward a @WWE contract. This is a spear @EdgeRatedR would be proud of

Tag a mate who has to watch this

Other than the streaker, the fans in Edmonton were incredible. The USMNT stuck with the smaller TQL Stadium to host Mexico on Friday. Meanwhile Canada had twice the attendance number for a game vs. Costa Rica.

Is Canada a bigger soccer country than the U.S. or were the people of Canada just excited for the special occasion? Either way the turnout of Canadians will be even bigger for Mexico on Tuesday. That game will also be played in Edmonton.

Attendance at tonight's match between Canada and Costa Rica has been announced: 48,806 people at Edmonton's Commonwealth Stadium #yeg #WCQ #CANMNT

Can’t wait to see you all again on Tuesday!https://t.co/YDA1DKwDLK#CANMNT #WCQ #ForCanada pic.twitter.com/uYuGqnSX7N