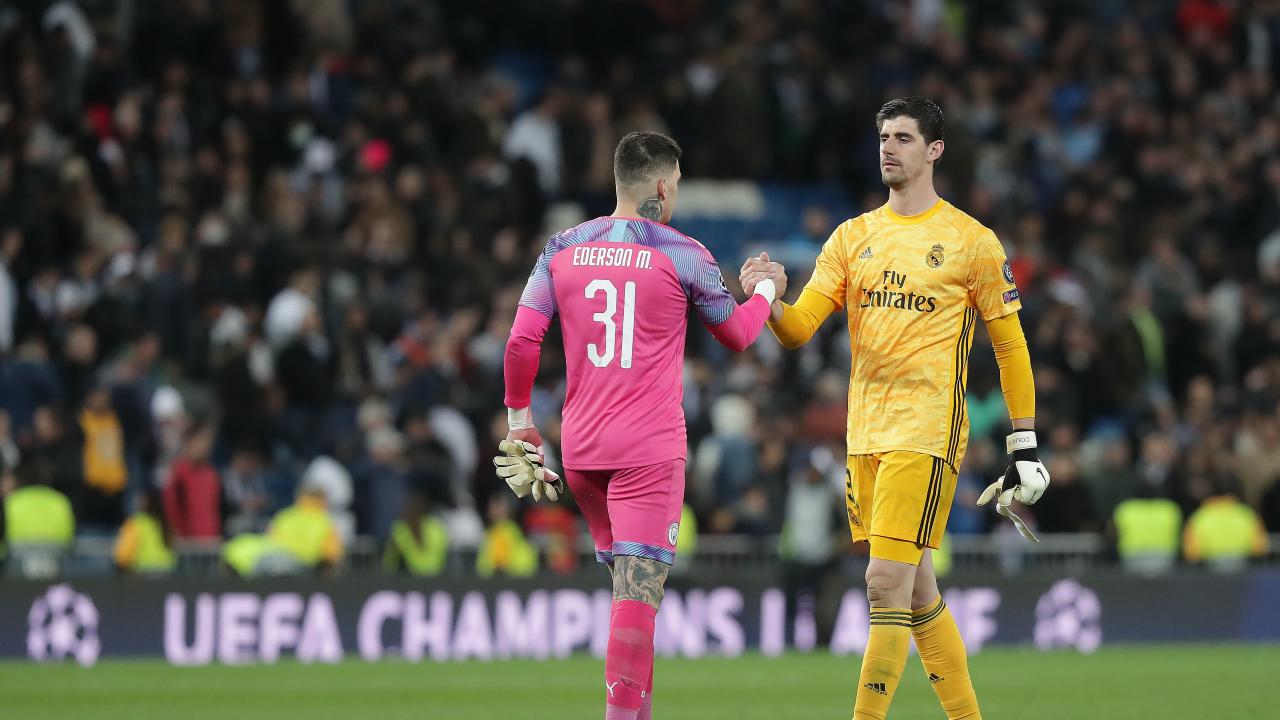 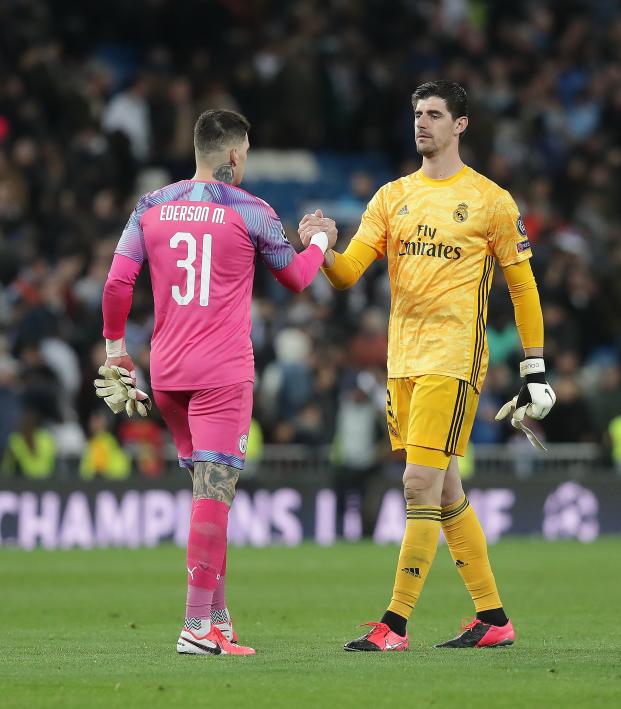 Goalkeeper is a frequently criticized but rarely praised position. Everyone wants to see acrobatic, top-corner dives and flashy one-on-one saves, when in truth those moments are just a fraction of what actually defines a goalkeeper. The modern goalkeeper must be able to play with their feet, organize their backline and play sweeper, while also executing their traditional shot-stopping duties.

Therefore, it is crucial to utilize all of these categories when ranking goalkeepers in order to paint a complete picture of a goalkeeper's abilities.

It was an arduous and complex process, but I present you with the 10 best goalies in soccer in the men's game.

Inter's second-longest serving player, the Slovenian has recorded a shutout in more than 35 percent of his matches since joining the club in 2012. The 36-year-old has seen a slight decline in form this year, but his highly dependable performances over the last eight seasons justify recognition.

OK, OK, just stick with me for a second. Over the last two seasons, Benitez has prevented 21.7 more goals than expected, more than any other goalkeeper in a top-five European League. At age 21, Benitez recorded 10 clean sheets in 20 starts in 2015 for Quilmes of the Argentinian Primera Division. In 2018-19, Nice finished seventh in Ligue 1 despite having a goal difference of -5, as Benitez started 35 matches and conceded just 29 goals while recording 16 shutouts. This season, he has prevented 8.3 more goals than expected.

Sure, players can have fantastic games or weeks or even an inexplicably great season. But two world-class seasons in a row? That doesn't happen by accident. Walter Benitez IS a top-10 keeper.

The Polish international never received the plaudits he deserved during his decade with Arsenal, but a third title in three years as Buffon's successor at Juventus will silence the critics.

Sommer was purchased from Swiss powerhouse Basel in 2014 as a replacement for Marc-André ter Stegen, and after an inconsistent first few seasons at Monchengladbach, the Swiss keeper has established himself as possibly the best keeper in Germany. Over the past two years Sommer has saved 15.3 goals more than expected, nearly four goals better than the next closest Bundesliga keeper (Leipzig's Peter Gulasci).

Another Monchengladbach product, Ter Stegen's shot-stopping performance has declined over the last two seasons after an elite 2017-18 campaign. The German still ranks highly though due to his first-class distribution, but another sub-par season would season him slip further down this list.

Haven’t tweeted one of these in a while!#TerStegen’s career shot stopping performance.

He’s been an above avg shot stopper most of his career.

Not having a great season currently though!#FCBarcelona #FCB #GK pic.twitter.com/lrc3Jq3V9t

Arsenal is mired in midtable, an encouraging position considering only Norwich City has allowed more shots on target this season than the Gunners. A major reason for this accomplishment is the heroics of goalkeeper Bernd Leno. After saving 7.7 more goals than expected last year, Leno proved his debut season was no fluke, preventing 7.3 more goals than expected before a knee injury ended his 2020 campaign. He'll be back with a vengeance next year.

Last year, Ederson likely would have been fighting for the top spot, but his fourth-place ranking is reflective more of the improving quality of other goalkeepers than it is of his performance. Few keepers come off their line or distribute as well as Ederson, but his shot-stopping (1.5 more goals prevented than expected this season) is simply good, not elite, which has allowed other keepers to pass him.

A core member of Atletico's stingy defense, Oblak would undoubtedly be ranked No. 2 if not for a very average current campaign (just 0.1 more goals prevented than expected). The second Slovenian on this list, Oblak prevented 22.4 goals more than expected between 2017-18 and 2018-19, an almost untouchable mark. Since leading Benfica to a league title with 11 shutouts in just 15 starts at age 20, Oblak has established himself as an elite shot-stopper in both LaLiga and the Champions League.

Jan Oblak has never suffered an aggregate defeat to a German side since joining Atlético #UCLdraw | @atletienglish  pic.twitter.com/vmvi0cu59i

Few people would name Lloris as the second-best goalkeeper in the Premier League, but the Frenchman has saved an astounding 20.1 more goals than expected over the last two season (no other Premier League keeper reached more than 15). Similar to Oblak, Lloris could improve his distribution and decision-making, but he may be the best pure shot-stopper in the world.

The clear-cut No. 1, Alisson has led Liverpool to a Champions League and Premier League title since his signing in 2018. The Brazilian consistently excels in all facets of the game and rarely makes mistakes, even when under pressure. Alisson is the gold standard of modern goalkeeping.

#Liverpool have a top top GK. #Alisson has outperformed the average top flight GK for his whole career to date!#Alisson consistently saves 5 to 15 more goals per 100 shots than the average GK would be expected to given the shots distance from goal, velocity, & placement etc. pic.twitter.com/LMJIClBYqX