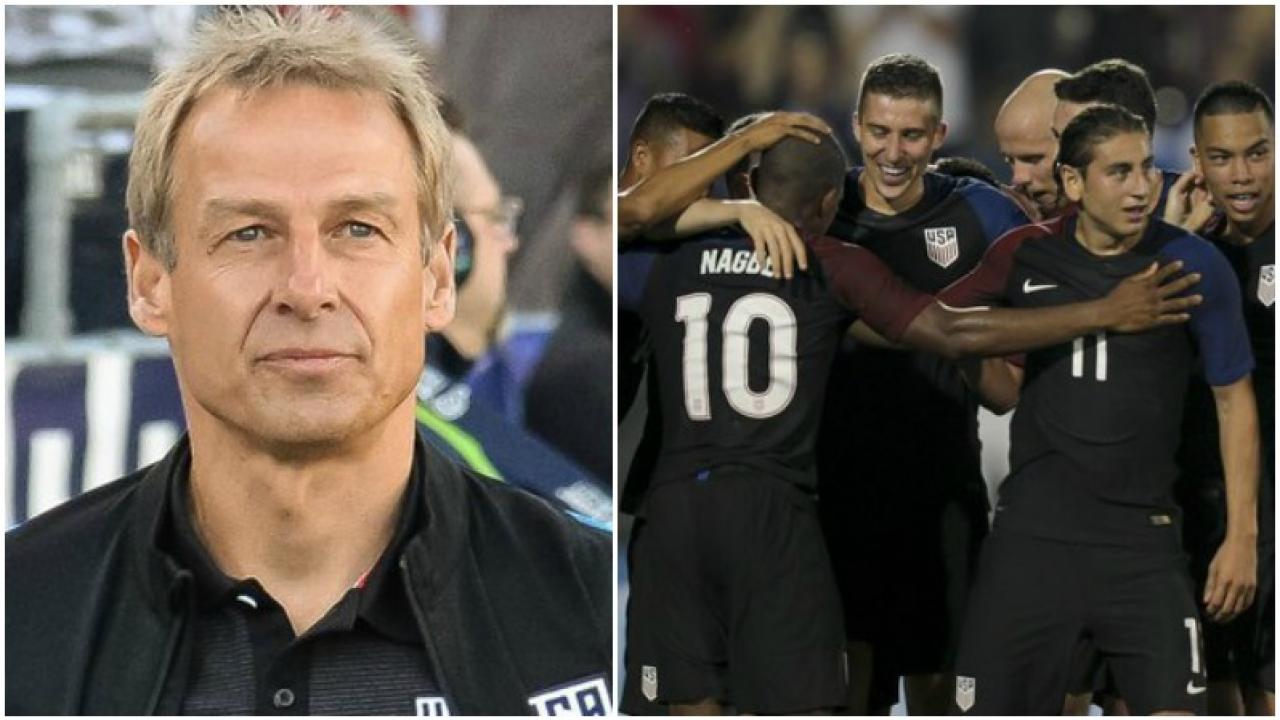 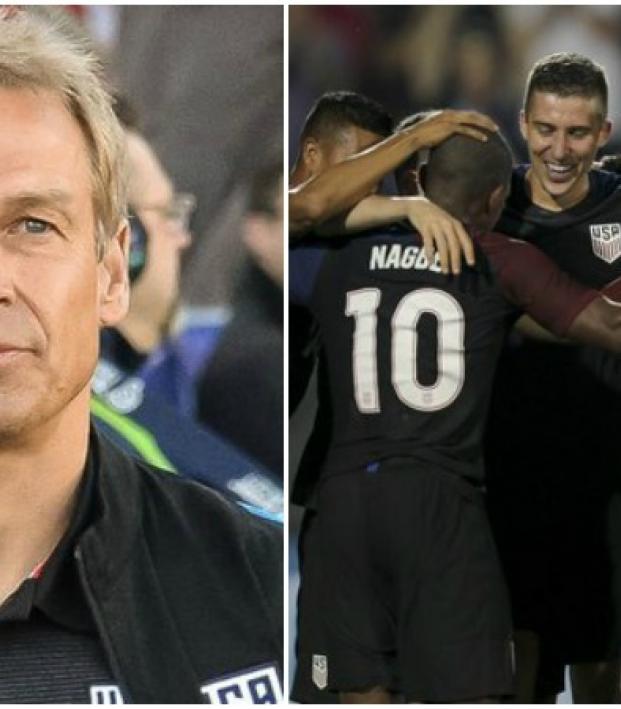 Connor Fleming May 27, 2016
Jurgen Klinsmann is largely judged on the results of the United States national team. He also doubles as the US technical director, a role with results that are more difficult to quantify.

Jurgen Klinsmann’s record and accomplishments with the United States national team are well known. After winning the CONCACAF Gold Cup in 2013, his fortunes have gradually taken a turn for the worse. The 2016 Copa America represents a massive chance for Klinsmann and the US squad to make the country proud again, but of the highest importance is the continued buildup to the 2018 World Cup in Russia.

Should Klinsmann remain in charge of the US up until that point in time, he’ll have overseen nearly seven years of soccer development in the US. His role as the head coach of the senior squad is easily reviewable, but it’s his role as technical director that will have massively influenced soccer in this country for years to come.

As outlined by Klinsmann himself, here are three objectives he has set out to accomplish in US youth soccer along with the action plans he’s implemented.

#1: Develop the playing style of US soccer 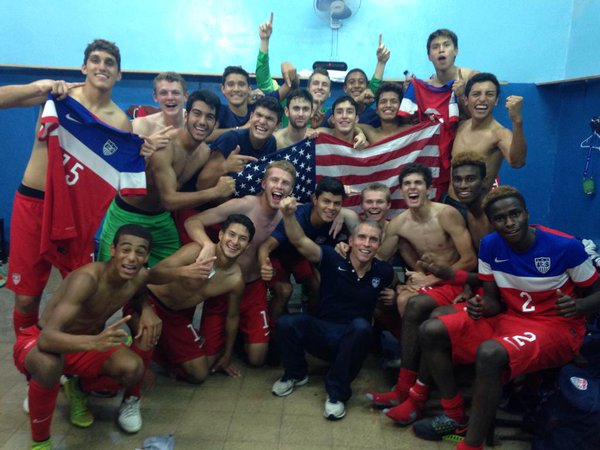 “Space is getting smaller and smaller because players and teams know exactly how to squeeze it, how to pressure the ball higher up the field to interrupt your rhythm from the early beginning on . . . the tempo is getting faster and faster.”  -Klinsmann

Jurgen Klinsmann has always harped on developing an American style of play which will become self-evident, representing the proactive approach of the country as a whole. However, the personal that Klinsmann works with are certainly nowhere near the level of the players he managed with Germany or Bayern Munich.

Key to developing higher-caliber players has been introducing a more professional development model to the US — one you’d likely see in Europe.

Instead of seeing soccer as something seasonal, Klinsmann has advocated for a year-long schedule. These changes have been introduced at the academy level while college soccer looks certain to follow.

He has also introduced a focus on small-sided games for players aged U-6 to U-12. Playing on smaller fields while focusing on ball skills and soccer intelligence has diminished the focus on results and physical attributes at the early age level.

Identifying trends in the global game is also a key responsibility for Klinsmann and the coaching staff he has assembled.

US Youth Soccer has been promoting a unified usage of the 4-3-3 formation across all youth levels. This is in the hopes of building a possession based game that relies on building from the back rather than long balls up the field.

#2: Filter players into the youth nationals teams and on to the senior squad 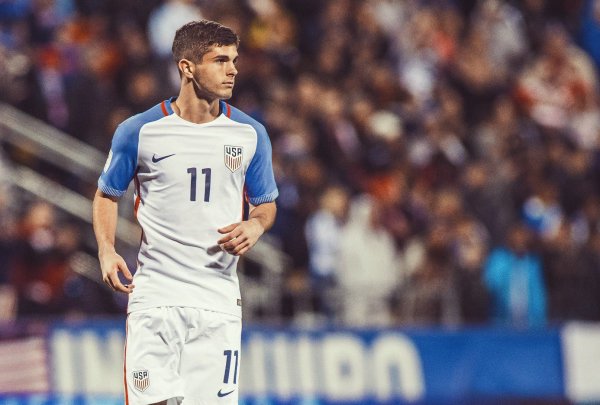 Christian Pulisic is an incredible prospect for the US. Photo: @soccerdotcom | Twitter

“This is what a national team program is about; it’s about guiding U-17, U-18 and U-20 players into the senior team and then also, even if they are part of the senior team, to deliver consistently with their club team.” -Klinsmann

While the United States senior side still relies on a frightening amount of players over the age of 30, Klinsmann has worked on connecting all the youth teams to the senior team, including the establishment of U-16 and U-19 sides to streamline the process.

Tim Howard, Clint Dempsey, Kyle Beckerman and Jermaine Jones are nearing the end of their national team careers, but their potential replacements are steadily staking their claims.

The results of the U-23, U-20 and U-17 teams haven’t been noteworthy under Klinsmann, in fact they've been terrible, but players like Matt Miazga, Jordan Morris, Wil Trapp and Christian Pulisic have steadily risen through the ranks.

Klinsmann has also helped in creating a U-12 age group in the US Soccer Development Academy that will start play in the fall of 2016.

#3: Continue to build and expand US soccer infrastructure 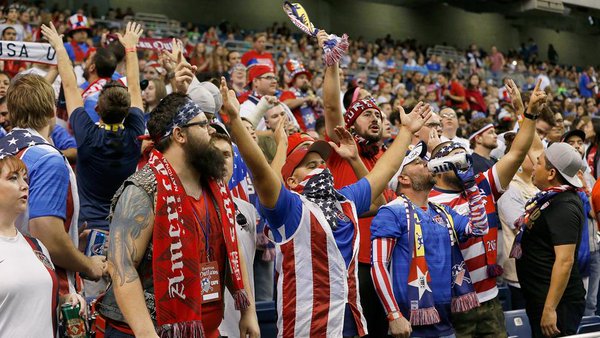 Klinsmann has charged the federation with growing the popularity of the game. Photo: @SInow | Twitter

“We want to find more and more players out there and get them integrated into our youth programs; we want the Academy system to get to another level as well.” -Klinsmann

Some major problems that have always faced US soccer were recently outlined by Will Parchmen in an article for Howler: These problems are chiefly money, space and time. US soccer struggles to find the necessary resources in an immense landscape while everyone not directly involved cries out for the immediate discovery of the American Messi.

With clubs, academies, high schools, colleges and youth national sides all complicating and muddying the process of building a unified approach, it’s easy to imagine the difficulty and hugeness of the task at hand.

Sponsorship deals have increased US Soccer’s development budget by 50 percent, and we’re beginning to see one of the most positive developments in the history of US Soccer because of it: the abolishment of the pay-to-play system.

Development Academies, the youth training facilities which were launched to more closely replicate European youth development, traditionally have required players to pay as much as $2,500 per year.

Now, according to an article by Wendy Thomas for American Soccer Now, the amount of academies that offer “free-tuition” has risen from zero to 34. Evening the playing field and opening up the sport for players who come from a low socioeconomic status is not only the right thing to do, but also a development that will greatly improve the US player pool from an early age.

Klinsmann has also advocated for a bigger network of scouts, a bigger team of analysts and expanded outreach from the Federation itself.

As well as creating a European-based Technical Advisor position, the Office of the National Teams Advisory Services opened in 2015. This program is focused on educating players and their families on understanding the soccer profession. While a player might have an obvious talent for the game, this program helps players to understand what it takes to be a professional on and off the field from an early age.

Regardless of where you stand on Klinsmann the coach, he's made some wide-reaching changes to US soccer that will positively impact the game for years to come.