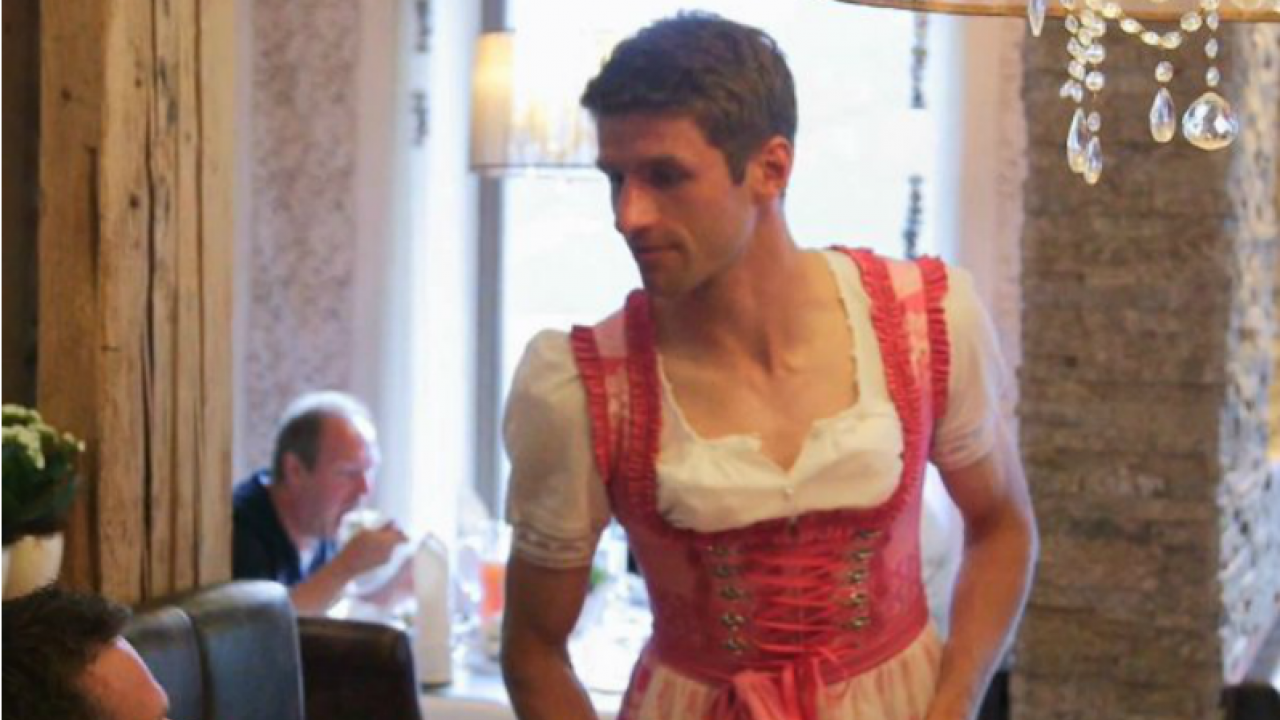 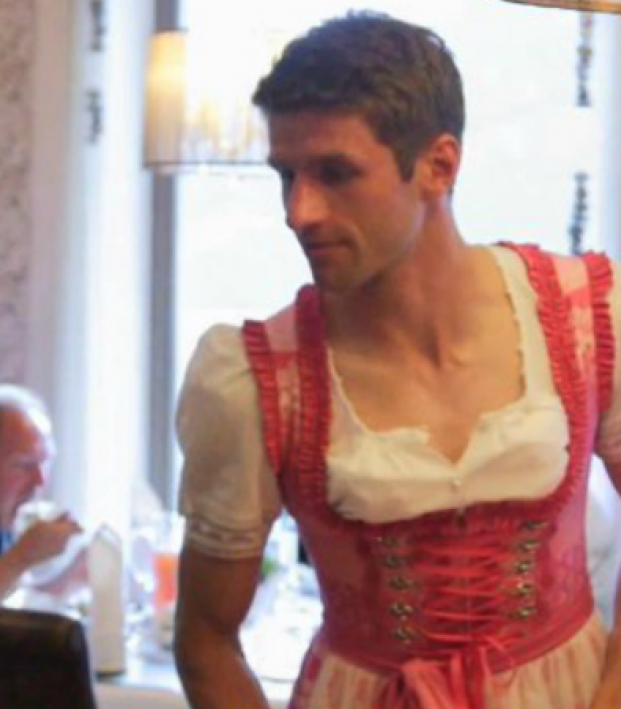 Sam Klomhaus July 7, 2016
Germany attacker Thomas Muller does whatever he wants whenever he wants, and usually that thing is odd.

Thomas Muller is one of the most dangerous attacking players in the world. He's deceptive on the ball, tricky in the box and lethal on goal.

Your crazy uncle isn't crazy, per se, but he's definitely a little . . . touched. He "marches to the beat of his own drummer", or whatever.

He doesn't care what anyone watching thinks of him, he just wants to wear a silly hat and put fake dog poop somewhere.

There's only one Thomas Muller. https://t.co/fyYueJ6Ytp

He's the first one to dress up like a clown (and also he knows how to tie balloon animals) and make all the other adults around kind of roll their eyes but also be kind of impressed with his commitment. He pulls quarters from ears, puts plastic flies in the potato salad and does whatever he can to make nearby small children laugh.