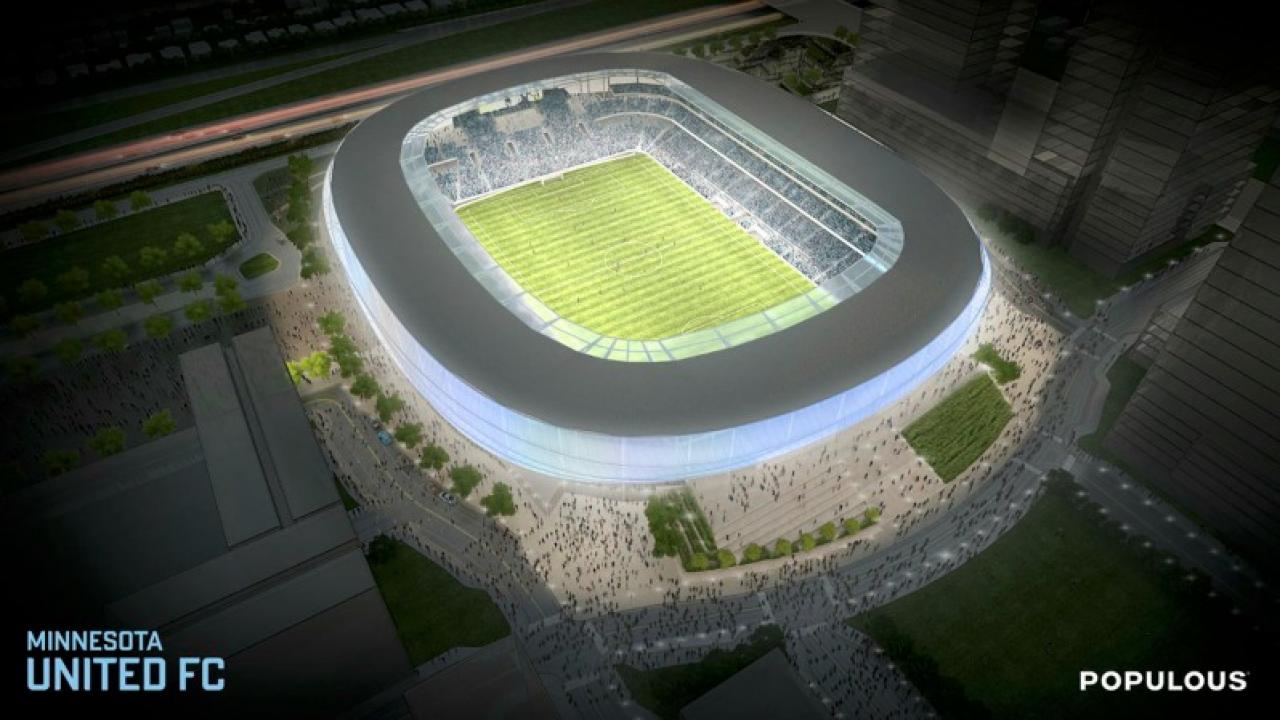 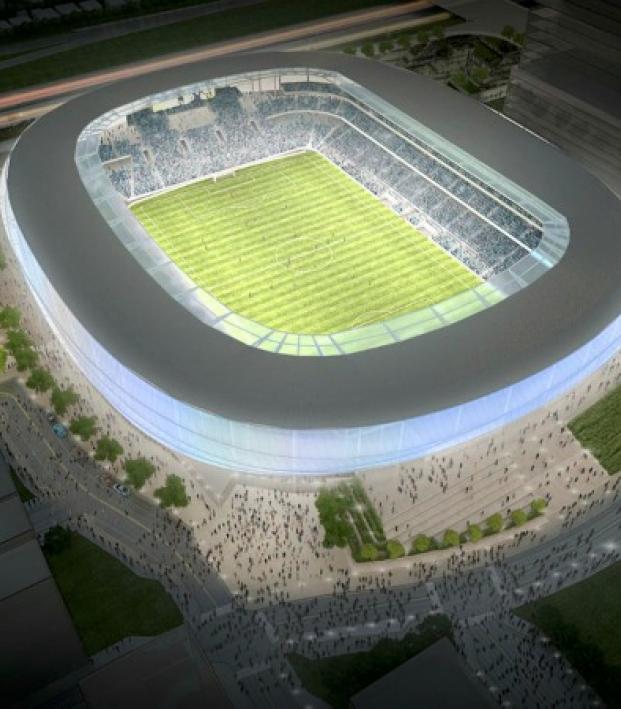 Connor Fleming February 25, 2016
Minnesota United FC, one of the latest expansion franchises in MLS, has unveiled the designs for their new stadium. The results are gorgeous.

On March 25, 2015, Major League Soccer announced that Minnesota United FC would be joining the league as a potential 2017 or 2018 expansion team. On February 24, 2016, the next major step in making that announcement a reality was taken in the form of the unveiling of their new St. Paul-based stadium design.

Mayor Chris Coleman exuberantly stated: “We’re brining the world’s game to the state of Minnesota.” Owner Bill McGuire described the stadium as a “world-class venue [that] will not only offer our fans an iconic professional soccer experience, but also provide our team with the necessary tools to establish themselves as a top-tier professional soccer club.”

Boasting around 23,500 seats (the furthest being only 125 feet away) and an exterior 360-degree canopy of polymer mesh that is designed to keep out the elements while retaining noise and atmosphere, the stadium promises to be a galvanizing hub for soccer fans from across the state.

The new stadium as seen from green space. #Midway pic.twitter.com/ZJK51WamgC

The stadium will also boast ample surrounding green space, access by car, bike, bus and train, LED lighting throughout, field heating and a sustainable design at a cost of $150 million. Boasting the latest in amenities and technology, Minnesota's new ground will join the swelling ranks of world-class stadia in MLS.

The entire 34.5 acre site on which the stadium will be built will also receive redevelopment into “a more vibrant and livable community”. These plans will include retail, office, entertainment and food and beverage developments.

Important to us was safe standing space inside the stadium and fantastic sight-lines in every seat. #Midway pic.twitter.com/M57Dgx2vWC

This option would see the team spend one season in a temporary venue, with Target Field (Minnesota Twins) and TCF Bank Stadium (Minnesota Gophers) serving as potential short-term options.