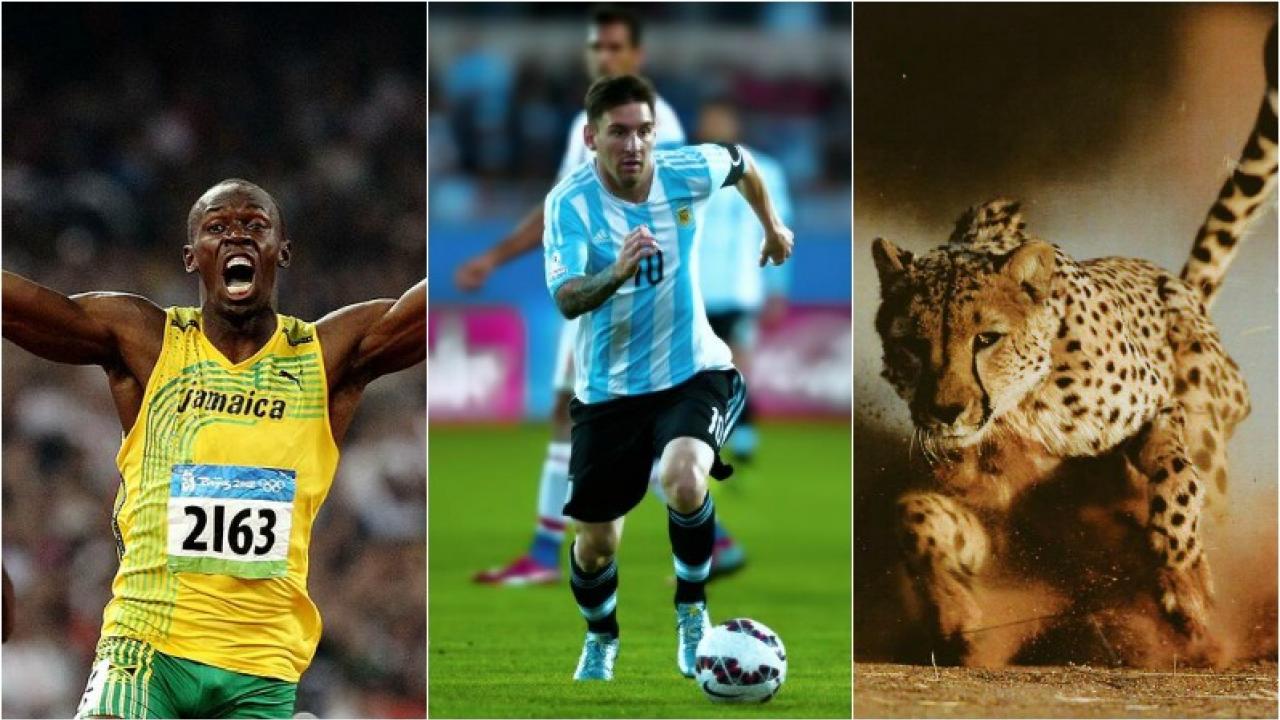 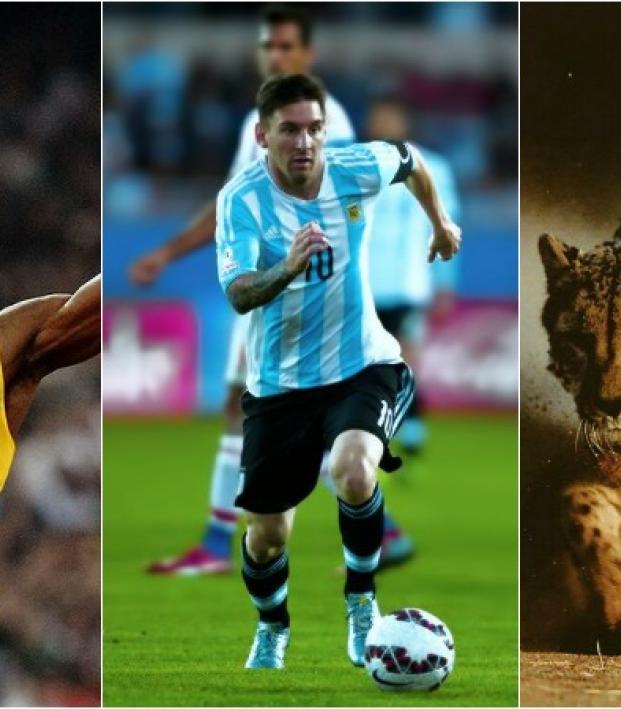 How Fast Is Messi?

Ivan Anich July 1, 2015
The greatest footballer in the world is definitely a speed demon, but just how fast is he?

Lionel Messi’s game is helped out enormously by his speed. You just don’t score goals like this if you can’t turn on the afterburners and leave a defender or two in the dust.

That got The18 thinking about things: how fast is Lionel Messi?

Now, according to the popular video game series FIFA, Messi’s sprint speed is 90.  That doesn’t really help us at all, because no one knows what in the hell just “90” means. Things get more confusing when the text-message answer service ChaCha says that Messi apparently has a top speed of 200 kph. That’s 125 mph for the Americans among us. Clearly, video games and the internet are not exactly reliable sources when it comes to clocking the speed of Lionel Messi.

The more scientific minds at FIFA have recorded Messi at a top speed of 32.5 kph (20.3 mph) during a game. We’re going to take a leap of faith, as dangerous as that may be, and say that corruption has not yet tainted their timekeeper’s ways, so we’ll go with this as our standard for Messi’s fastest speed.

32.5 kph is also nowhere near the fastest man in the world, Usain Bolt. Bolt’s fastest ever speed is recorded as 44.72 kph (27.95 mph), which would put his FIFA sprint speed at 123. But again, video games are ridiculous. The point is that Messi is really, really fast compared to you and I, average compared to the fastest footballers out there, and out of his league when it comes to world-class sprinters.

To put the speed of Messi further into perspective, we enter the animal kingdom. We’ll keep things confined to animals with legs in order to make this remotely fair.

A class below those two are Lions, Blue Wildebeests (a.k.a. the Mufasa killer), and Thomson’s Gazelles, all of whom sprint at 75 kph (50 mph). Those Gazelles are the preferred prey of Cheetahs, by the way, in case if you were wondering what compelled the world to make Cheetah’s so fast. Messi would have a hard time catching any of these creatures, his 32.5 kph sprint speed isn’t even half as fast as theirs.

Just to make Ol’ Lionel feel better, a three-toed sloth has an average traveling speed of 0.24 kph (we’re not going to convert that to mph. It’s slow, you fools). Messi could out pace a sloth when he turns over in bed at night.