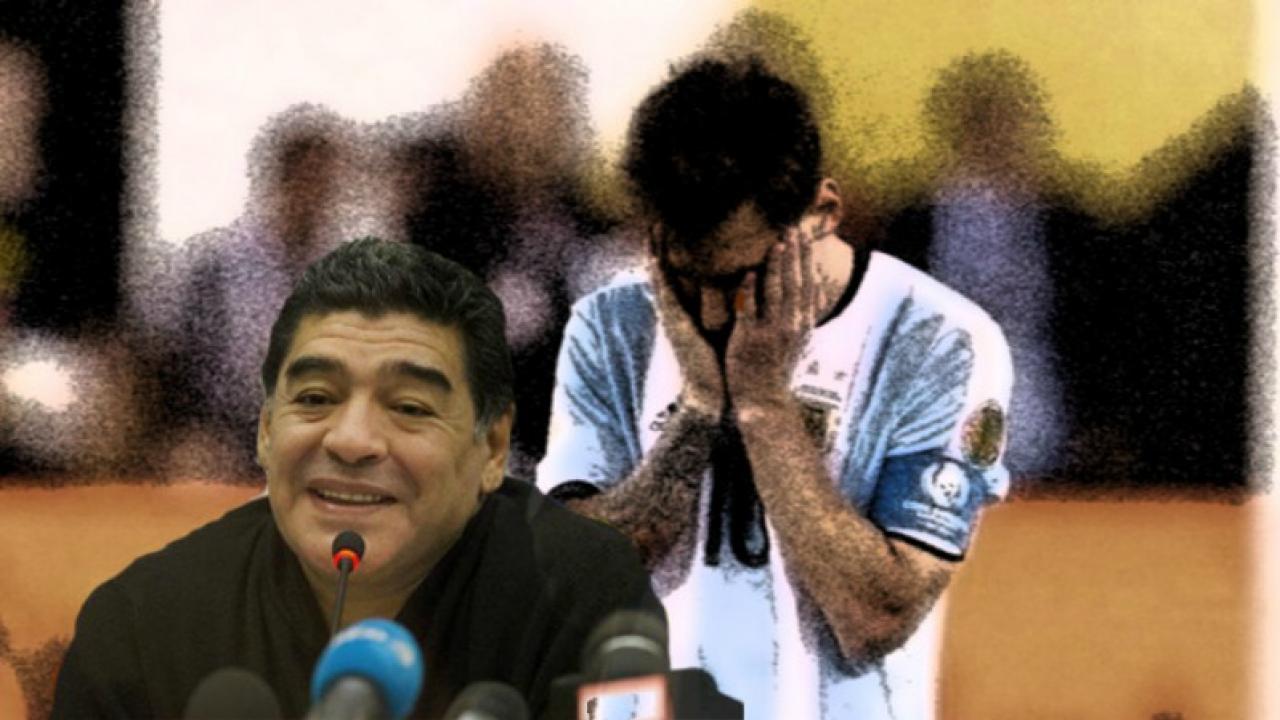 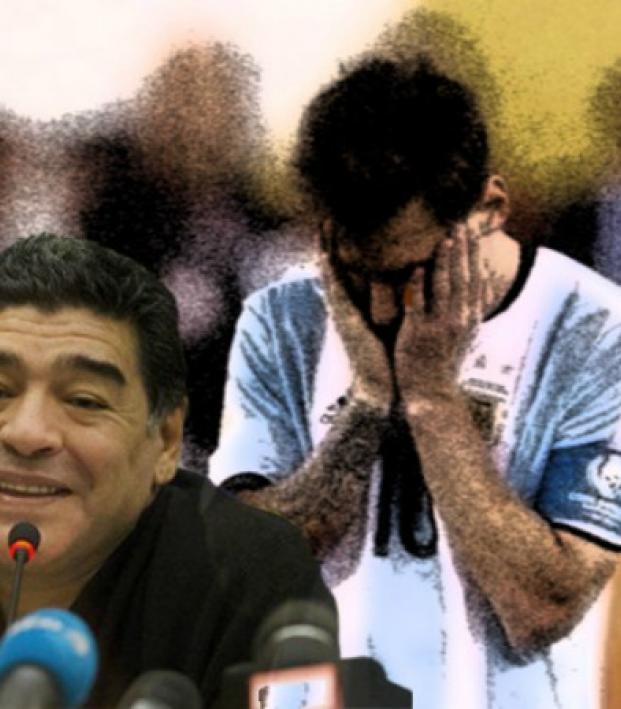 Diego Maradona Is A Gigantic Hypocrite

James Hansen June 28, 2016
Diego Maradona has come out and stated that Lionel Messi should not retire from international football. The problem is, he represents why he left in the first place.

We're going to preface this article by saying this: Diego Maradona was a great player and is one of the legends of the game. Good, now that that's out of the way, Diego Maradona is a huge hypocrite.

As you may have heard, unless you were living under a rock, eating small insects and growing a sweet wizard beard, Lionel Messi recently announced his retirement from international football. But this article is not about that. This article is about what Diego Maradona said in the aftermath of that announcement to Argentinian newspaper La Nacion (H/T The Guardian.)

"Messi must carry on in the national team...because he still has a lot to give, because he'll get to Russia with chances of being world champion," said Maradona. "He has to lean more on the lads who can help him take the team forward and less on those who say he should leave."

That's all well and good. Maradona has every right to say that, and in many ways, it is welcome. To have such a legendary figure try and convince Messi to remain, which we undoubtedly all want, is a good thing. Here's the thing though: Maradona has always been part of the problem. 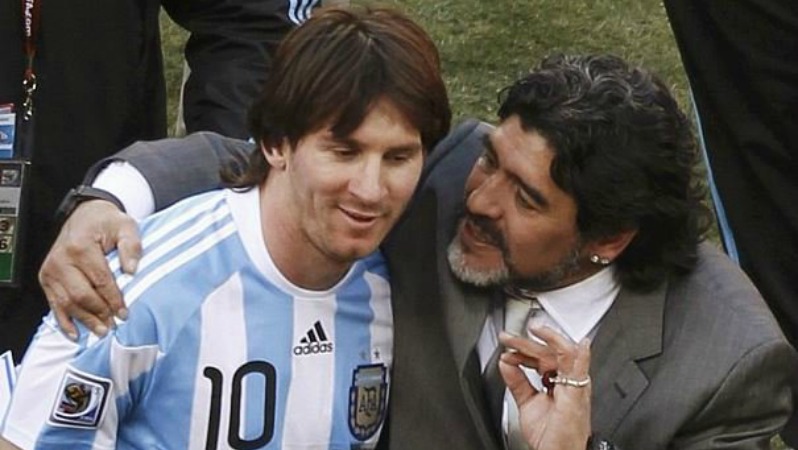 Messi has forever been compared with Maradona. He has faced accusations at home that he is not Argentinian enough, that he doesn't try hard enough or that he will never be as good as Maradona. Every setback and every failure that Messi experiences with Argentina is contrasted to Maradona's success with Argentina.

Quite frankly, it's not fair, and a good amount of Argentinians know that. Most Argentinians love Messi, as has been shown by the huge public outcry pleading with him to stay.

However, as is usually the case, the minority is louder, and Maradona has been extremely culpable in fostering this hostile, pressure-filled atmosphere. Take, for example, his comments just days before the Copa America Centenario final, per ESPNFC:

Yeah. No pressure or anything guys. Then, shortly before that, Maradona criticized Messi's leadership abilities, saying that he "has no personality," and that "he lacks the character to be a leader."

Or how about after the 2014 World Cup, when Maradona said that Messi didn't deserve to win the FIFA Golden Ball and that it was all a marketing ploy? Oh yeah, and then there was the time that he criticized Messi for being good for Barcelona, but not for Argentina, at one point asking "are you Argentinian or Swedish?"

Now, we believe that Maradona is not intentionally trying to break Messi down. His passion to see Argentina succeed was part of why the country loved him as a player, and it is undoubtedly why he is so hard on Messi. Maradona just wants to see the team win, and after his recent comments, he obviously recognizes Messi's importance in achieving that.

With that said though, Maradona has really been part of the problem. Just look at Messi's reaction after his missed penalty kick, and after the match itself. This is a man who finally reached his breaking point. You could see it in the way he blasted his penalty, the way he screamed into his shirt, the way he went from shock to utter despair after the final whistle and his utterly downcast demeanor as he gave his post-match interview. 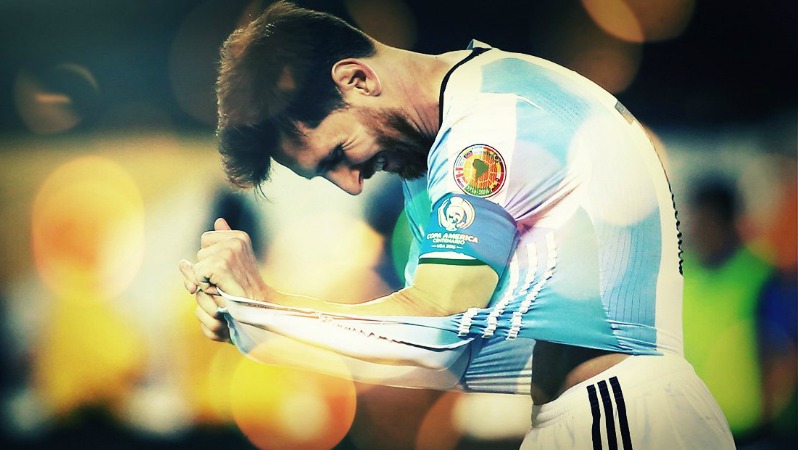 This is a man who has lived his entire career in the shadow of former glory and has had a whole country's hopes and dreams pinned on his shoulders, and his shoulders alone. His interview reflected that. He has tried and he has failed. The stress and the expectation is too much, and honestly, with the amount of criticism he gets, it is not worth it.

Maradona may mean well with his comments, and nobody is doubting that his wish to see Messi remain is pure and true. Make no mistake though, Maradona is representative of all the negativity that has caused Messi to make this decision. You can talk about the Argentinian FA and the corruption and scandals that come with it until the cows come home; it certainly deserves a mention when talking about the disenchantment of a good amount of Argentinian players.

However, the sad exodus of Lionel Messi, as well as many of his teammates, can be boiled down to one thing: it is just not worth the stress. Maradona, and everyone else who has levied an inordinate amount of pressure on the Argentinian squad, need to recognize that.