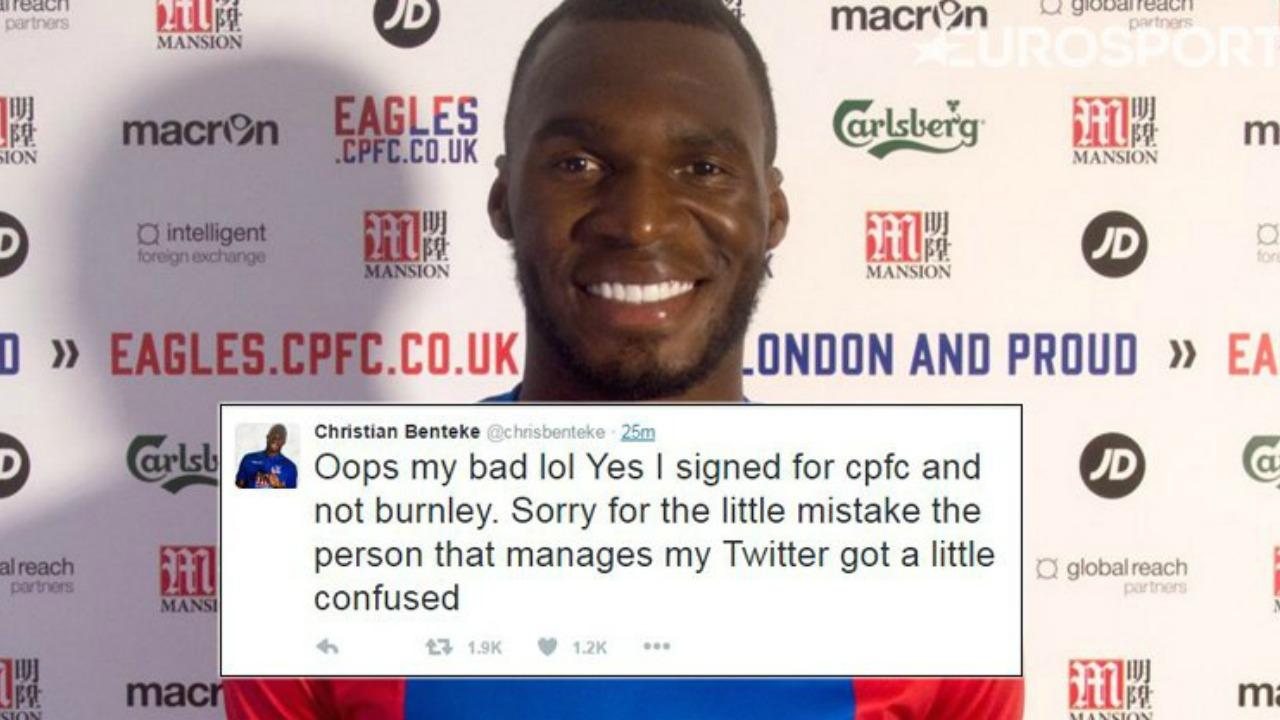 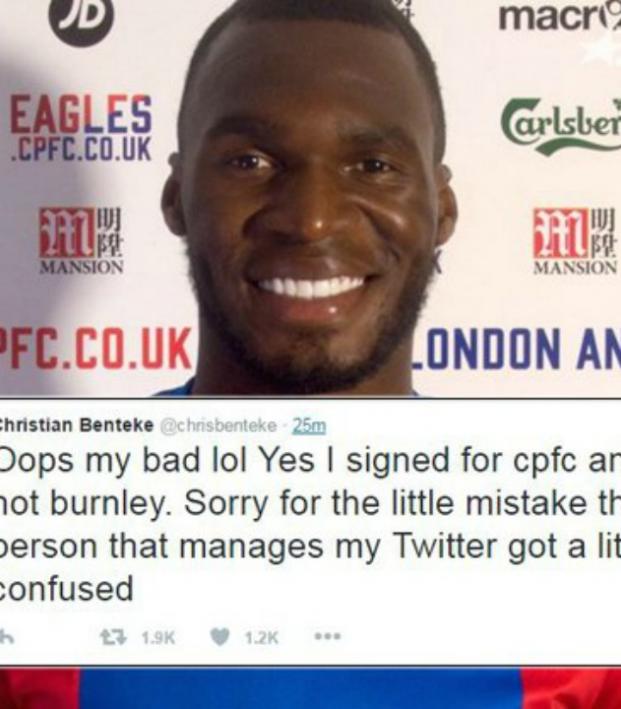 Burnley’s a beautiful little market town in Lancashire, England with a population of around 70,000. The UK Government awarded the town the title “Most Enterprising Area in the UK” back in 2013, so Christian Benteke’s initiative in announcing his move to ‘Burnleyl FC’ via Twitter should come as no surprise. 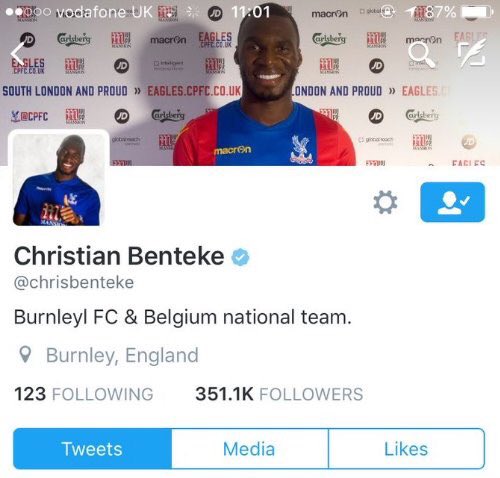 Except Benteke had just been signed by South London-based club Crystal Palace from Liverpool for £27 million.

Having put pen to paper on a four-year contract, it’s a bit disconcerting to see the big man confuse locales which are almost 250 miles apart.

His 350,000 Twitter followers were quick to capture his mistake and, well, proceed to do what only Twitter does: provide us with some world-class banter.

One particularly enterprising user even created a faux ‘Burnleyl FC’ twitter handle — confirming that Benteke had signed but then had his contract terminated.

Benteke subsequently apologized for his PR disaster, making it known that he had indeed signed for CPFC rather than Burnley.

Oops my bad lol Yes I signed for cpfc and not burnley. Sorry for the little mistake the person that manages my Twitter got a little confused

All in all, it’s been a challenging 2016 for Benteke. After signing a long-term contract with Liverpool, Benteke found himself near the bottom of Jurgen Klopp’s forward pecking order.

He was frequently overlooked in favor of Romelu Lukaku in Belgium’s Euro 2016 campaign, and, upon returning to Liverpool, he was informed by Klopp that he had no part in the manager’s plans for the upcoming season.

Crystal Palace were quick to identify Benteke as a potential remedy for their goalscoring troubles — they didn’t have a single player register more than five EPL goals last year.

And so Benteke is off to South London via Burnley; confused, nomadic and desperate for a place to rest his head.

If he’s found sleeping under the Bob Lord Stand of Burnley’s Turf Moor ground, would someone please direct him south along the M1?