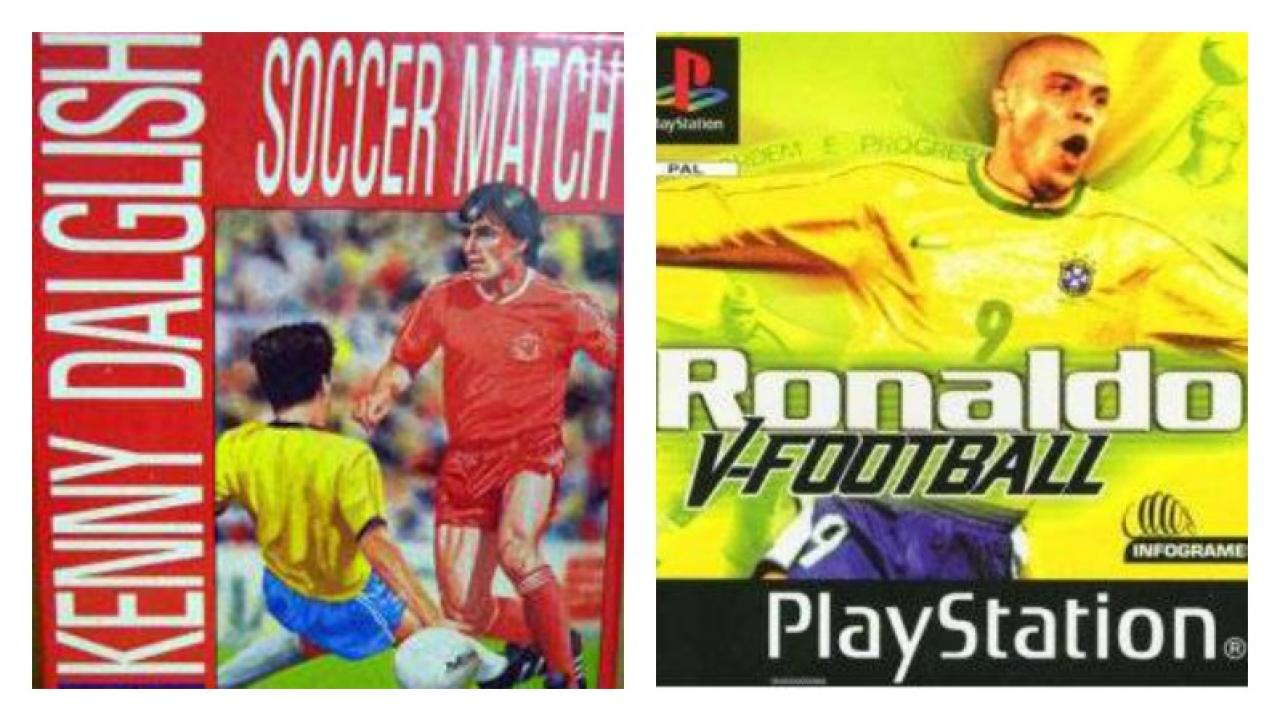 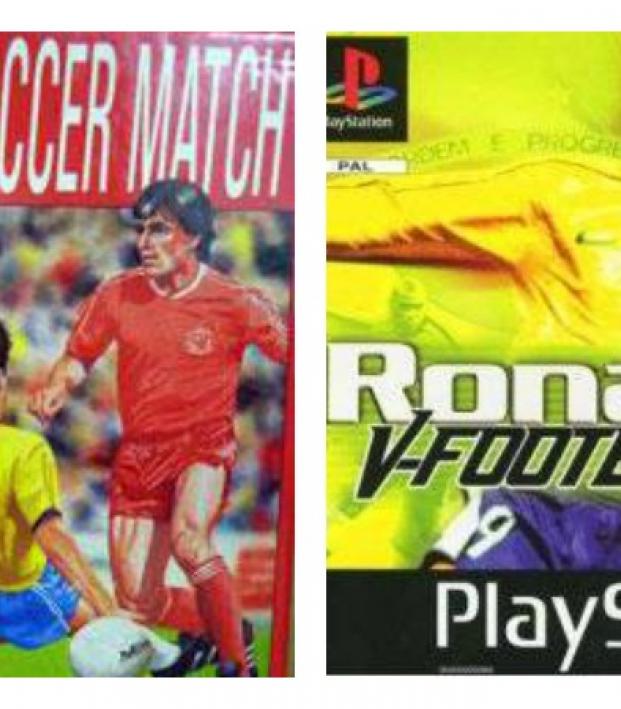 James Hansen July 20, 2016
For some reason, there have been a lot of terrible soccer video games that featured random star players on the covers. Here are the best and the worst.

Alright. Let's make one thing clear. I'm just as excited for FIFA 17 as anyone else. I love soccer video games. Even Pro Evolution Soccer is coming back in a big way, and that stokes up so much nostalgia in me, I don't know what to do. I mean, Pokemon is back, Star Wars got a reboot; the only thing left is to bring back Merlin football stickers and pogs and I might as well be six years old again.

Sure, most of them were crap, but with the spirit of those days in mind, here's a list of some of those video games you might have forgotten about. 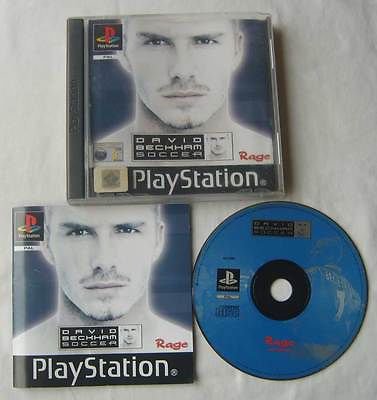 The main selling point of this game was the fact that David Beckham was on the cover. Apart from that it was pretty terrible. IGN gave it a pitiful 2.2 out of 10. 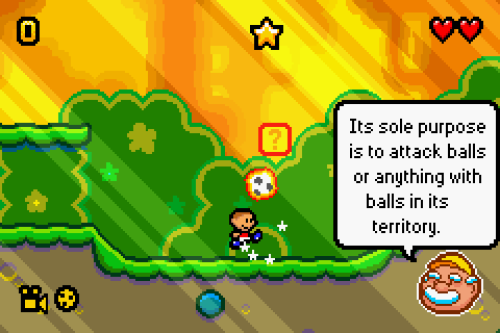 Apart from having the best name of any soccer video game ever, this game was actually pretty entertaining. It was a pretty basic platform game, and its only connection to soccer was the fact that you got to play as a cartoonish David Beckham. 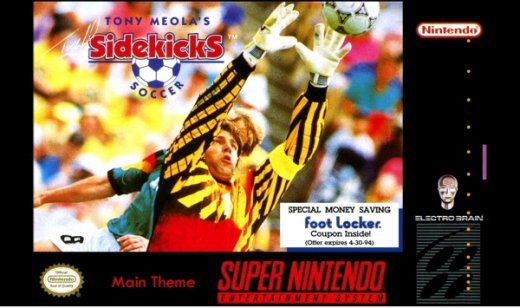 Remember Tony Meola? No? Well, then you probably don't remember this game either. It was known as "Super Copa" in Latin America, while Japan got the much more awesome moniker of "Ramos Rui no World Wide Soccer." It was . . . decent. Actually, the best part of this game is probably the music. God, we love 16-bit music. 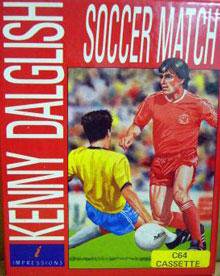 Pretty much the worst football game . . . ever. Enough said. 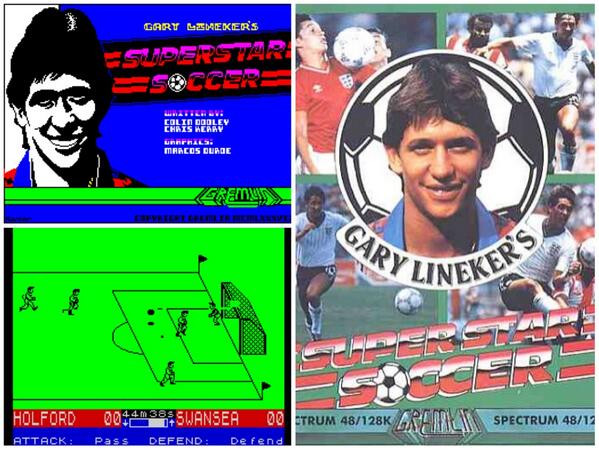 Despite the fact that the players in this game stomp around like little 8-bit Tyrannosaurs, there's a lot to love about this game. Especially the mass amount of overhead kicks. 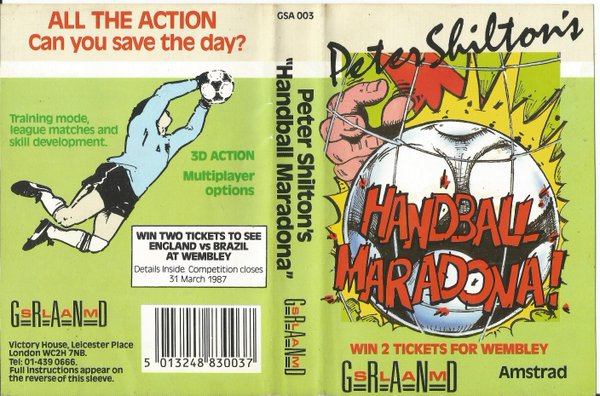 OK. We were wrong. This game has the best name of any soccer video game in history. It was also unique in that you played as goalkeeper Peter Shilton and tryed to save shots. Everytime you let a shot in, the game erupted with a low digital klaxon that sounded as if you were trying to escape the Nostromo. In short, the name was the best part about it. 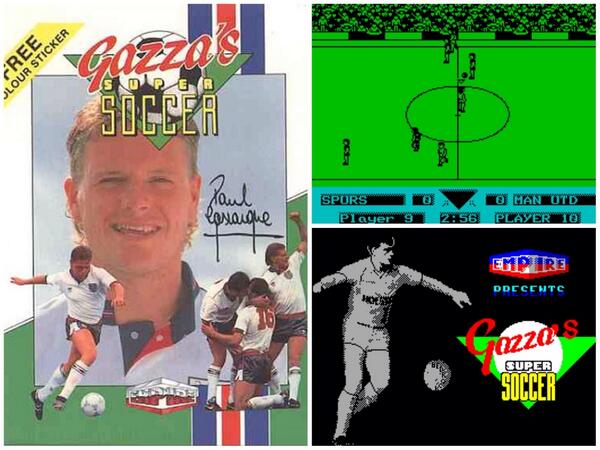 We're not sure why, in the 1980's, people were so obsessed with making crap video games named after famous football stars, but here's another one. The game is kind of like listening to a lone typewriter in a desolate library, punctuated only by the slow unraveling of your sanity as "'ave a shot!" rings out in your head. No thanks. 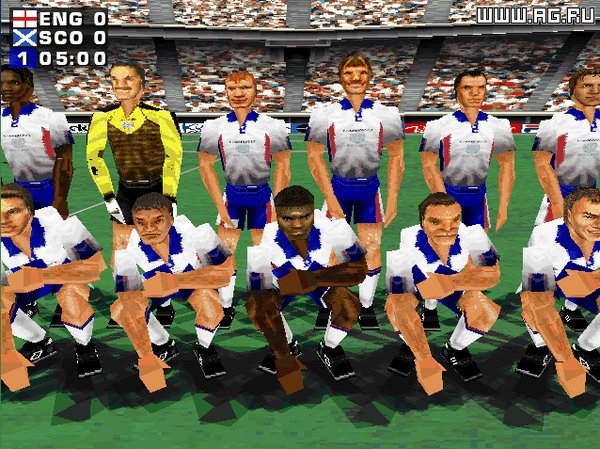 My personal favorite of this collection, simply because of the work this company put into the faces of the players. It's "The Purge" level of creepy. This game isn't endorsed by any single player but it was the official England team game ahead of the World Cup in 1998. It was marketed as Alexi Lalas International Soccer in the States. The intro to the game was probably the best part about it.

See how none of the players scored in the actual gameplay? That's because it was damn near impossible to score in this game. I personally never managed it. 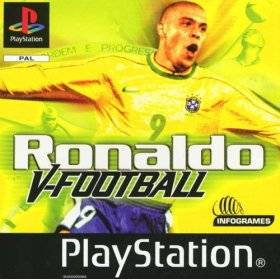 All hail the king. We in the U.S. were unfortunately deprived of this when it was deemed that the interest in soccer was too low. It is a great game though, and it actually plays a lot like the glory days of PES.