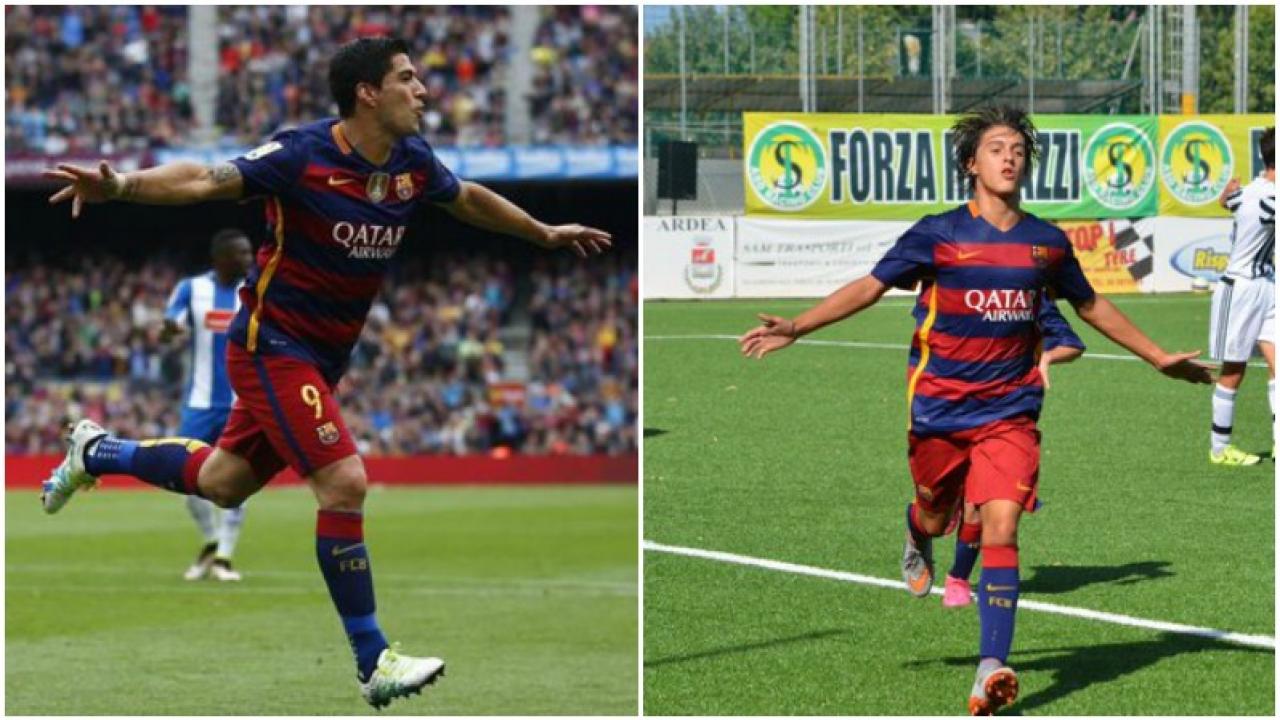 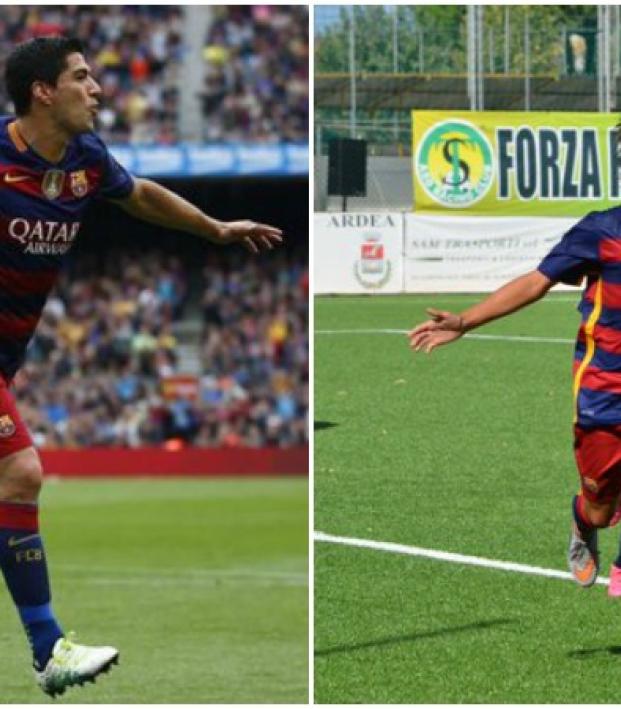 Barcelona's Replacement For Luis Suarez Will Be One Of Their Own

Connor Fleming May 13, 2016
Luis Suarez is at his brilliant best for Barcelona, but finding his eventual replacement couldn't be any easier — they won't need to look any further than La Masia's Pablo Moreno.

Luis Suarez is in the midst of his greatest season as a professional. He’s scored 56 goals in 51 appearances for Barcelona and could end up with the Pichichi, awarded to the top goalscorer of each La Liga season. At only 29 years of age, the Barca striker should be at the top of his game for some time yet.

When the time does come to transition at that position, supporters of the Blaugrana may not need to wait long to witness such dominance from their number nine again. A few years down the line, the timing will be perfect for Suarez to hand over the reins to the prodigious Pablo Moreno. Moreno is a 14-year-old striker whose currently obliterating the U-15 age group at La Masia.

Barcelona's 14-year-old striker Pablo Moreno has 55 goals in 22 games this season. Remind you of anyone? pic.twitter.com/Z9xA4qXFDX

Recent reports have put Moreno at 179 goals in three seasons with Barcelona’s developmental sides, including 55 goals in 22 games this season.

Suarez may capture the Pichichi at the senior level, but Moreno has collected the award in Barcelona’s academy every year since he’s been there.

He’s also been leading the Infantil A side to something Barca’s exceptionally well known for: trophies. He was recently named the MVP of the Mediterranean International Cup, and he put in some utterly dominant performances at the Italian Memorial Cristina Varani tournament.

On Saturday, Moreno scored another fantastic goal for the U-15s, reminding the world of his continued development. His goal can be seen at the 0:52 mark, coming in at number two in the countdown.

Moreno dribbles like Lionel Messi, has the confidence of Neymar and finishes like Suarez. Regardless of whether you love or hate Barcelona, the brilliance of La Masia and the talent it produces is undeniable.