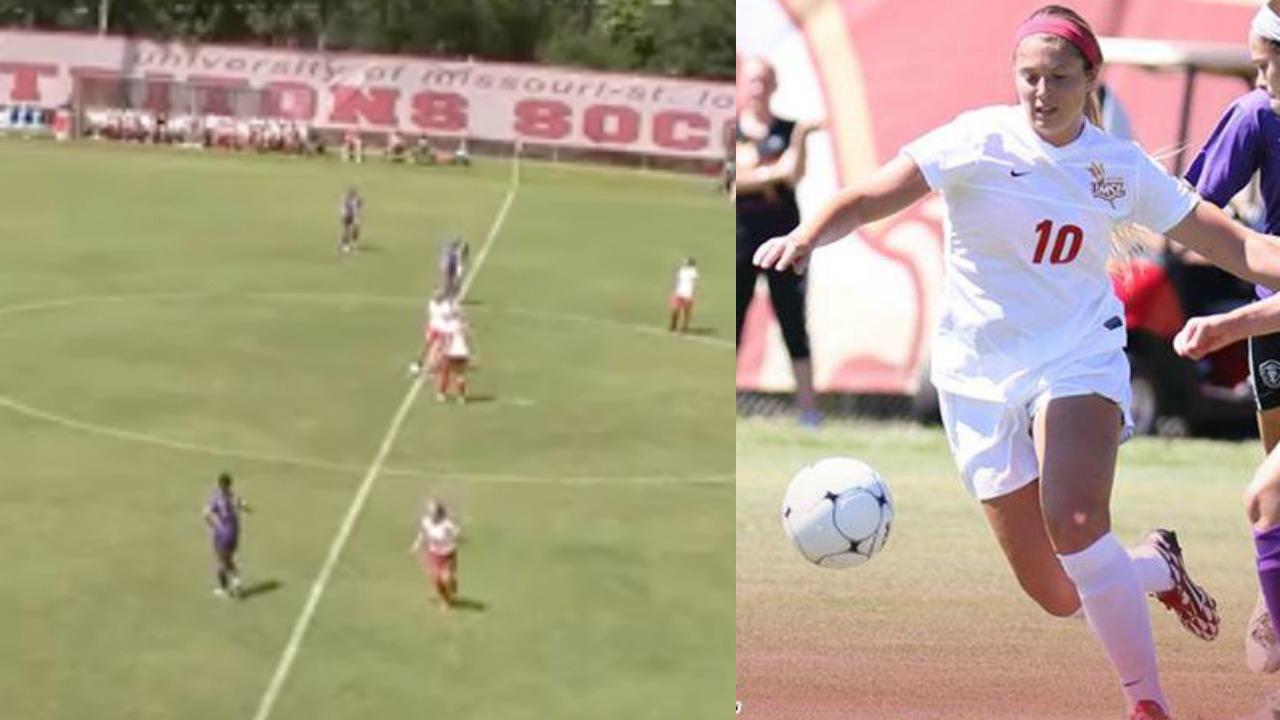 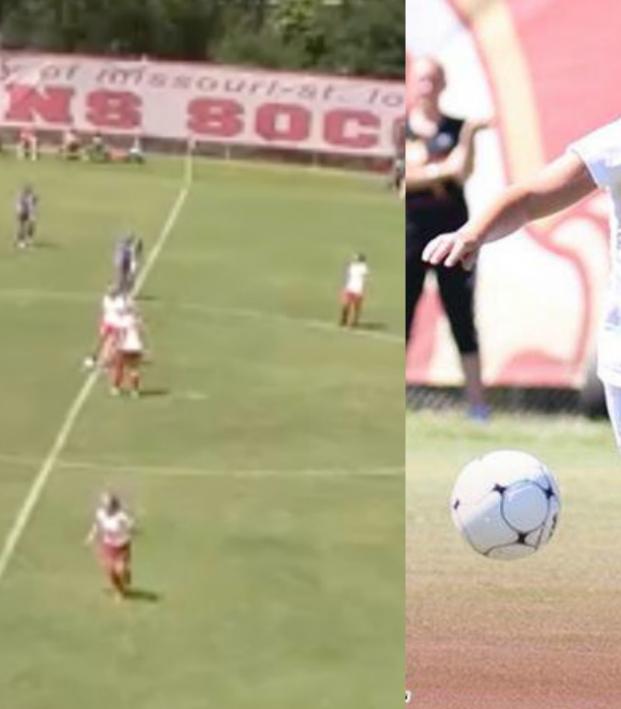 4.49 Seconds After Kick-Off, She Hammered In This Goal From 57 Yards Out

Connor Fleming September 1, 2016
Kayla Delgado scored the fastest goal in University of Missouri-St. Louis history, smashing one in from 57 yards out only 4.49 seconds after kick-off.

For the preseason opponents of the University of Missouri-St. Louis Tritons, this isn’t what you’d refer to as a dream start. 4.49 seconds into the match, they find themselves down 1-0 to UMSL thanks to this wonder goal from Triton midfielder/forward Kayla Delgado.

The opposition goalkeeper stands atop her 18-yard box as the referee blows for kick-off, presumably extremely excited to get under way in the brilliant Missouri sunshine.

In the time it took to write that sentence, Delgado has received the ball from Rose Crabtree, who registered the easiest assist of her life, spotted the keeper well off her line and sweetly connected on a 57-yard lob that nestles into the net.

4.49 seconds is how long it takes to go from kick-off to an early lead for UMSL. The only other things you can do in less than five seconds are probably smile, not pay attention to someone and simple mental math.

Scoring a golazo? Only Kayla Delgado can do that.