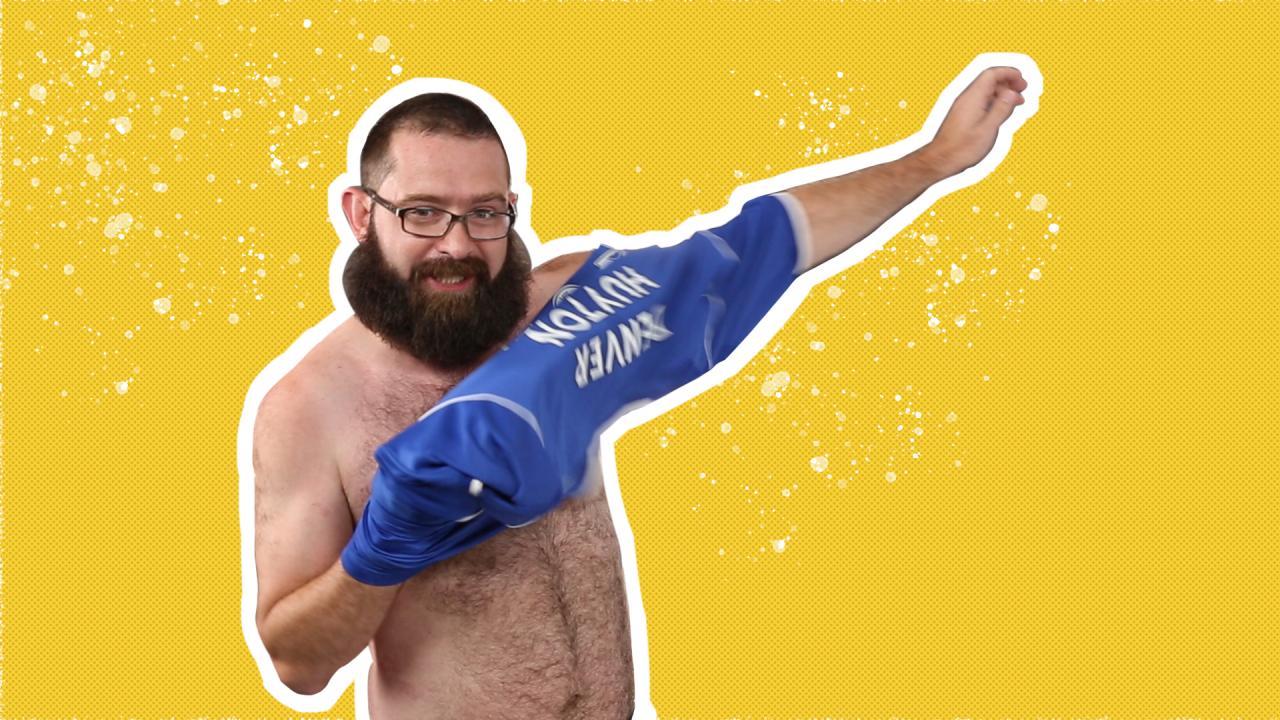 Rival Reviews: An Everton Fan Gets Naked For A Liverpool Jersey

Everton fans hate Liverpool. They’re too flashy, they think they have a monopoly on bad singing and they just win too damn much.

The Merseyside Derby, unlike many of the world’s great soccer rivalries, is different because of the proximity of the two clubs — Anfield and Goodison Park are a literal stone’s throw from each other. This intimacy engenders deep resentment between the two clubs — Everton fans jealous of Liverpool’s money and success and Liverpool fans jealous of actually attracting fans from Liverpool instead of abroad.

But the Merseyside Derby was once known as the Friendly Derby, so we thought we’d bring in John, one of the most massive Toffees supporters around, to say some nice things about the latest Liverpool kit.

Of course, we didn’t tell him he’d be reviewing the Liverpool kit.

In the latest edition of Rival Reviews with World Soccer Shop, John thought he was coming to check out the 2019-20 Everton home kit. He was not pleased when he saw a red shirt.

We told John he could score the new Everton jersey if he could bring himself to compliment the Liverpool uniform.

It nearly broke him.

Watch the video above to find out how far we pushed John and then head over to World Soccer Shop, which has the world’s biggest selection of jerseys. Get a jersey you love — or perhaps a jersey you hate — to show where your passions lie for the 2019-20 season.