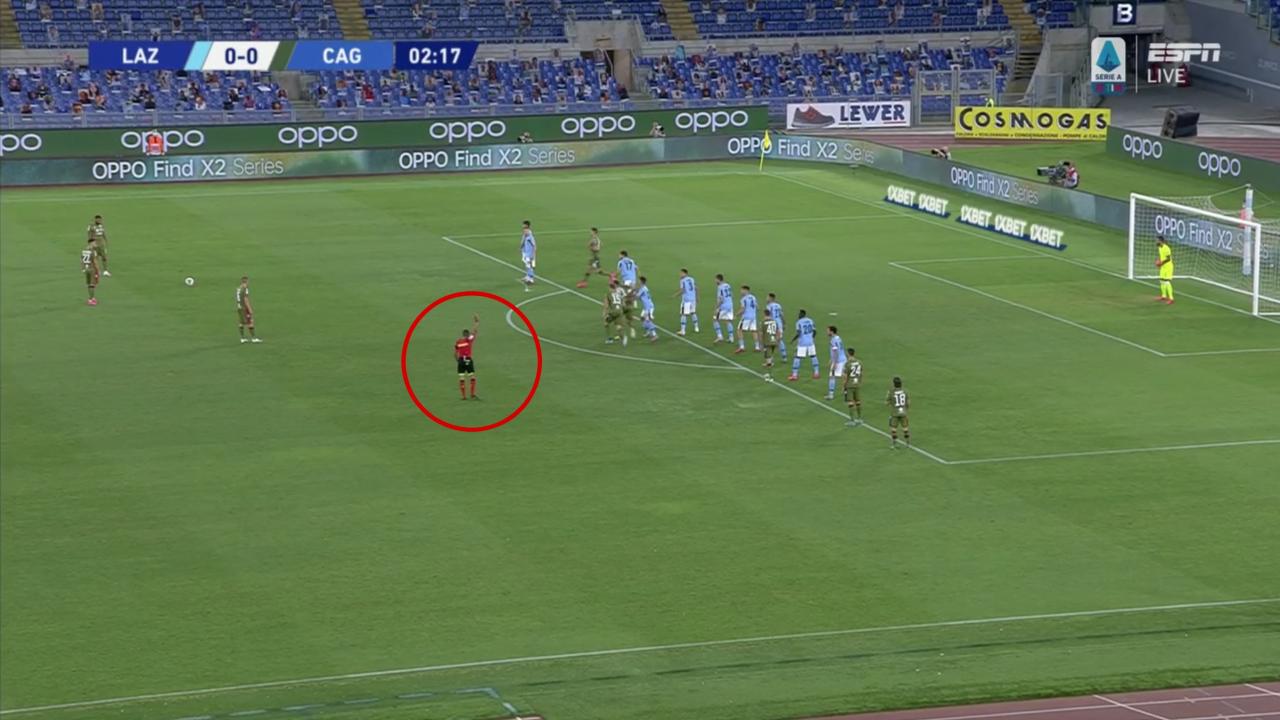 In some ways, you have to feel bad for João Pedro. In others, you can’t help but laugh at the Cagliari striker for not knowing better. After the João Pedro free kick fiasco against Lazio on Thursday, either reaction is appropriate.

Early in Cagliari’s visit to Lazio, the referee blew his whistle for a foul about 30 yards from Lazio’s net. João Pedro stepped up and smashed the free kick straight into the back of the net.

It was a flabbergasting shot, rifled straight into the upper 90.

And it didn’t count.

Prior to the shot, the referee raised his arm, clearly indicating an indirect free kick, not a direct free kick. Thus, the ball couldn’t go straight from the indirect kick into the goal.

To their credit, the announcers on ESPN were all over it, both before and after the attempt. (Yes, ESPN put Lazio-Cagliari on ESPN on Thursday but not the stellar Juventus-Udinese match.) The announcers noted the ref’s arm was raised before the shot and immediately proclaimed the goal would not stand when João Pedro’s effort whizzed into the back of the net.

The reason the referee ruled it was an indirect kick instead of direct was that the foul was on a high kick without contact. It’s a bit of an obscure rule, but the correct call. If you would’ve made that call correctly, you should check out our difficult rules quiz.

It’s just a shame the João Pedro free kick was wasted on an indirect kick. If only Lazio keeper Thomas Strakosha had gotten a fingertip to the ball.