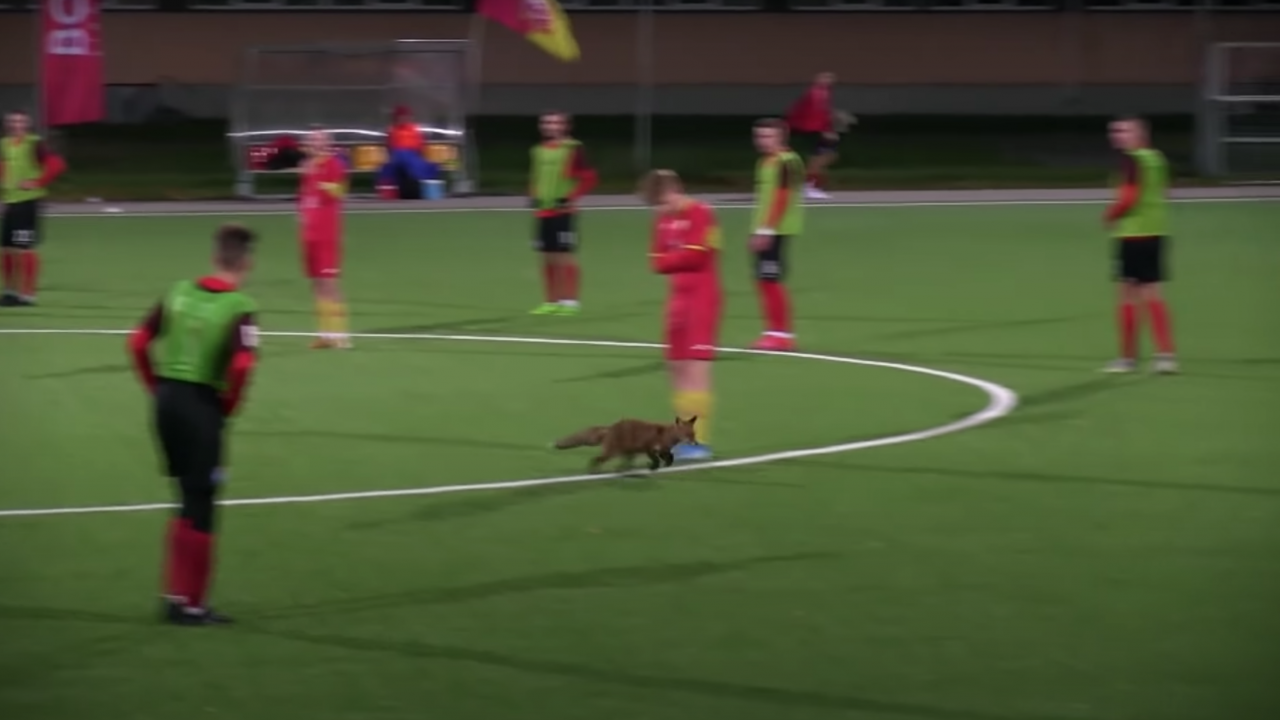 You’ve heard of the fox in the box, a crafty striker who uses whatever means necessary to score a goal. Now here’s a fox on the pitch, a furry mammal who just wants to play some soccer.

An Estonian League 2 U-21 match was interrupted not once, not twice but three times by a fox invading the pitch this week.

The cute fox initially appeared with about 10 minutes left in the game. Players were forced to halt play while the foxy fellow made a darting run though midfield before exiting on the far-right side of the pitch.

The fox reappeared two minutes later, coming back onto the field again from the left side. This time a man with a stick was ready to chase it off to allow a free kick from the edge of the 18 to be taken.

Five minutes later, our foxy friend returned, again from the left side of the pitch, interrupting play soon after the goalkeeper took control of the ball.