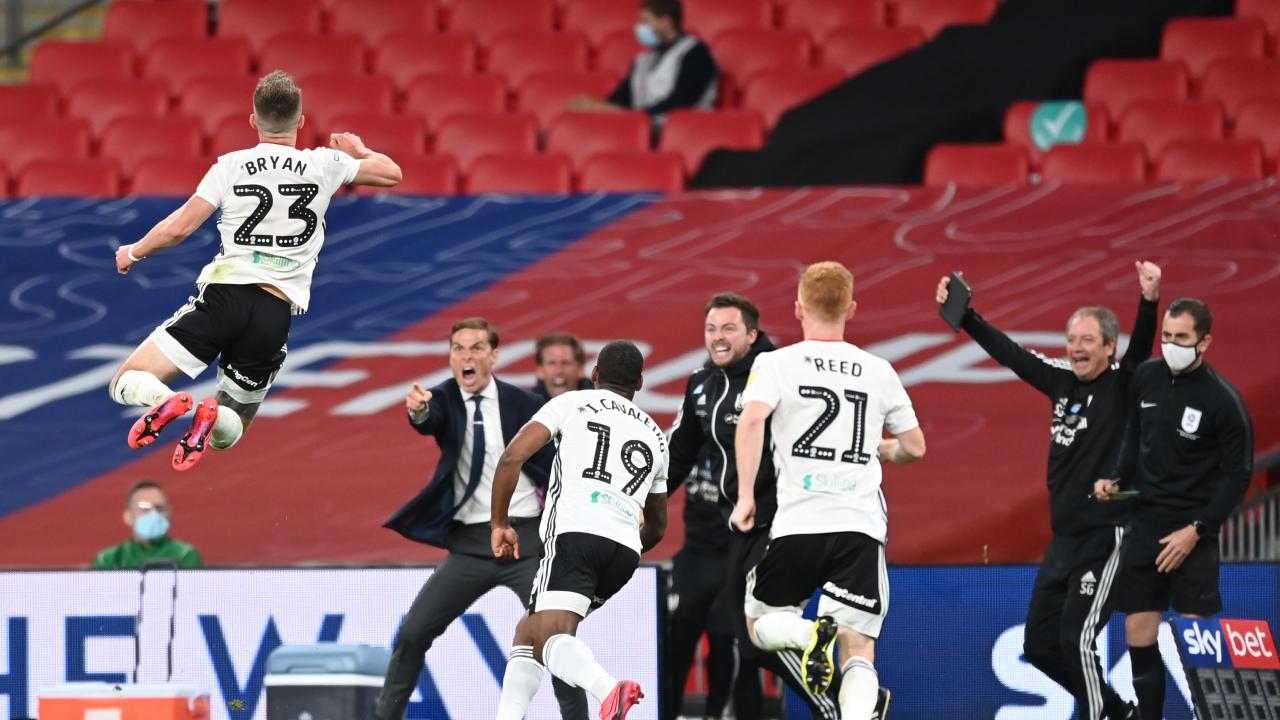 Joe Bryan what have you done?

Fulham will return to the Premier League for the 2020-21 season after beating Brentford 2-1 in extra time in the “world’s richest game” on Tuesday at Wembley Stadium. The EFL Championship playoff final was scoreless through 105 minutes until a stunning free kick from about 40 yards out was scored by Joe Bryan, who added a second in the dying minutes.

The win propels Fulham — alongside Leeds United and West Brom — into next season’s Premier League after finishing fourth in the Championship (trailing third-place Brentford on goal difference +46 to +16). Fulham spent 2001-2014 in the Premier League and was most recently in England’s top flight for the 2018-19 season, immediately returning to the Championship. Thanks to Joe Bryan, the Cottagers will yoyo back to the Prem.

The decisive Fulham free kick goal vs Brentford took 105 minutes to arrive and came from an unlikely source. Bryan, a left back, had two goals for the Cottagers coming into the match, and when he lined up to take a free kick from well outside of the box everyone assumed he’d be sending in a cross. Certainly Brentford keeper David Raya thought as much.

Instead, Bryan zipped in a shot toward the near post, catching Raya — and probably most viewers — by complete surprise. The ball snuck in at the near post for the game’s only goal.

Joe Bryan gives his team the lead with a WILD free kick!

Fulham are just minutes from the Premier League  pic.twitter.com/r1NLPludMU

What a way to send your team to the Premier League. Heartbreaking for Brentford, which has never been promoted to the Prem.

Bryan sold it perfectly. He was staring down his teammates as if he was trying to pick out a run prior to the kick, then only slightly adjusted his run-up. You have to question Raya’s awareness to be beaten at the near post from so far out — even after taking a bounce — but you also have to credit the power on the shot.

After the strike, Fulham — led defensively by American center back Tim Ream — held off a desperate Brentford and then hit with a quickfire attack scored by who else but Joe Bryan.

The insurance goal proved vital as Brentford’s Henrik Dalsgaard scored a scrappy goal in the 124th minute, but it was mere consolation for his side.

Fulhamerica is back in the Premier League.