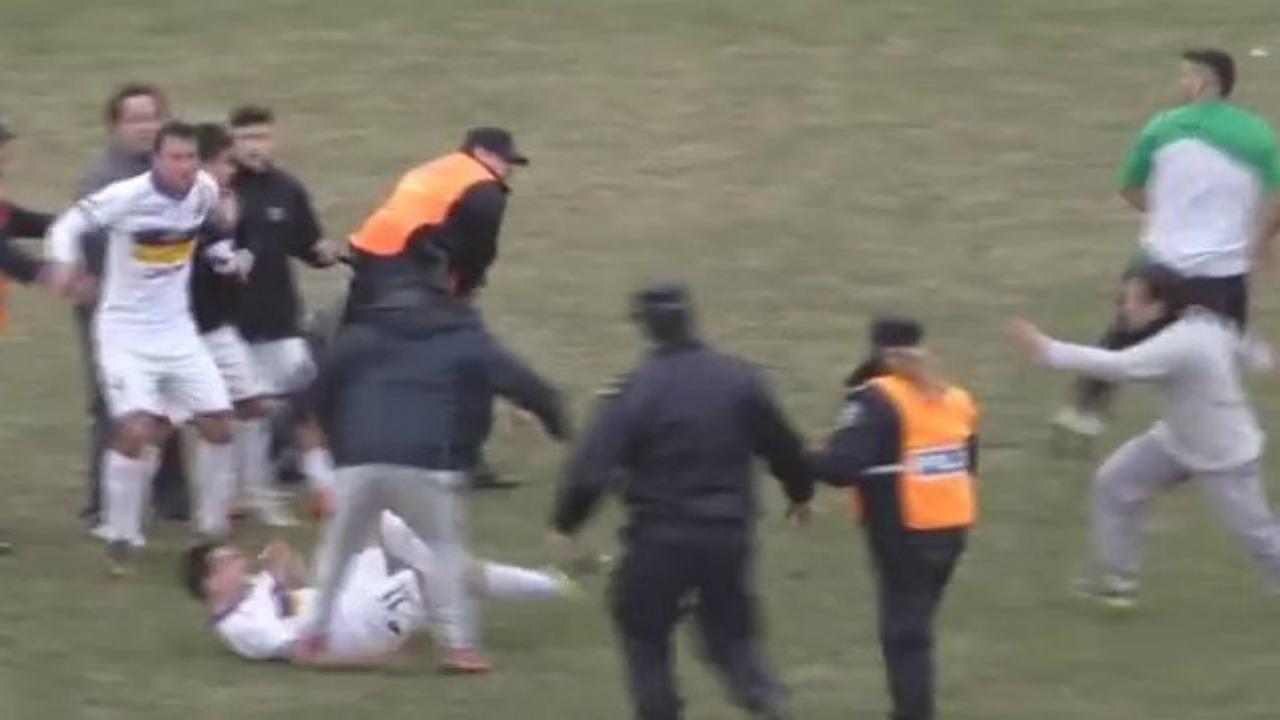 When it rains, it pours. It's definitely pouring on Argentine soccer right now. First, the Copa America Centenario loss. Then, the loss of captain Lionel Messi. Now, a bunch of grown men acting like insufferable fools.

All hell broke loose after Bella Vista won Argentina’s Lega del Sur Apertura final against Tiro Federal. Kicks were aimed at faces, adults sprinted after one another and a couple of riot guards stood around with their shields lazily held at their sides.

The most frightening part of it all might be just how nonplussed the security appears to be. They want absolutely no part in these shenanigans. One official watches as eight squad members surround a single opponent on the ground before delivering an abhorrent kick to his face. The official serenely raises one hand, simply to imply that they should probably cool it.

In all fairness, with both sets of players and fans on the field, it’s incredibly difficult to discern who wants a piece of who.

Everyone in the brawl should be immensely proud of themselves, you’re all winners.