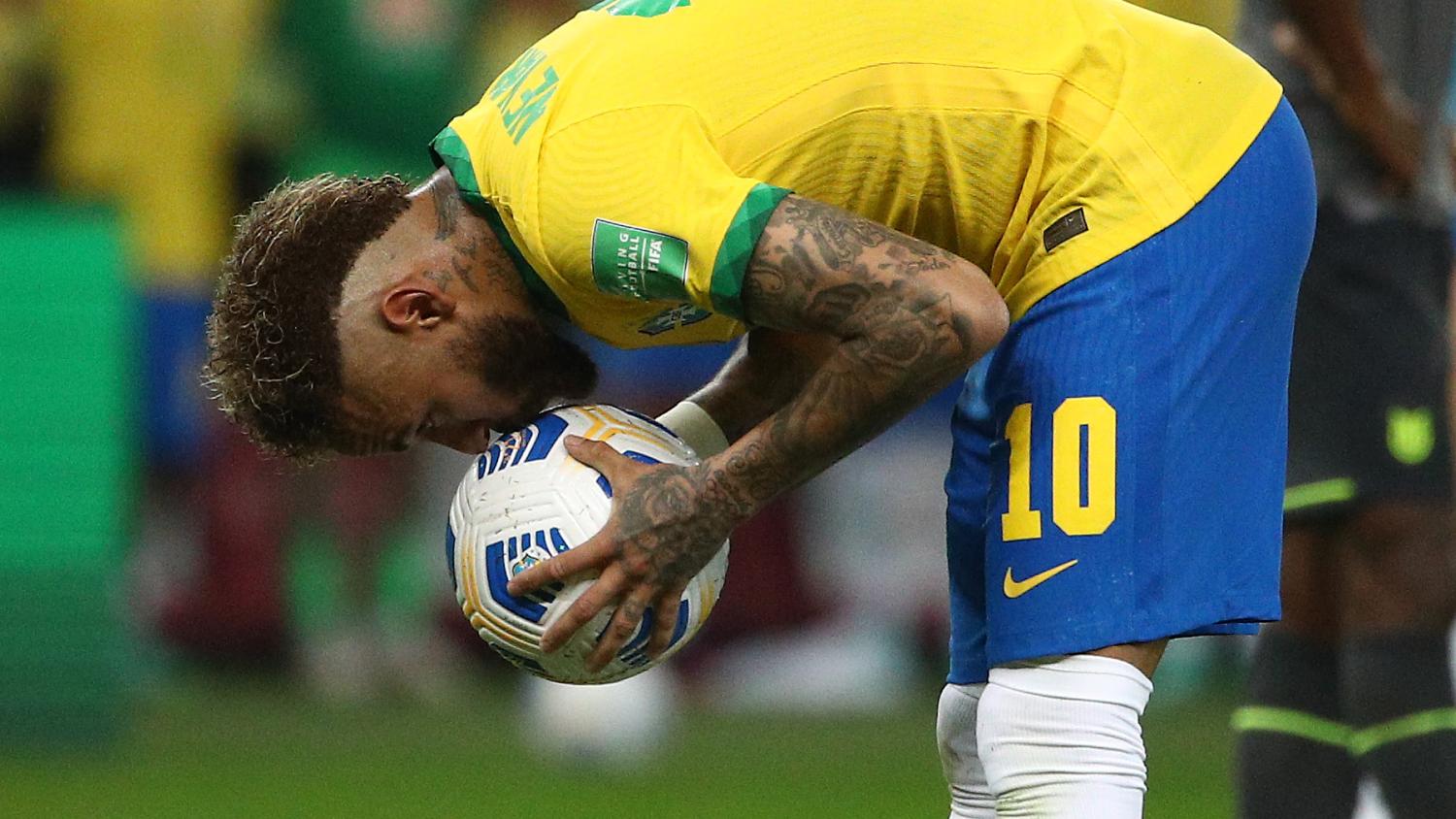 Neymar had a pretty good game in World Cup qualifying on Friday night, leading Brazil to a 2-0 win over Ecuador with a goal and an assist. But watching that Neymar penalty vs Ecuador, I found myself feeling like a crotchety old man, yelling at the TV for a youngster doing something stupid.

Brazil has a perfect 15 points from five matches to top CONMEBOL’s World Cup qualifying table. Neymar is a big reason why, with four goals to go with three assists. He added to both tallies on Friday and now only trails Pelé by eight as the top scorer in Seleção history.

And yet all I can think about was his stupid fucking penalty kick that was saved in the 91st minute before he was allowed to retake it and convert on the second time of asking.

First, here’s Neymar setting up Richarlison for the opening strike. The PSG star won possession in midfield before zipping the ball to the Everton striker, who smashed a shot past Alexander Domínguez’s near post.

The goal finally gave Brazil the lead in the 65th minute of a match where Ecuador rarely threatened. In fact, the visitors didn’t even record a shot on goal all match. But Brazil couldn’t put Ecuador away until stoppage time.

In the 85th minute, Gabriel Jesus was kicked from behind by Ángelo Preciado. After a lengthy VAR review, Neymar was sent to the spot to seal the win.

What ensued was one of the worst penalty kicks you’ll ever see, the Brazilian slowly walking up to the ball before tamely kicking it straight at Domínguez. It was a dumb run-up, but one no one would have cared about had Neymar remembered the first rule of penalties: put the ball in the back of the fucking net.

It was an easy save for the veteran keeper, but because he was anticipating a better shot, Domínguez left his line a fraction too early. VAR intervened and Neymar was given a chance to redeem himself. He opted again to make his slow run-up but was able to actually hit a corner instead of kicking it straight to the keeper.

What's the #Brazilian saying? Second time's a charm?
After the goalie stepped off his line on Neymar's first penalty, @neymarjr
got a second chance and seals the win for @CBF_Futebol pic.twitter.com/viL2913k2x

Penalty kicks are a mind game between shooter and keeper; stuttering run-ups can throw off a goalie if done correctly. Neymar apparently forgot about the latter part on his first attempt and was fortunate to get a second try.

I’m usually the first to defend Neymar. His incredible abilities in my mind outweigh his negative qualities — he might flop but only because he’s constantly being bruised and battered by helpless defenders.

But watching these penalties on Friday night, I couldn’t help but feel angry at his nonchalance. I fear I’m just getting old and cantankerous, but it didn’t help that Neymar felt the need to celebrate with a dance as if he hadn’t just taken one of the worst penalties of all time moments earlier. I totally understand why so many people can’t stand Neymar.

Neymar has just scored a retaken penalty against the 53rd ranked country in the world and has celebrated like this... pic.twitter.com/hFPqvx1IYF

Neymar is a brilliant footballer and in the end he got the win for his team. Ultimately, that’s all that really matters. But soccer is about so much more than the wins and losses — it’s about beauty and creativity. Neymar is one of the best at creating beautiful moments; this was not one of them.