The World Cup TV Schedule Is Here — How To Watch Every 2022 World Cup Match In The U.S.

Travis Yoesting August 11, 2022
Here’s everything you need to know about how to watch World Cup 2022 in the United States, including a full World Cup TV schedule for every USMNT, Mexico and Canada match.

Replace the batteries in your TV remote, set your alarm for way-too-early a.m. and get ready to watch the best month of sports of the year as the 2022 World Cup in Qatar runs from Nov. 20 to Dec. 18. Here’s everything you need to know about how to watch World Cup 2022 in the United States.

This year’s World Cup has a few firsts making this viewing experience unique: It’s the first World Cup held in the Middle East, and it’s the first World Cup held in the Northern Hemisphere’s winter. This means matches will kick off quite early in the morning for most Americans, with 5 a.m. ET matches for the first eight full days of the tournament (that’s 2 a.m. PT). Fortunately for U.S. men’s national team fans, every group-stage match for Gregg Berhalter’s Americans will kick off at 2 p.m. ET. The earliest a USMNT game could be is 10 a.m. ET in the knockout rounds.

If you want to know how to watch World Cup 2022 in all its glory — all 64 matches on live TV — you’ve come to the right place. (Scroll to the bottom for the full 2022 World Cup TV schedule.)

On the English side of things, Fox will air 35 matches while FS1 will air 29. Big Fox will air every USMNT game with one possible exception: If the U.S. finishes second in Group B, FS1 will air its Round of 16 match because it would take place on a Sunday and Fox is prioritizing the NFL. The World Cup TV schedule is subject to change, but it’s unlikely Fox will replace NFL with soccer, as it hasn’t scheduled any Sunday matches on Fox except for the final. Fox is even refusing to air Mexico-Argentina, one of the biggest group-stage matches of the tournament for an American audience, on Fox, putting its college football product ahead of El Tri.

Fox has promised 98 hours of studio programming, including daily one-hour pregame shows plus buffer programming between matches and at least 30 minutes of postgame for USMNT games. Additionally, World Cup Tonight will air at midnight across the country (regardless of time zone) on Fox to recap the day’s events. In all, Fox networks plan to air 226 hours of World Cup coverage.

Fox will announce the lineup of broadcasters it will use in the summer. You can expect all the regular Fox soccer announcers — Alexi Lalas, Rob Stone, Stu Holden, John Strong, etc. — to be involved. Fox has not yet said if its studio productions will be broadcast from Qatar or back in Stateside or if its match announcers will be on location, a studio in the U.S. or a mix of both. Fox had a team in Russia four years ago when the U.S. didn’t qualify for the 2018 World Cup, but most of the match announcers called the games from a studio in Los Angeles.

The tournament is broken down into two phases: group stage and knockout stage. The 32 participating nations have been divided into eight groups of four, with each team playing every team in its group once (three matches). The top two teams from each group (16 in all) advance to single-elimination knockout matches until a champion is crowned. During the group stage, matches will be played at 5 a.m., 8 a.m. 11 a.m., and 2 p.m. ET. Knockout round matches are at 10 a.m. and 2 p.m. ET. The final on Dec. 18 will kick off at 10 a.m. ET.

FIFA has condensed the schedule into the shortest World Cup since the tournament was increased to 32 teams, meaning more matches have been squeezed into a smaller window. The 2018 World Cup was three days longer.

The opening match sees host Qatar take on Ecuador at 11 a.m. ET on Sunday, Nov. 20. The first full day of action sees England take on Iran in the Group B opener at 8 a.m. ET, Senegal face the Netherlands at 11 a.m. ET and the USMNT playing Wales at 2 p.m. ET.

Another World Cup first is a feast of football on Thanksgiving Day. FS1 will air two early matches (Switzerland-Cameroon, Uruguay-South Korea) before using the two later games (Portugal vs. Ghana, Brazil vs. Serbia) to transition straight into its NFL coverage. Last year, Fox found great success broadcasting the first MLS playoff game on Thanksgiving ahead of its NFL coverage, and having stars like Cristiano Ronaldo and Neymar before whatever boring NFL game is on Thanksgiving Day should increase World Cup TV ratings.

The day after Thanksgiving, known in the U.S. as Black Friday as the biggest shopping day of the year, also presents Fox with a huge ratings opportunity. While many Americans are out shopping that day, many more stay home in a food coma, stuck on the couch with nothing but college football to watch. The USMNT vs. England match could set viewership records for a men’s World Cup in the U.S. (though likely not overtake the overall record, which belongs to the 2015 Women’s World Cup final).

Working against big TV ratings in the U.S. will be those who refuse to watch the tournament to boycott the fact Qatar is hosting. In addition to countless allegations of corruption in the voting process to award the tournament to Qatar, the nation has been accused of using what amounts to modern-day slavery to build its stadiums. Additionally, the Muslim nation outlaws homosexuality, punishable by death in some cases, leading many to decry holding the world’s greatest sporting event in a nation that does not accept all humans.

*Note: Channels for final group-stage matches, which are simultaneous kickoffs, are subject to change as the most important match will be put on Fox/Telemundo with the other on FS1/Universo.

Below is the full World Cup TV schedule for anyone who wants to know how to watch World Cup 2022. Bookmark this page and check back later for any changes in the schedule (including the addition of Telemundo coverage information). If you want to attend in person, click here to learn how to buy tickets. 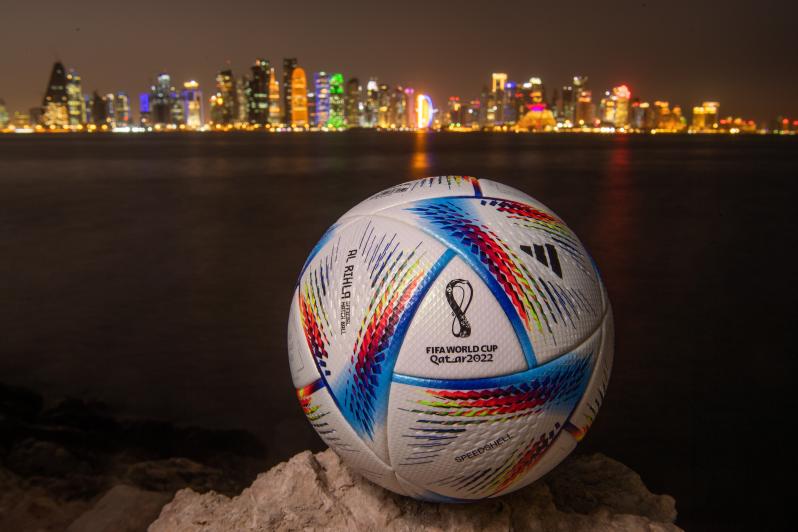