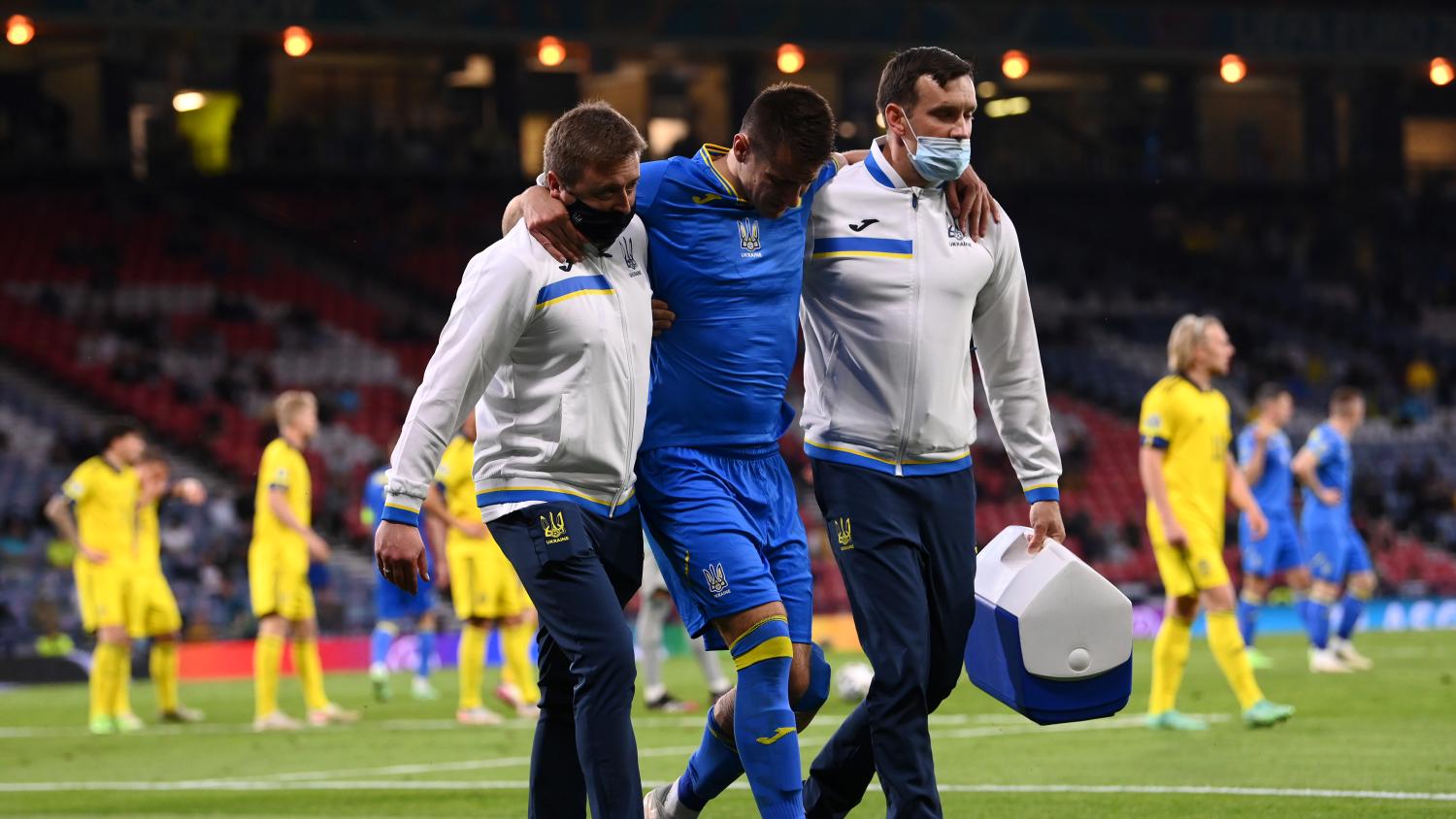 If you have a queasy stomach from injuries viewer discretion is advised.
Getty Images

The Round of 16 duel between Sweden and Ukraine finished with the underdogs Ukraine claiming a 2-1 victory. A disturbing Artem Besyedin injury in extra time put a major damper on the mood.

Swedish defender Marcus Danielson was rightfully shown a red card after VAR review for an extremely high and dangerous tackle on Besyedin.

Warning: If you get uneasy or would prefer not to see the Besyedin injury video then I advise you quickly scroll past the following video/photo. 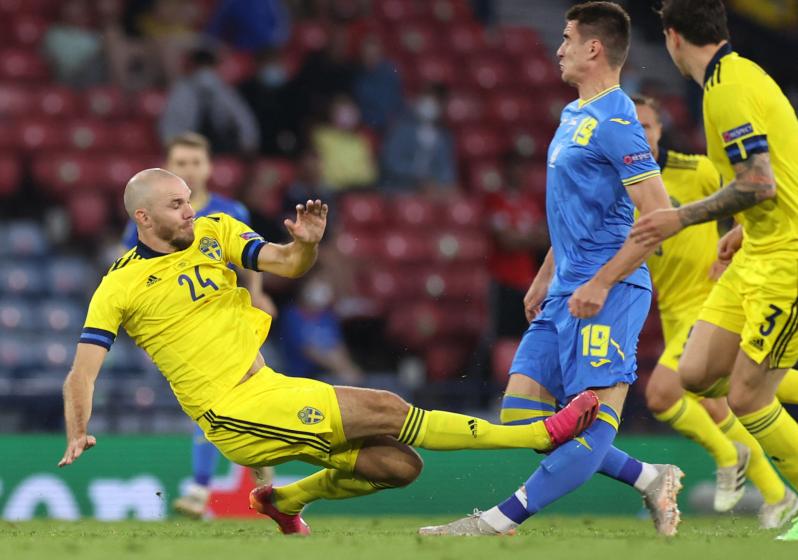 Sweden down a man after a horrid tackle from Danielson pic.twitter.com/P94oIUECkh

Hopefully the damage is only a hyperextension and Besyedin has a speedy recovery.

Unless you’re a Sweden or Ukraine fan, this game dragged on especially in extra time. The first half had almost all the excitement. Manchester City ace Oleksandr Zinchenko got the game’s opening goal in the 27th minute with a sizzling volley.

Sweden was the heavy favorite coming into the Round of 16 tie and was stunned to be behind. One man has put the Scandinavian nation on his shoulders in these Euros and his name is Emil Forsberg. He honestly deserves an article of his own.

Forsberg tied the game at 1-1 on the stroke of halftime with his fourth goal in four games. Go on you Swedish beauty.

The next 75 minutes dragged harder than a dog’s butt on the carpet when it surfboards down the living room. That might be a little bit of an exaggeration as there was a 60-second span when both sides hit the post. Forsberg was inches away from a hat trick in this game as he hit the post and the crossbar in the second half.

The magical moment for Ukraine came in the 121st minute. Artem Dovbyk decided to put all the neutrals watching out of our misery and avoid a penalty shootout. The moment came courtesy of five-star service from Zinchenko.

UKRAINE WIN IT AT THE DEATH!!

THIS TOURNAMENT IS THE BEST pic.twitter.com/xutRg0Ceem

Dovbyk’s goal was the second-latest goal in Euro history.

Ukraine’s reward for defeating Sweden is the honor of getting its cheeks clapped by England in the quarterfinals. Get excited Ukraine.