Why We Love Soccer: Why It’s The Best Sport And How It Came To Be So 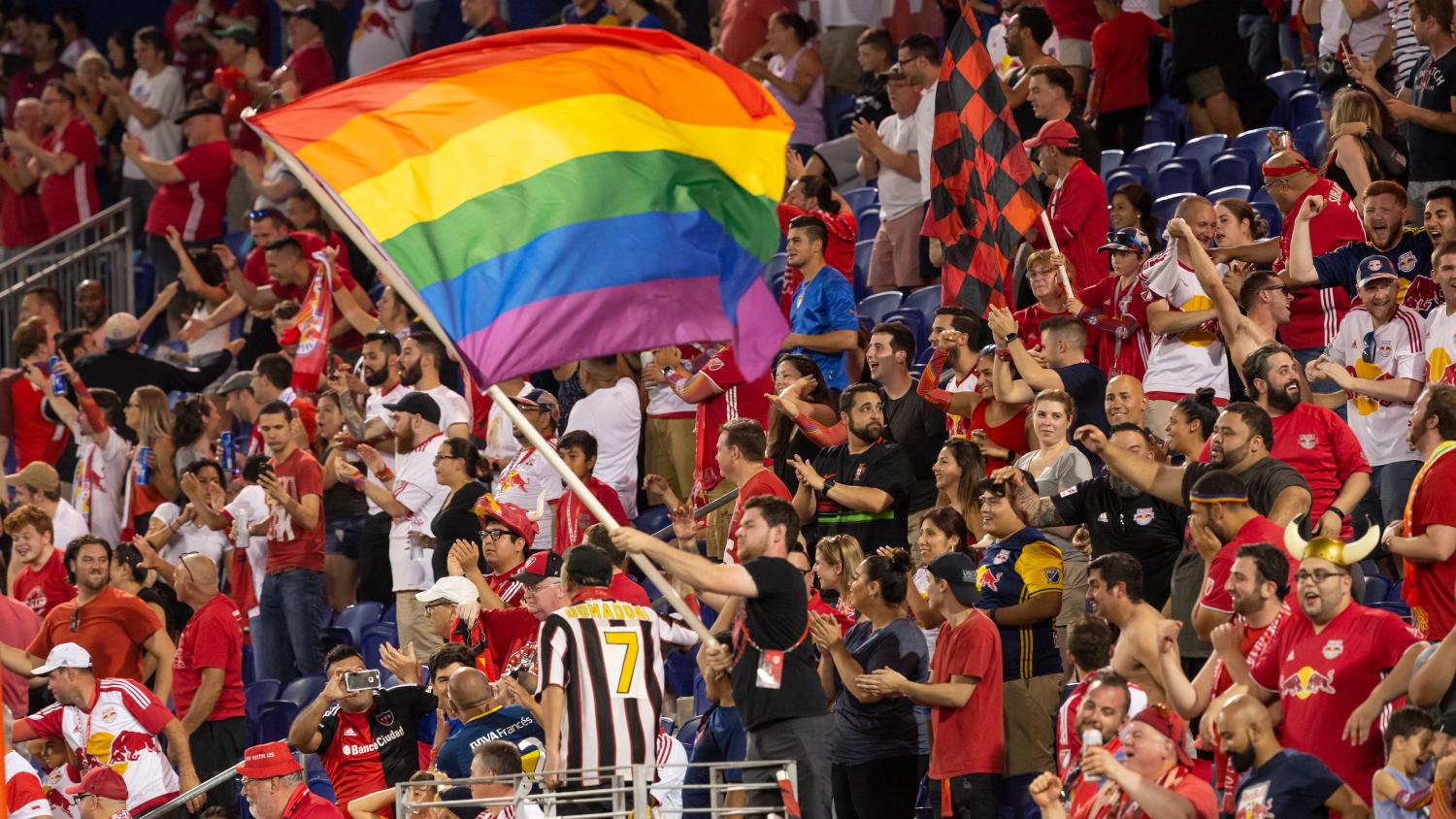 We all love it, but why is soccer the best sport?
Shutterstock.com

It can be hard, being a soccer fan in the United States. It’s the land of the free — freedom to watch countless different sporting events of varying quality. Just the other day cornhole (yes, the lawn game mainly played at tailgates) was on ESPN. So with all the options available, it’s important to remember why soccer is the best sport.

Or, at least, why we love soccer.

Best sport, of course, is mostly subjective, not objective. Subjective, for those of you unfamiliar with how objective news outlets like the failing New York Times work, means its based on personal viewpoints. What’s best for one person may not be best for someone else.

In the U.S., there are so many different sports to enjoy. We’ve got American football, basketball, baseball/softball, ice/field hockey, volleyball, eSports, golf, tennis, auto racing, horse racing, track and field, rugby, MMA/boxing, bowling, cricket, darts, cornhole, horseshoes and the countless variations of Olympic sports, from bizarre race-walking to mundane different ways you can skate circles around a rink.

In the U.S., potbellied, nacho-grubbing, Busch Beer-drinking American football fans often look down upon soccer fans. So let’s examine why soccer is the best sport.

Why Soccer Is The Best Sport

First, if we look strictly at numbers, we can definitively say soccer is the most popular sport. Thus, it’s easy to conclude it is therefore the best sport. However, we want to dig deeper at the why.

Explaining why soccer is the best sport comes down to one unassuming fact: Soccer is the simplest, cheapest, easiest sport for anyone to play. All it takes is one round object and you can play soccer. This low barrier for entry makes soccer an objective choice as the best sport in the world. (Running competitions technically have lower barriers for entry, but the dearth of teamwork and creativity knock them out of the running for best sport.)

Because it is so easy to play soccer in various forms, kids (and adults) from around the world can play regardless of their socioeconomic standing. Players in developing nations need only fashion a ball out of whatever they can find and start playing the game. Other major sports require extensive requirements, such as a bat for baseball/cricket, hoop for basketball, oddly shaped egg for football (plus the expensive pads and helmets) and ice skates (and ice or another hard, flat surface) for hockey. No sport can be simplified better than soccer.

This, combined with the fact the women’s game is identical to the men’s game, makes soccer egalitarian and inclusive, allowing everyone to enjoy the world’s game regardless of gender, race, religion or sexuality.

In addition to its simplicity, soccer combines all the best facets of a number of different sports. Looking at why soccer is the best sport in comparison to others, you can take some of the best traits of other major sports and find an equivalent in soccer.

Soccer has the free-flowing nature of hockey, the creativity and freedom of movement of basketball, the skill and precision of baseball and the athleticism and tactics of American football. What more could you want?

Soccer has the tension of golf or playoff baseball, building up to the crescendo of a goal-scoring opportunity that’s more intense than anything American football or basketball can produce. It has the fan bases of college American football, where rivalries burn deep inside the culture.

It’s also the perfect spectator sport, always easy to follow no matter your interest. Whether you’re at the match or following on TV, it’s not hard to keep track of like tennis with its convoluted scoring or American football with its obscure rules. When you’re watching at home, it’s just as easy to watch from the edge of your seat as it is to watch while doing chores, looking up only when the announcers’ volume raises in excitement and anticipation. No sport has bigger watch parties than soccer, and because it’s so simple, everyone understands what the object of the game is, unlike cricket or baseball.

This is a soccer website, so of course we’re going to have plenty of reasons why soccer is the best sport. But it really comes down to what suits the individual.

Many soccer fans picked the game up from a family member or a close friend. Some started following the sport because of their love for the FIFA videogame series. Others just like the fitness aspect to stay in shape. There’s no wrong reason.

Likewise, if someone tries to tell you soccer is not the best sport, they’re more than entitled to their opinion. But we here at The18 will vehemently disagree. (And if someone says it’s football, not soccer, they can STFU because we don’t discriminate based on vocabulary.)

If you want to know why each of us at The18 loves the sport, check out our team page where each of us give our take.

How Soccer Became The Best Sport

So now that we’ve determined why soccer is the best sport, let’s examine how it came to be so. To do this, we must look at the history of sport in general.

While many associate soccer as a game invented by the British, similar sports sprung up independently in China and Greece. Ultimately, however, the game as we know it today began in 1863, when the first football association rules were written down, though they’ve changed plenty over the decades.

The era during which the game of association football (soccer) developed coincided with England as a world colonial power and the Industrial Revolution. As more people had more leisure time, sports like soccer grew in popularity. Then, the combination of England’s imperialism and its strong navy/economy meant soccer, the most popular sport in the British Isles, spread throughout the globe.

This is a major simplification, but you get the point — England had the money and the means and the world fell into line. Of course, much of the world got sick of the British countries lording over the game and had no problem starting the World Cup without them.

It may actually be easier to explain why soccer isn't the most popular sport in some areas, which this video does quite well.

The point is, when it comes to why soccer is the best sport, it’s subjective and complicated.

In the end, it comes down to the simplicity of the beautiful game.