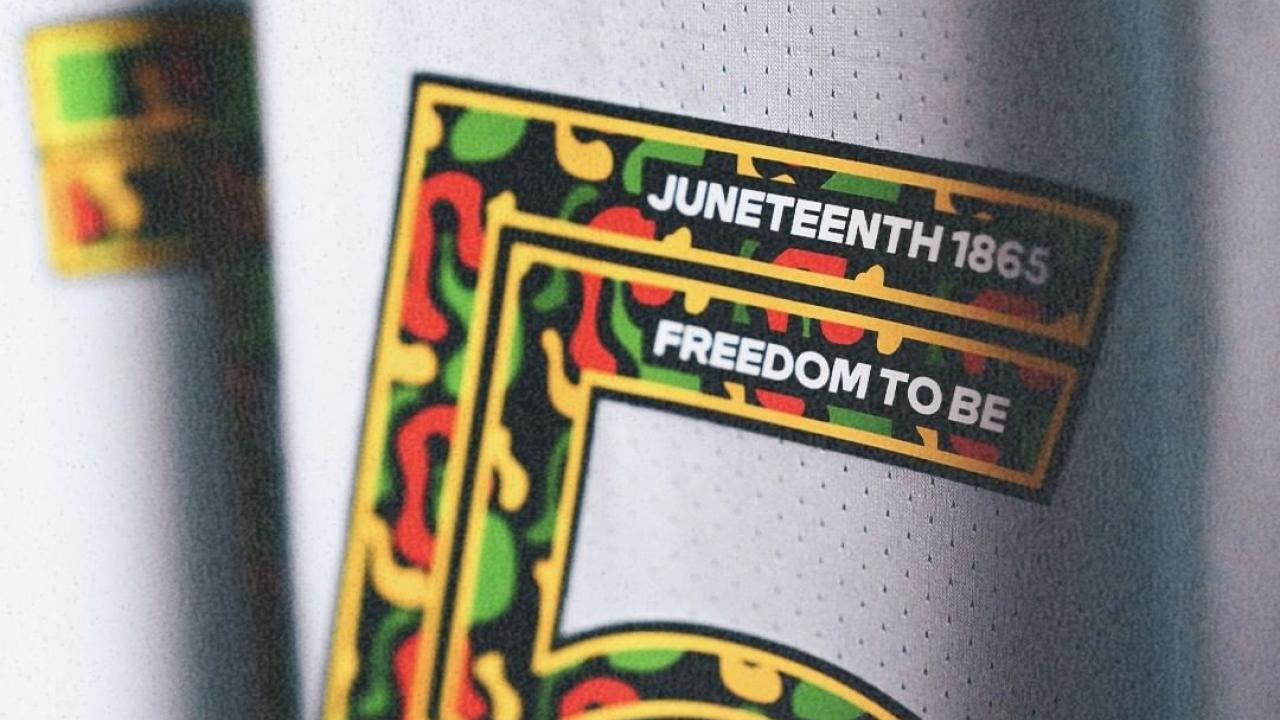 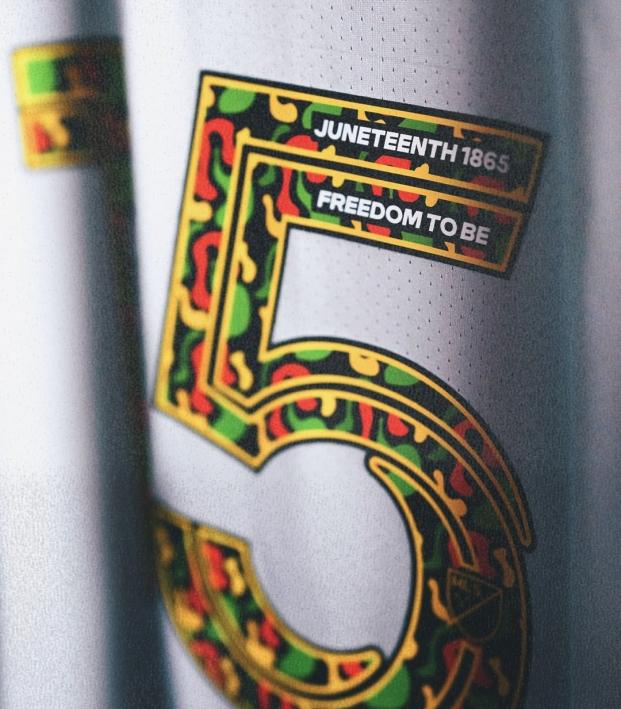 Major League Soccer is commemorating Juneteenth 2022 with special “Freedom To Be” kits. Every club over the June 18-19 weekend wore MLS Juneteenth jerseys, which will then be auctioned off to benefit Black communities chosen by every MLS club.

Designed by Judah “Tip” Middleton, a queer Black artist from Alabama, the MLS Juneteenth jerseys feature shirt numbers displayed in vibrant yellow, green and red to represent the blood, soil and prosperity of Africa and its people.

This weekend, every club is wearing Juneteenth-inspired numbers designed by @JudahMiddleton_.

Proceeds from game-worn jersey auctions will benefit organizations supporting and uplifting Black communities in the markets of MLS clubs.

The shirts were designed in collaboration with Black Players For Change (BPC), which was formed by Black MLS players, coaches and staff in 2020.

“I am so excited to have the opportunity to create a design to celebrate the beauty and resilience of what Juneteenth represents,” Middleton said. “The freedom to express what it means to me as a Black queer woman was liberating and I look forward to partnering with MLS and Black Players For Change to share this with the world.”

The MLS Juneteenth jerseys were first worn on Saturday and looked great on a wide range of kits.

All proceeds support @RaveFound's mission, with a focus on youth in Black communities.

Juneteenth became a federal holiday in 2021, though it’s been celebrated since 1866, a year after the date for which it was named. Juneteenth represents June 19, 1965, the date the final slaves in the U.S. learned they were freed by the Emancipation Proclamation, which had been issued more than 2.5 years earlier. (For more on Juneteenth, click here.) It was also Father’s Day on Sunday, but Juneteenth has been around for about 50 years more than Father’s Day.

Today we celebrate the day where Black freedom went from being a dream, to a living reality. Not only is it a milestone day for @AustinFC, but also an iconic moment for our entire country.

The MLS Juneteenth jerseys will all be up for auction from June 20-July 5, with proceeds benefitting organizations selected by each club to benefit their local Black communities. Below is a list of the beneficiaries of the jersey sales. To bid on the jerseys, click here.

U.S. Soccer and the NWSL also celebrated Juneteenth on Sunday.

Recognizing Juneteenth is to create awareness of the holiday, to drive discussion, and to turn that discussion into action. In this season of change, we strive to do our best work every day encouraging allyship, inclusivity and belonging » https://t.co/g7Iov8WIUJ pic.twitter.com/jzg8jwCVhr