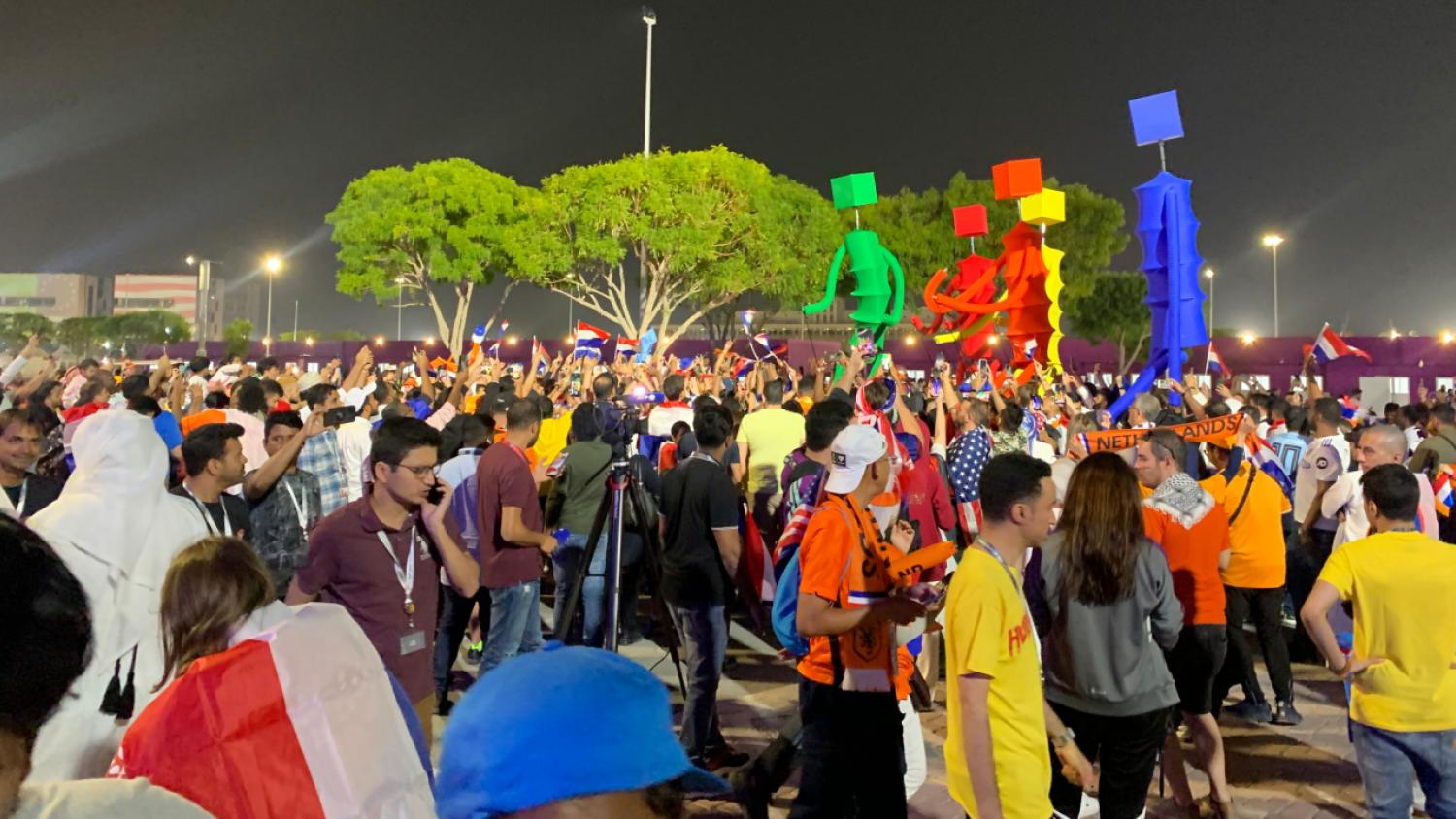 The U.S. had the support in Al Rayyan but the Dutch had all the quality.
Paul Lieser

The United States qualified for the knockout stage of the FIFA World Cup. It had been over eight years since the men’s team had last reached this stage, only to fall in overtime to a strong Belgium side in 2014. This time, the Netherlands stood between the United States and a place in the quarters.

The Dutch side was no stranger to making it all the way to the final match. Their world-class team was headlined by one of the top defenders in the world, Virgil Van Dijk, along with Frenkie de Jong, a speedy midfielder in his prime. Netherlands were clear favorites to win.

Outside every stadium at the tournament, FIFA staff handed out free flags of the competing teams. As I passed a long line for one of these booths, I heard, “No more American flags.” The United States held an overwhelming supporter advantage at the lit up 45,000-seat capacity Khalifa stadium.

The stadium filled up quickly. Small pockets of orange highlighted a mass sea of red, white and navy blue. I was seated in the American supporter section behind one of the goals low to the field. Winning mindsets and smiles filled the faces of everyone around me. Along with myself, many fans extended their stay in Doha to attend this match and empower the Yanks through their most significant game in eight years.

In the pit of the American supporters' section, we stood tall and rallied the entire game. Our voice had developed beyond the simple “U-S-A! U-S-A!” chants since the first game against Wales and into a myriad of different songs. The American fans drowned out any Dutch cheers. 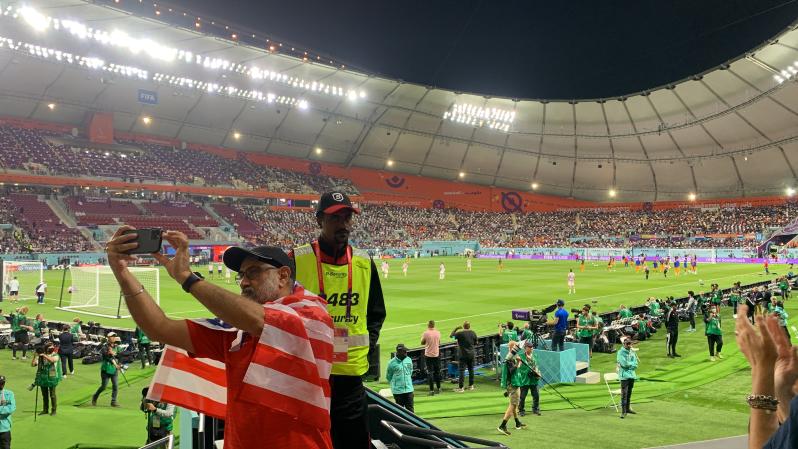 The first time we heard the Dutch supporters was after Memphis Depay’s unmarked goal to put Netherlands ahead 1-0. The goal hardly deflated the American crowd, and it wasn’t until Netherlands, in the same fashion, tacked on their second goal right before halftime when our belief started to fizzle out.

The United States were controlling most of the possession, but they played right into Dutch manager Louis Van Gaal’s master plan. The Dutch allowed the United States to command the ball, all while sitting back and deterring any serious threat to their goal. Netherlands played the counter attack game and hammered the United States with what seemed two simple goals.

When the second half kicked off, no doubt existed that the United States could pull right back into the game. Gio Renya started the second half, replacing our striker, Jesús Ferreria, who hadn’t played a minute in the previous matches. Gregg Berhalter will field many questions over starting Ferreria at all.

The United States sparked under the new substitutions with more chances. As the game wound down, all of a sudden, there was life. A goal for the United States. Somehow Hajji Wright flicked the ball miraculously over the Dutch goalie’s head and into the side-netting of the goal. Hope returned for the States.

The brief moment between Wright’s goal and the third Netherlands goal was the loudest of the game. The United States fought on, but too little time remaining in the game sealed the deal and the end of our World Cup run. Netherlands would advance as many predicted they would. An American upset just wasn’t in the cards. 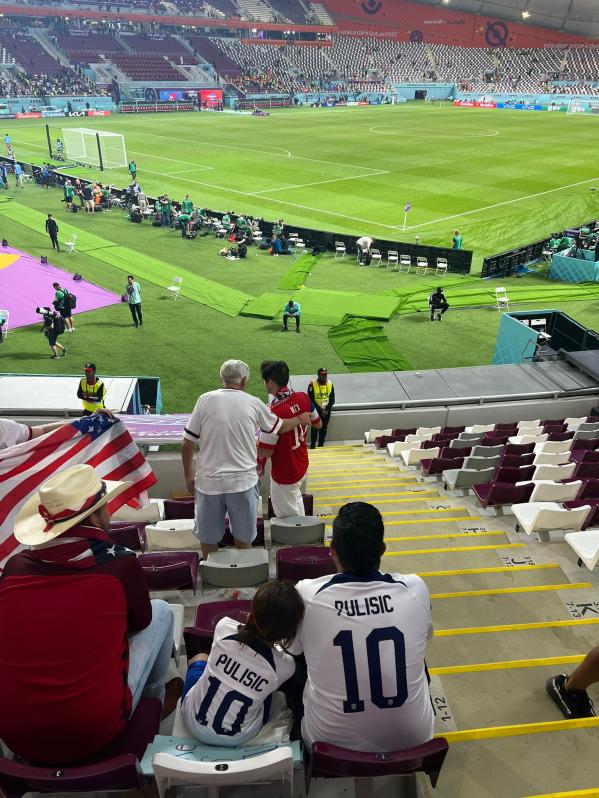 Cries of love and support toward the United States team didn’t halt. The team approached our fan section clapping us, led by Berhalter, and the American support returned the love with its second loudest clamoring of the game.

Over four years ago, the United States team suffered the most embarrassing moment of my lifetime when they failed to qualify for the 2018 World Cup. This time, our loss against the Netherlands felt tough for fans and players alike, but the team proved they belonged on the world stage.

The United States advanced out of the group, and even tied the tournament favorites, England. The inexperienced American squad boasted the second-youngest team of the whole tournament. Most every player will return for the World Cup coming home to the United States in 2026 and will still be primed under 30 years old. Changes of personnel will occur, but our team demonstrated that in four years the United States will offer danger to any opponent who has the misfortune to lineup against us.