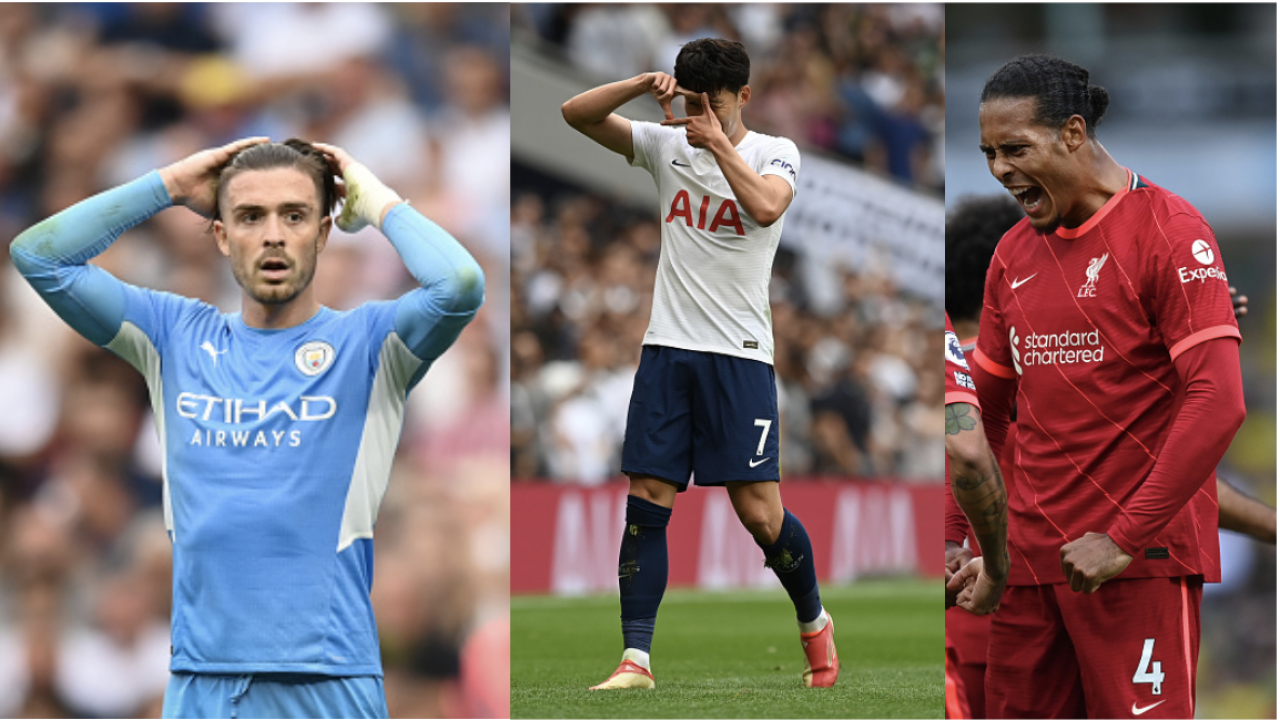 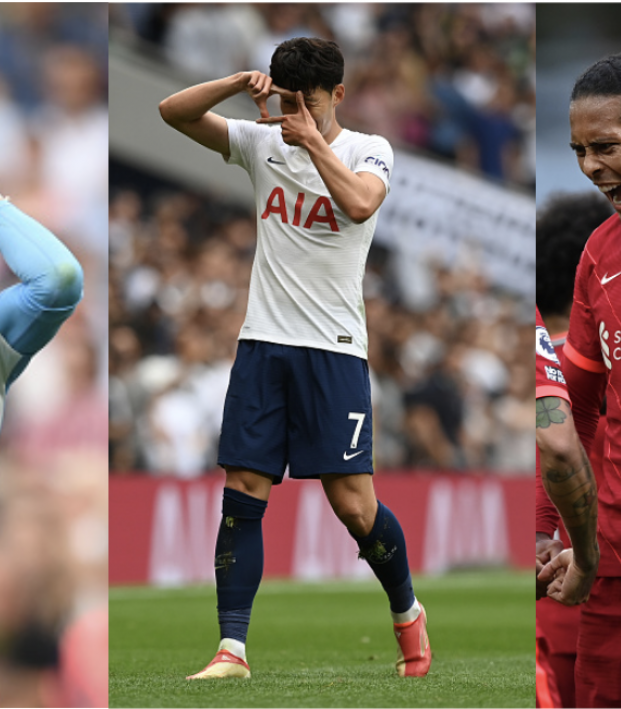 Winners and Losers From The First Week Of Premier League Play

With the Premier League kicking off this past weekend, soccer is almost back in full form around the world. As some top clubs had unreal losses, others shocked us with a win. There were numerous winners and losers from the first week of action back in the Premier League.

Things you love to see

So good to have fans back in #PL grounds pic.twitter.com/yfnWG1nuVk

Even though there were quite a few upsets through the first weekend, with two newly relegated teams securing their first wins, the real winners of week one were the fans. Not only were they let back into the stadiums, but they were also treated to some absolutely delightful soccer as not one match ended up in a tie.

Fans were absolutely spoiled with the match play in the first week. While some clubs' expectations fell short and others were delighted about the results, let's run through the biggest winners and losers from the Premier League's first week of fixtures.

These two clubs absolutely defied all expectations by defeating their opponents in their first game in the top flight of English football this year. As both clubs were just recently promoted to the Premier League, expectations were quite low for both squads. They quickly proved everyone wrong as both clubs got to a hot start in their seasons with decisive victories.

Brentford shocked the world with its first official match ever in the Premier League. The Bees truly could not have hoped for a better result in their first appearance. In the opening match of the 2021/22 season, they took down a much larger club in Arsenal. They defeated them two goals to none in an amazing effort at their home stadium.

CAN YOU BEE-LIEVE IT?

Even though expectations were low, Brentford deserved this win as the team outsmarted and outplayed Arsenal all the way through. Brentford held Arsenal in check on defense allowing only one solid chance throughout the match. Brentford will look to continue the excellent form against Crystal Palace where the fairy tale club could secure another win.

With another promoted club getting a surprising first match victory, Watford is one of the biggest winners on this list. With probably the best start the club could have dreamed of, Watford went ahead against Aston Villa 3-0 in the 67th minute. This came just a minute after long-time loanee striker Cucho Hernandez came onto play for the first time in the Premier League. It was Cucho’s Premier League debut and it took less than 60 seconds for him to find the back of the net with a stunning goal.

Watford would go on to concede two goals but held the lead in the club's first Premier League match since the 2019/20 season.

With one of the best performances over the weekend, VAR really proved everyone wrong. The updated Video Assistant Referee had an absolutely stunning first round of fixtures as there were hardly any problems on the pitch. Since VAR had been introduced, it has been riddled with controversy and has always been far from perfect with toenail offsides and record numbers of penalties. But after the Premier League made the change to the same VAR system as other leagues like the Champions League and the Euros, we can finally take a deep breath.

The Premier League is back and there are some new rules on VAR, Handball and Offsides - here's all you need to know pic.twitter.com/evmO7gfyHf

The new VAR allows for more contact and tries to allow the flow of play to continue when it should. Following the first round of fixtures in the Premier League this year, it seems as if this new change will make an incredible difference. VAR was used immensely less than usual throughout the first week as we saw the flow of play on the pitch go smoothly. I will be cheering on VAR all year to help bring us some more quality soccer and less frustration and confusion.

With rumors swirling around the Manchester United midfielder about his future with either PSG or United, Pogba blocked out everything and played superbly well in the match against Leeds United. Pogba dished out not one, not even three, but four incredible assists to lead his squad to a five to one victory.

He let everyone eat for the day, supplying Bruno Fernandes a hat trick and setting up Mason Greenwood. He becomes the first Manchester United player ever to have four or more assists in a single Premier League match.

In Spurs' first match under new head coach Nuno Espírito Santo, the Tottenham squad exceeded all expectations against returning Premier League champs Manchester City. With all kinds of factors working against Tottenham like dealing with the Harry Kane transfer saga and worrying about the potential overhaul to the squad, they really came together to play a great match.

We'll be watching this on repeat all day!

Tottenham surprised almost everyone with the victory over Man City in the first fixture of the year. But it wasn't just the victory by itself, it was the triumph during some extremely turbulent times for the club that gets them to the winner category. Spurs showed Kane that they could win without him, and better yet they can beat the club trying to buy him too. The effort by the whole squad was very impressive as expectations were quite low going into it.

Liverpool lands here in the last winner spot not because the Reds bested Norwich City in the first fixture 3-0 at Canary Road, but becuase they finally got their defensive line back. Ever since superstar defender Virgil Van Dijk went down nine months ago, Liverpool has yet to be the same club. The club now has both Virgil and Joël Matip back together after both having injury-riddled 2020/21 seasons. Opponents' front lines should be shaking.

Liverpool lost as many PL games (8) following his injury last season as in his 96 PL apps for the club pic.twitter.com/NFAXlbWBFT

Already being one of the top clubs in the world, Liverpool now has a very real chance to take home the Premier League title with the squad returning to full health.

I mean do I really need to say much here? If you lose to a recently promoted team in your first match, you have failed hard. But Arsenal didn't even do that, they managed to lose to Brentford in the Bees' very first Premier League match ever!

There's not much else to say, Arsenal left the pitch after the first match in utter disbelief after the shocking defeat. Let's start guessing, over-under two weeks for Mikel Arteta's job?

In a display of pure disappointment, the Leeds United fans took their time back in stadiums to chant some pretty horrible stuff. Starting off with sick taunts towards England players Jadon Sancho and Marcus Rashford for their penalty mishaps during the Euros. Then they continued on filling the air with something past competitiveness and into the range of hatred by chanting about the Munich Air Disaster. Stay classy Leeds.

Leeds United fans chanting ‘Sancho and Rashford, you’ve let the country down’ before their match against Man United. pic.twitter.com/JpfLKtrmJi

Man United weren't saints either as there were reportedly Turkish flags thrown into the away stands. This is a reference to the two Leeds fans stabbed to death by Galatasaray fans in Istanbul in 2000. The fans finished their horrible day in the stands by calling Rio Ferdinand some bad names, a man who had played for both clubs during his career.

Certain expectations come with being the returning champions of the Premier League, as well as having the best head coach and the highest payroll too. The expectations are for your club to absolutely dominate anyone and everyone. But as we all know, City was shocked by Tottenham in the first match of the season, giving up two goals and failing to get any back. When your starting players and bench are worth over a billion dollars you'd expect to get a result.

City had the most expensive starting lineup in Premier League history with the average price of every player around 50 million euros. City also played Spurs who were without Harry Kane, a player City has been trying to buy. I guess money doesn't fix everything, especially when you don't have a real striker on the team.

In some not-so-surprising news, Newcastle looks to be in for another long, dreadful year trying to escape the clutches of relegation after starting off on the completely wrong foot. After going up 2-1 against West Ham at their home stadium, things quickly turned for the worse for the Magpies as they ended up losing 4-2.

It wasn't the worst loss in the world, as West Ham is a quality team, just if you get thrashed like this at home in the first match of the season, the future is not looking bright.

With so many different winners and losers from the first week back in the Premier League, every fan has something to look forward to with the season underway. Actually, maybe not Arsenal fans.