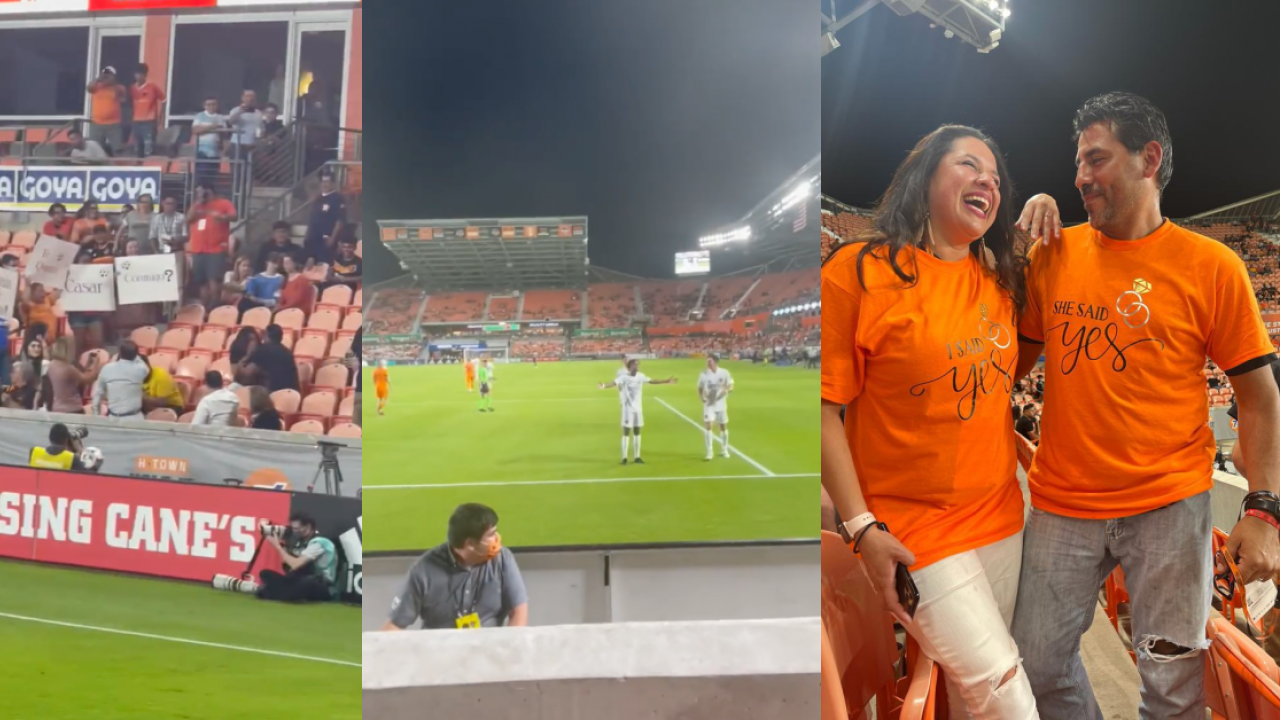 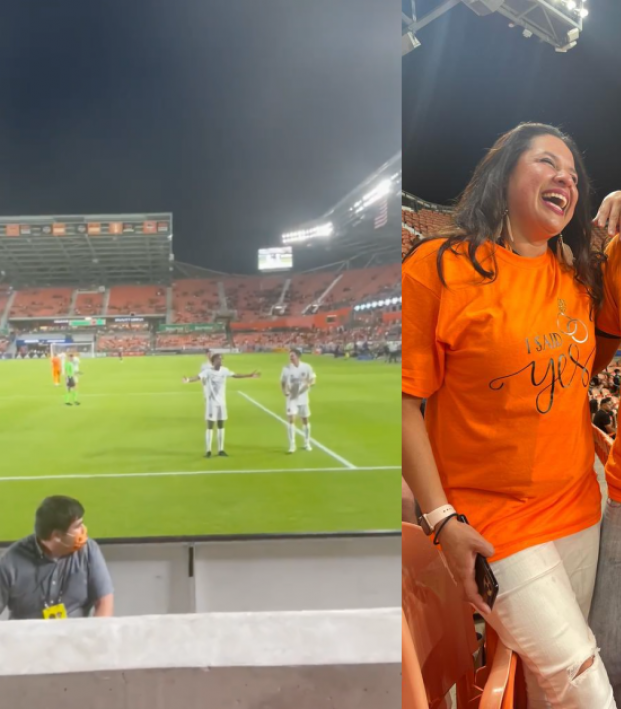 The Houston Dynamo are in a heated race in the standings as we head into the final stretch of the MLS season. With just a few matches left, Houston leads rivals FC Dallas and Austin FC for the “First Place In Texas And Not Last Place In The West Cup” I just made up. But the Dynamo stumbled in their attempts to not suck as much as the other Texas clubs with a 3-0 loss to the LA Galaxy on Wednesday night, a match highlighted by a Houston Dynamo proposal fail.

A Sacha Kljestan penalty and Zarek Valentin own goal right before halftime put the Dynamo down two at the break. But that didn’t stop one Houston fan from getting down on one knee to propose just as the second half began play.

The second the two stood and kissed to celebrate their engagement, the Galaxy’s Kevin Cabral interrupted their moment by scoring the third goal to put the match away.

That’s not exactly the best way to start a happily ever after together. But hey, the Dynamo were going to lose anyway, so at least their proposal has now gone viral.

And we can confirm, she said yes.

And the Galaxy offered to send the couple a pair of Cabral jerseys as an engagement gift.

It’s been a rough year for Dynamo fans, and this marriage proposal kind of sums up the season the club has been having. In fact, it’s been a pretty bad time to be a Houston sports fan in general. Aside from the Astros, who are currently beating the New England Revs of MLB in the ALCS, the Texans have been absolute garbage from top to bottom ever since Kealia Watt’s husband left the team, the Rockets don’t have a single player you have ever heard of and will probably finish dead last in the NBA again and the Dynamo are struggling just to not finish last.

At least the Dash might make it into the NWSL playoffs for the first time ever, though even that might not happen after two consecutive losses.

As for the Dynamo, despite getting new ownership and finally getting rid of ineffective GM Matt Jordan, the club is set to finish at or near the bottom of the Western Conference for a second straight year, with one playoff berth in the last seven years. With three matches to play, the Dynamo have 30 points and hold narrow leads over FC Frisco (28) and McConaughey FC (25) for last place in the West, though both Texas rivals have a game in hand.

While Tab Ramos probably needs more time to see what he can do as coach, he definitely needs better players, as the club hasn’t developed or bought the type of players needed to succeed in the current MLS.

Maybe the newly engaged couple can produce an academy talent in 18 years.