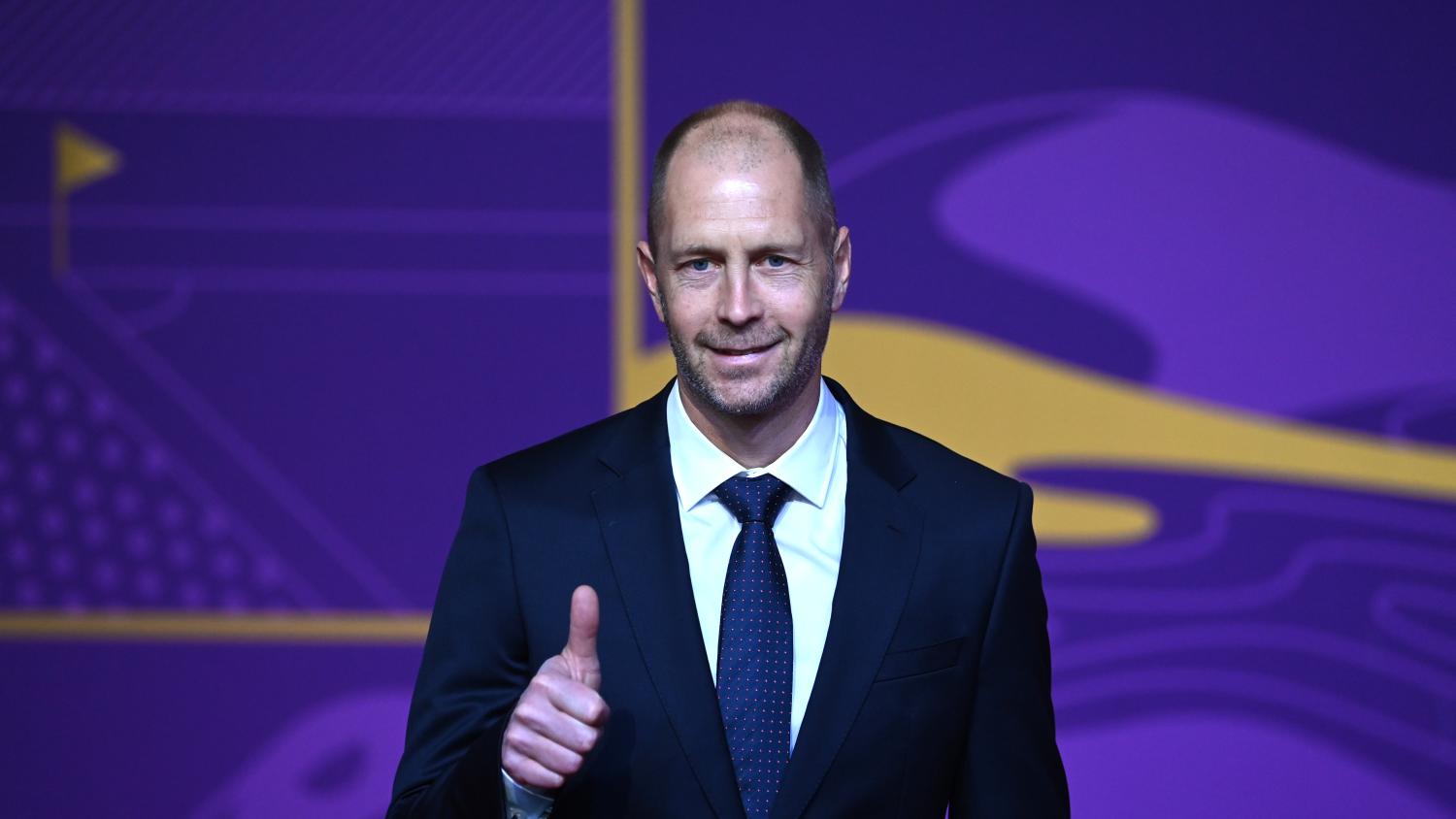 The USMNT is in a winnable group, but it’s not all good news.
Getty Images

No, this isn’t some cruel April Fools’ Day joke. The USMNT World Cup group really is one perhaps the most interesting possible group the Americans could have drawn on Friday.

The U.S. will play England, Iran and the winner of the European playoff — Ukraine, Scotland or Wales — in the 2022 World Cup starting in November. It’s a fascinating group for many reasons, and one from which I think most USA fans will expect their team to advance.

Group B is set:

WC groups are out! pic.twitter.com/ZOSM2JcTZh

Here are three good things — and three bad things — about the USMNT World Cup group from a U.S. perspective.

1. This is a navigable group

Aside from drawing Qatar from Pot 1, I think a lot of Americans were hoping to get England in the group stage. While not the weakest Pot 1 team by ranking (fifth), England doesn’t have a great history of success in the World Cup, only winning once, on home soil. The USMNT is undefeated against England in World Cup play, winning in 1950 and earning a draw in 2010 (finishing first in the group that year). That said, England usually makes it out of the group stage, reached the semifinals four years ago and represents the toughest challenge in the group.

By FIFA ranking, Iran was the second hardest in Pot 3 at No. 21 in the world. But Iran has never gotten past the first round of a World Cup with just two wins and four draws in 15 all-time World Cup matches. But one of those wins came against the U.S. in 1998; the other was in 2018.

The UEFA playoff is a wildcard. Wales, ranked 18th in the world, would make Group B the hardest of all the groups by FIFA ranking. Ukraine (27) and Scotland (39) are not easy draws, but teams the U.S. won’t be afraid of playing.

While you never want to look too far ahead, it’s worth noting if the USMNT makes it through the group stage it would go up against a team from arguably the weakest group in the tournament.

Group A includes Qatar, Ecuador, Senegal and the Netherlands. The Dutch will be expected to win the group, and they wouldn’t be an easy Round-of-16 matchup if the U.S. finished second. But the other three teams in that group, if the Americans can win the group or the Dutch stumble, represent a winnable game in the Round of 16.

Compare this to Mexico, which if it can get out of a tough group with Argentina, Poland and Saudi Arabia would likely play France or Denmark.

3. The geopolitics will make this fun

No matter how the games finish on the pitch, it’ll be fun and interesting off the pitch.

One more positive note, without teams based too far east geographically, the matches will be scheduled to start at times that aren’t too early for fans to wake up to watch.

In most World Cups, teams don’t mind playing one of the early matches because it gives you more rest for the later rounds. In this World Cup, that’s not necessarily the case.

The USMNT will play the UEFA playoff winner on the opening day of the World Cup. While it means fans won’t have to wait to get into the action, it means the Americans won’t have long to prepare for the tournament.

Because FIFA shoe-horned a World Cup in Qatar played in November, players will only be released from their teams seven days before the World Cup starts on Nov. 14. That’s not a lot of time to get ready for what will be a challenging opponent regardless of who comes through the UEFA playoff.

Then again, MLS players who make the roster will be able to join up with the USMNT earlier, as the MLS season ends on Nov. 5. Maybe all of the USMNT players should transfer to MLS and tank in the playoffs to give the U.S. an edge.

2. While navigable, the U.S. could also lose every game in this group

I’ve seen a lot of chatter on social media about how this is an easy group but let me tell you: It is not easy. There are rarely easy groups at the World Cup to begin with, and this is not one.

England always has a top team with many of the world’s best players. Iran went 14-3-1 in World Cup qualifying with a plus-41 goal difference. Wales/Ukraine/Scotland play in the deepest confederation and won’t be afraid of anyone.

It’s quite possible the U.S. fails to win a game at this World Cup. There are no gimmes.

It could have been much worse, but let’s not fool ourselves into thinking this is a cakewalk.

I was hoping the USMNT would be drawn into Group G or H to give the Americans more time to prepare and, in a rare quirk, a USMNT game on Thanksgiving. I think the U.S. could have set ratings records with an afternoon game on Thanksgiving, a day on which Americans are already conditioned to watch football. Additionally, I think a lot of casual soccer fans will be confused by the USMNT be placed in a group with a team that hasn’t yet been determined.

That said, a Black Friday game against England is pretty enticing.