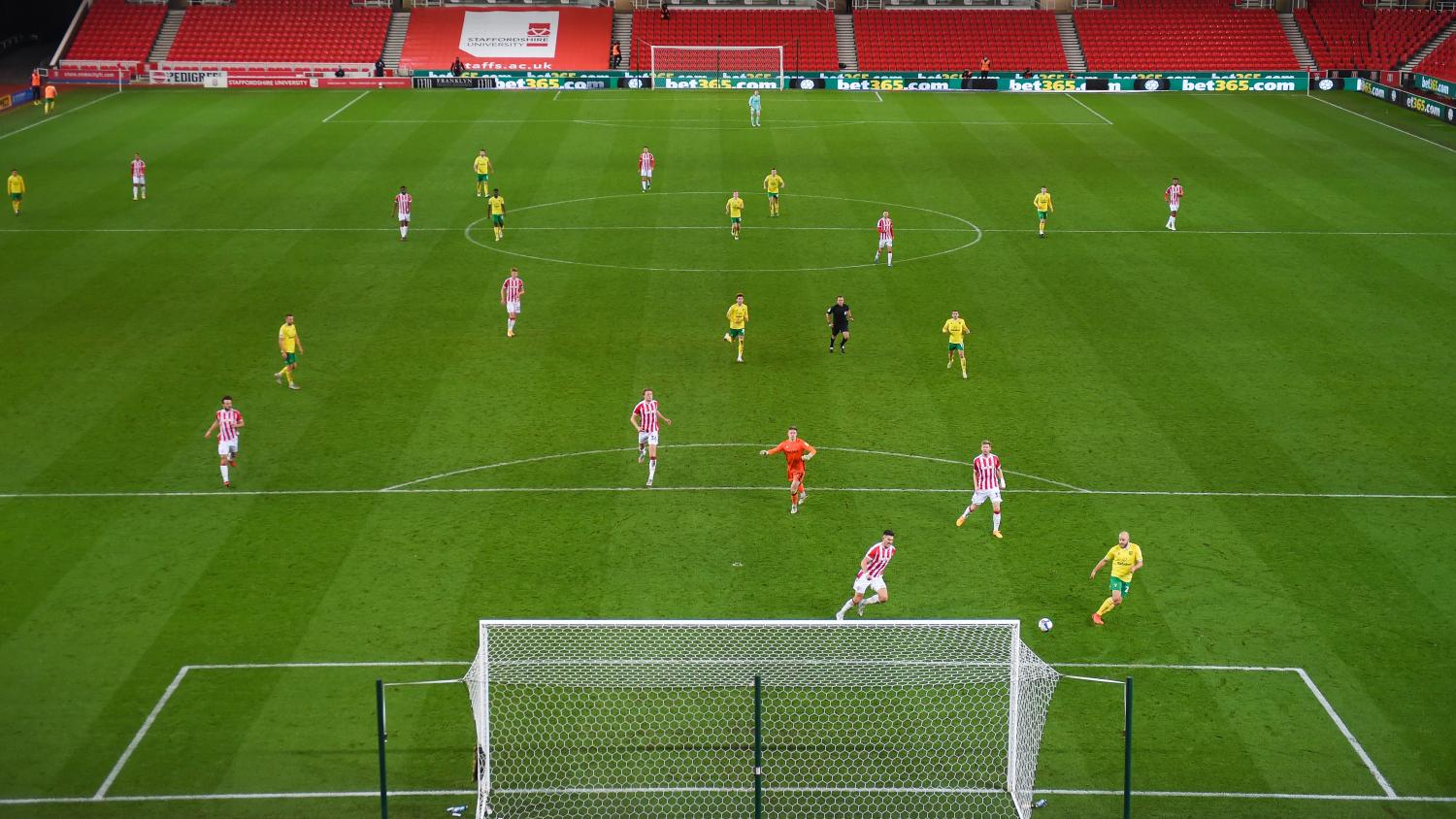 Stoke City manager Michael O'Neill was probably pretty happy with his goalkeeping situation to begin the season. Adam Davies won the starting job at the end of last season and was impressive. Jack Butland, though not the talent he was once prophesized to be, was as good of a backup keeper as you'll find in the Championship. Below them was a couple of promising keepers for the future.

After a brief relegation scare last year, this season started off promisingly. Davies proved he was a capable starter, notching three shutouts in the club's first five matches, and the club sat on the edge of the promotion playoff spots. Then things got a bit absurd.

Some clubs will feature seven goalkeepers in a decade, but Stoke has already used seven keepers just to get through the first three months of this season. Five different keepers have suffered injuries (including one just two days after he was signed) while another was sold. Stoke's fourth-choice keeper, a 20-year-old with zero appearances for the club, is now their starter.

All of this has led to a goalkeeping saga that seems almost too unbelievable to be true. Yet despite this insanity, Stoke still sits just a point off a playoff place.

Here is every goalkeeper to have suited up for Stoke (or at least appeared in the matchday squad), roughly in chronological order. Hopefully this can provide some explanation for such an extraordinary situation:

Davies is probably the most talented goalkeeper currently on the Stoke roster. The Welshman joined on a free transfer from Barnsley in July 2019, waiting patiently in line behind Jack Butland before winning the starting job with four games left last season.

Davies started the first eight matches of this season, keeping three shutouts in the process. But in the eighth match he came off at halftime with an apparent injury. The injury turned out to be a torn MCL, which will likely keep him out until the end of January.

A familiar name to fans of English soccer, half a decade ago Butland was the hottest young goalkeeper in England. Stoke's player of the season in 2015-16 gained nine caps for England, but he suffered a fracture-dislocation of his ankle in March of 2016 in a friendly against Germany. It was all downhill from there.

Butland has struggled to regain his form since and lost his starting spot to Davies at the end of last season. After starting this season on the bench, Butland, once worth upwards of $25 million, was sold to Crystal Palace for a mere $1.21 million.

Gunn, the unfortunate lad who was in goal for the unfortunate match when Southampton lost 9-0 to Leicester last season, joined on loan from the Saints the same day Butland was sold in October. After three matches on the bench, Gunn replaced the injured Davies, starting the subsequent three matches before he himself was injured. Gunn now faces six weeks on the sidelines, meaning he will likely be unable to play until the new year.

After Davies went down with injury, Noukeu was called up from the U-23 side to become Stoke's backup. The 19-year-old Cameroonian has yet to make an appearance for the club but has been named in the matchday squad seven times for the Potters. His rating is also 55 overall in FIFA 21, so don't expect to see him on the pitch any time soon.

Having sold one first team keeper and seen two others go down with injury, Stoke needed to recall the 20-year-old Bursik, who was on loan from League One side Doncaster Rovers. A loan spell at another League One side, Accrington Stanley, last season was the young Englishman's first taste of the Football League, having previously been on loan at non-league sides Hednesford Town and AFC Telford.

The Potters put Bursik, an England U-21 international, into the starting lineup immediately. After a rough first two matches (six goals conceded), Bursik has kept shutouts in his last two EFL Championship appearances.

Here is where Stoke's goalkeeping saga begins to get a bit absurd. With both keepers under the age of 21, manager Michael O'Neill figured he better bring in someone with a bit of experience. Mäenpää, a Finnish international with 26 caps to his name, was released by Bristol City at the end of last season, and on November 27 he signed with the Potters.

But after just two days with Stoke, Mäenpää suffered a thumb injury in training, ruling him out for at least a couple of weeks. The goalkeeping roller coaster belt continues.

After Mäenpää went down with injury, Stoke found itself in need of yet another keeper. Just five days after the Potters signed the Finnish international, the club added another veteran keeper, Andy Lonergan. The veteran shot-stopper spent last season with Liverpool as the club's fourth keeper/training keeper, winning the Premier League without playing a single minute for the Reds (he was named to the bench twice though).

The 37-year-old Englishman has not made a league appearance since March 2019, when he started a League One match for Rochdale, so it's unlikely he'll play for Stoke, but Lonergan was named to the Stoke bench for the club's most recent match against Wycombe (which happened to be the same day he was signed).

Broome doesn't technically belong on this list, as he was not officially named in the senior team, but he was in-line for a call-up after the injury to Gunn and would have likely been the backup to Bursik. Unfortunately, 18-year-old Broome picked up a shoulder injury and is out for the foreseeable future.