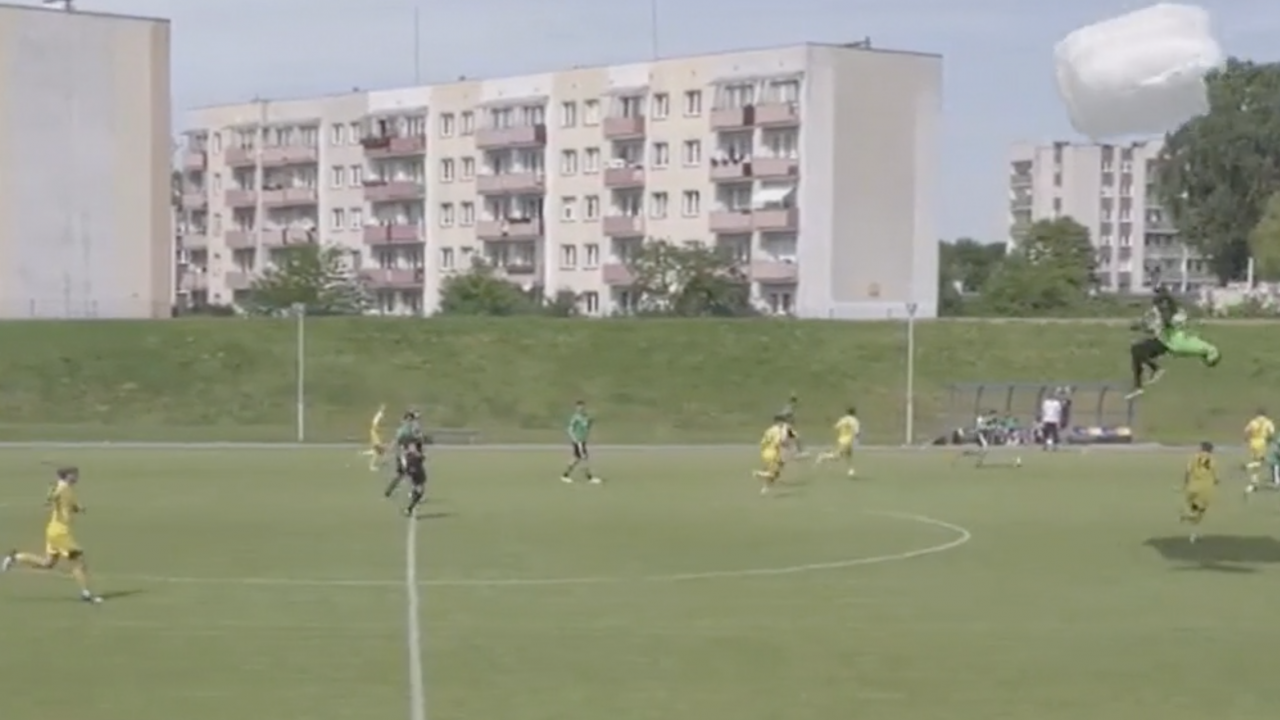 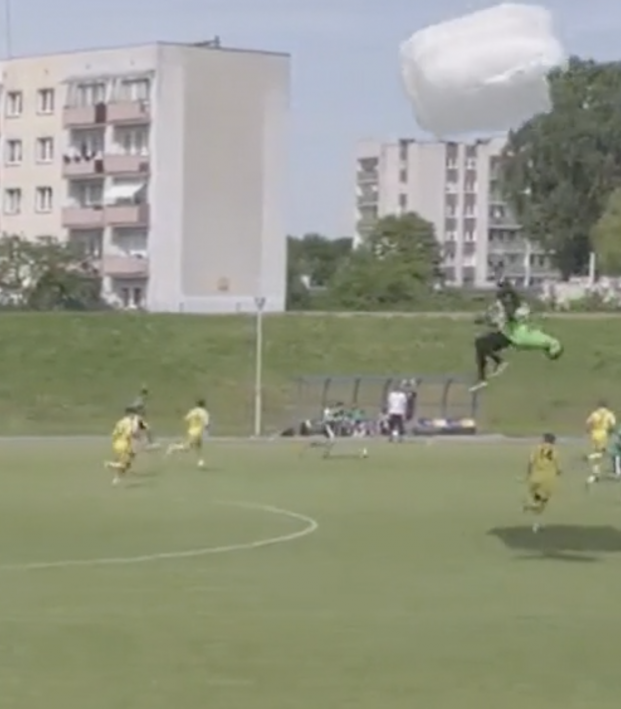 Incoming! Pitch Invader From The Sky Crashes Game In Poland, Gets Yellow Card

A fifth-tier game in Elblag, Poland, had an unexpected visitor from the sky. In the 65th minute of a Polish soccer game, a man with a parachute gracefully landed on the field to the surprise of everyone.

It’s great to see that the referee had a sense of humor and jokingly pulled out a yellow card. Some people have said the skydiver deserved a red. After all, he went into the tackle with both feet. Dangerous play. Others have speculated that the yellow card was for diving.

My favorite part of the video is that the commentator didn’t bat an eye at the incident. Literally, the man has no reaction to a human being dropping from the sky into the middle of the game he’s announcing. He probably rolled his eyes and thought to himself, “just another day in Elblag.”

Thankfully for the skydiver, the game between Olimpia II Elblag and Pisa Barczewo wasn’t close — the score was 6-1 when he touched down. If he had pulled this sort of stunt during Sunday’s Concacaf Nations League final, then he would have been treated worse than Fan Man in 1993.